GoPro today announced what sounds like a very handy accessory in the GoPro Remote. As you might have already figured out, the GoPro Remote is used to remotely control your GoPro cameras – up to five of them simultaneously, in fact. That means users can get their GoPro cameras set up or mounted and then take over most of the controls using the Remote.

GoPro says that the Remote offers “quick access to control the most-used camera functions, including powering on and off, mode changing and shutter button control.” The Remote is outfitted with four raised buttons and a display to tell you which camera is doing what. The Remote itself can be mounted, so if for instance you’re going on a bike ride, you could mount it to your handlebars as we see in one of the promo images GoPro shared.

As with most GoPro accessories, the Remote comes with at least some resistance to the elements – not only does GoPro tout its “rugged durability,” but it also says that the Remote comes with a “waterproof guarantee to 16 feet.” It uses Bluetooth Low Energy for connectivity and can control cameras that are up to 200 feet away. 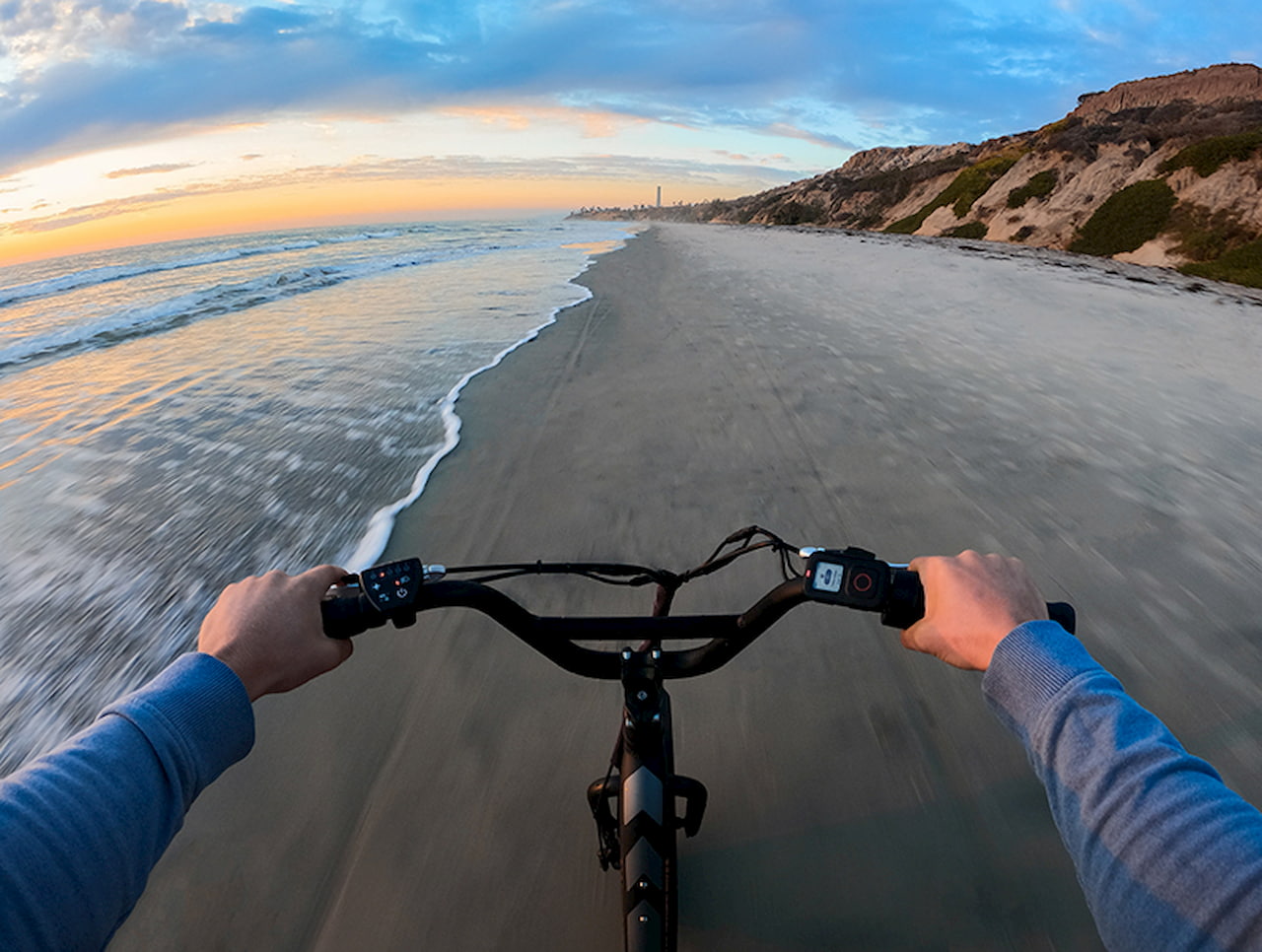 GoPro says that the Remote is compatible with the HERO 9 Black, HERO 8 Black, and MAX cameras, so it should be little surprise that all three cameras are getting a firmware update to enable Remote functionality today. In addition to adding that functionality, the HERO 9 Black’s firmware update is adding a host of new features. According to GoPro’s update notes, the firmware update will improve wireless offload speeds to the GoPro app by as much as 30%. It also improves HyperSmooth 3.0 performance in cold temperatures, adds a slo-mo slider button shortcut, and improves GPS lock accuracy.

The update also ships support for livestreaming via the Max Lens Mod and for the Pro 3.5mm Mic Adapter. GoPro also says that the update boosts wireless transfer speeds for the HERO 8 Black by 15% and the MAX by up to 20%, so those users are getting something even if they aren’t getting the beefy update that HERO 9 users are. In any case, the GoPro Remote is available beginning today in North America for $79.99, which is discounted by 30% fo GoPro subscribers. We’ll see it get a worldwide launch in February 2021.