Time crystals are back in the news, and not the ones from TimeSplitters. A study recently published in Nature builds upon previous research released earlier this year on time crystals, a new phase of matter that holds significant promise for the future of quantum computing. This time around, the researchers say Google’s Sycamore quantum hardware was used to observe a stable time crystal.

Unless you’re a physicist, the nature of a time crystal is likely difficult to understand. Researchers from Stanford University, one of the institutions behind the new study, describe this phase of matter as akin to “a clock that runs forever without any batteries.” Google attempts to further simplify things, explaining on its blog that time crystals feature atoms that form “an oscillating pattern […] in time.”

When someone thinks of crystals, they likely imagine something like precious gemstones. Those crystals feature layers of atoms that, if observed at the microscopic level, form repeating patterns in space. Time crystals differ — and seemingly break the laws of nature — by featuring atoms infinitely repeating in time without additional energy or entropy.

Stanford notes that time crystals do not, in fact, break the laws of physics, as their entropy “remains stationary over time, marginally satisfying the second law of thermodynamics by not decreasing.” The concept of time crystals — that is, of stable matter composed of atoms that form an oscillating pattern in time — was proposed several years ago, but the new creation of a time crystal is a huge milestone in the field of quantum physics (via APS Physics). 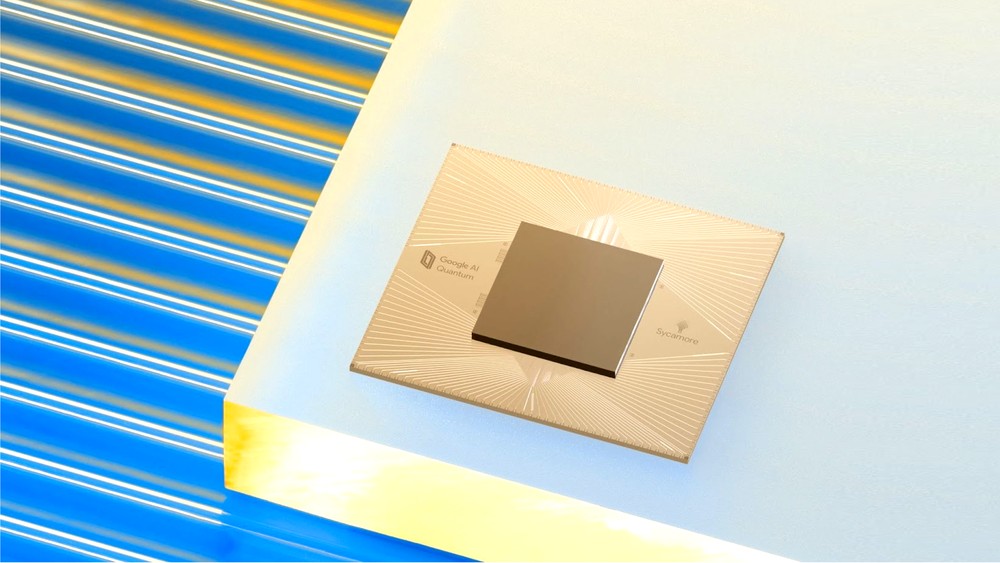 The new breakthrough comes from researchers with Google Quantum AI, Stanford University, Oxford University, and the Max Planck Institute for Physics of Complex Systems. This new development represents the first instance of a time crystal demonstrating what is called many-body localization, a state that past “almost-time-crystal” experiment milestones failed to achieve, according to Stanford.

Google Quantum AI’s Sycamore quantum computing hardware played an important role in this development. The project involved using the hardware to verify the time crystal as such; without this, something that seems to be a time crystal could, in fact, eventually fall into inevitable disorder over a seemingly unfathomable period of time.

Quantum computing — in this case, the Sycamore processor — steps in to observe the oscillating patterns in time, taking the claim of a stable time crystal and using hard data to demonstrate it. Stanford notes that quantum computing hardware is imperfect with “finite size and coherence of time,” but that researchers were able to overcome these limitations with various protocols.

This experiment involved utilizing Google Quantum AI’s hardware to hit the time crystal with 20 spins of quantum bits of information (qubits); a few hundred cycles of the oscillations were observed, as indefinitely watching the time crystal over eons to verify its stability isn’t possible.

Max Planck Institute for Physics of Complex Systems director and study co-author Roderich Moessner elaborated on the use of Google’s hardware as part of the time crystal experiment, stating:

We managed to use the versatility of the quantum computer to help us analyze its own limitations. It essentially told us how to correct for its own errors, so that the fingerprint of ideal time-crystalline behavior could be ascertained from finite time observations.

“Creating a new phase of matter is unquestionably exciting on a fundamental level,” the Stanford researchers said as part of their announcement. Google, for its part in this development, points toward the exciting future quantum computing promises, at least when it comes to scientific discovery and the future quantum innovations that may result across a variety of fields.

Google explains that there’s still ample work to complete before a true quantum computer is developed, though its Quantum AI division anticipates developing “a useful, error-corrected quantum computer” within this decade.

The company has spent years making contributions to the algorithms and theories that’ll play key roles in an eventual error-corrected quantum computer. For now, the company’s quantum processors offer scientists a way to confidently model stable time crystals, opening the door for a new world of explorations into new phases of matter.