Aside from being a navigation tool, Google Maps’ Street View has also functioned as a way for some users to live vicariously and see breath-taking sights all over the world through Google’s eyes. Or to be exact, through its camera’s eyes. But there are just some locations where Google’s now iconic Street View Car would not be able to trek or should not be allowed to, like the sandy expanse of the Arabian desert. Luckily for Google, a camel was equally fit to do the job.

The word “desert” might conjure up images of dry lands and scorching heat but, in truth, some of them can also be one of the most beautiful locations and tourist spots around the world. Like the Liwa Desert in the United Arab Emirates, for example, home to an Oasis of the same name and birthplace of tribes and royalty that now populate the region. And like many exotic places all over the world, very few will be able to afford to go there and see the location for themselves. Luckily, now we have Street View in its stead. 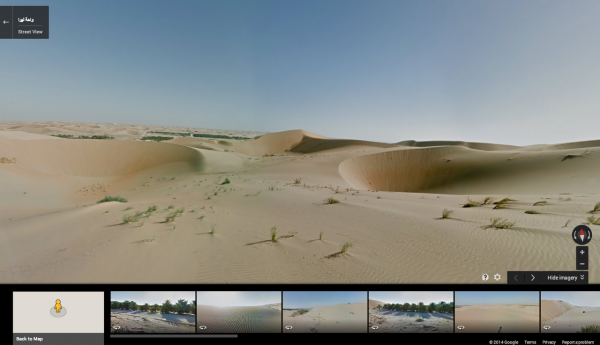 Of course, you can’t do away with all the sun and the sand, but that doesn’t make Liwa a boring place, especially when you consider the historical value of the place. This desert is considered to be one of the oldest sites in the UAE, tracing its origins back to the settlers of the Last Stone Age. The Liwa Oasis also holds special value, both for being one of the largest oases in the Arabian peninsula, and for its primary vegetation, dates, whose trunks and fruits are of great importance to local life. 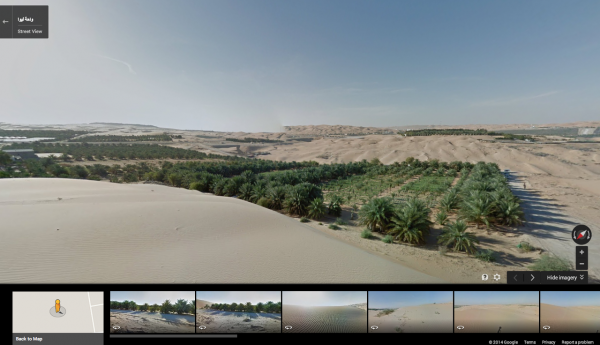 Despite its stigma of invading privacy in urban settings, Street View definitely has an equally important educational and cultural benefits as well. Perhaps we should also be pleased that Google was quite sensitive enough not to take the path of least resistance and drive through the scenery. Though it probably took longer and was more difficult to execute, using a camel was both more environment friendly and gave a more authentic vantage point of the Liwa Desert. Hopefully, the came was well compensated too.