It has finally happened. After repeatedly being investigated again and again over alleged anticompetitive business practices, Google was finally hit with a formal antitrust lawsuit by the US Justice Department, specifically over what is being described as an unfair monopolistic advantage in the Internet search market. Of course, Google didn’t simply take the charges sitting down, given how high-profile and potentially disruptive it could be, and has now published a point-by-point rebuttal over what it calls a deeply flawed lawsuit.

The crux of Google’s counter-argument is that consumers, phone makers, and carriers all have the freedom to choose which Search engine they use or add by default but they choose Google because it’s the best. Google even cites Apple CEO Tim Cook saying exactly that two years ago. It also describes how even Mozilla Firefox eventually went back to using Google rather than Yahoo to improve the quality of search in its browser.

The search giant also argued that companies regularly make deals with store owners to put their products in prominent places. Likewise, Google and other app developers likewise make business arrangements with phone makers and carriers to feature their apps and services more prominently than others. It is how physical business works and Google implies digital goods should be no different.

On Apple devices, for example, Google isn’t the only search engine there, even if it is the default, and Yahoo and Bing also pay to get featured and be within easy reach. On Windows, in contrast, Microsoft doesn’t even ship with any Google product or service as the default and uses its own Edge browser and Bing search engine. 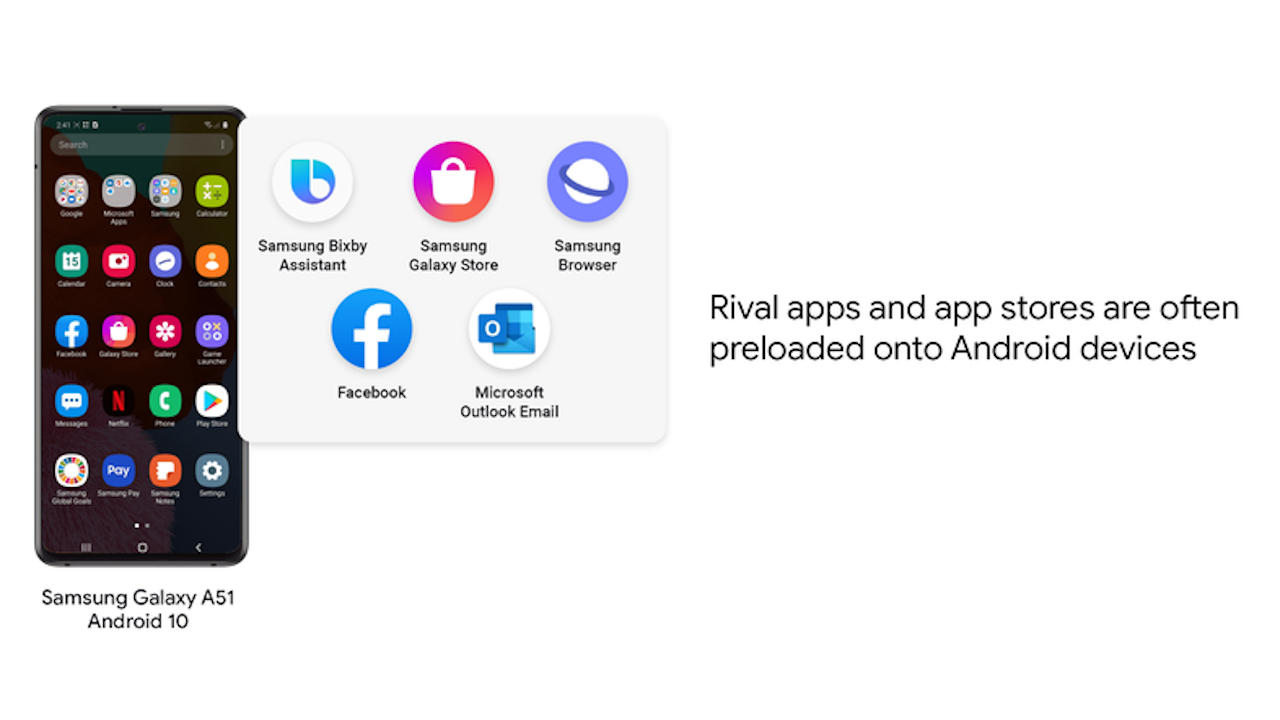 While most of Google’s arguments seem to be sound, it does gloss over one particular case. It does say that Android phone makers also partner with other app developers and that both users and manufacturers have the freedom to use other search services, it doesn’t mention the fact that its Google Play certification practically requires manufacturers to make Google search the default and to have the app pre-installed. And as many users and phone makers would confirm, an Android phone without Google Play, at least outside of China, are pretty much ignored.