It’s hard, but not impossible, to escape Google these days. From Android phones, to the Chrome browser, to Google Search, to Gmail, almost everything that comes into our digital lives has a trace of Google, one way or another. That also means that it is ultimately harder to escape Google’s tracking systems, especially when it’s hard to see what Google is tracking, much less stop it. Google released a variety of functionality on its Google Dashboard for that very purpose (and to fend off complaints and lawsuits), and it is now making it even easier to use that Dashboard on mobile devices.

The Dashboard is your one stop shop for seeing what Google sees about you, or so that’s the premise. From the sites you’ve visited to the videos you viewed to the searches you made, it’s all there for you to see. And it’s also all there for you to download or even erase to stay almost invisible.

The problem is that Dashboard has been initially designed with desktop browsers in mind. It has your usual assortment of hyperlinks and tables that either make no sense on phones or are painful to use. With the latest Google Dashboard redesign, Google is applying a dash of its own Material Design to the site, which means it’s also easier to use on phones and tablets or anything with a touch screen. 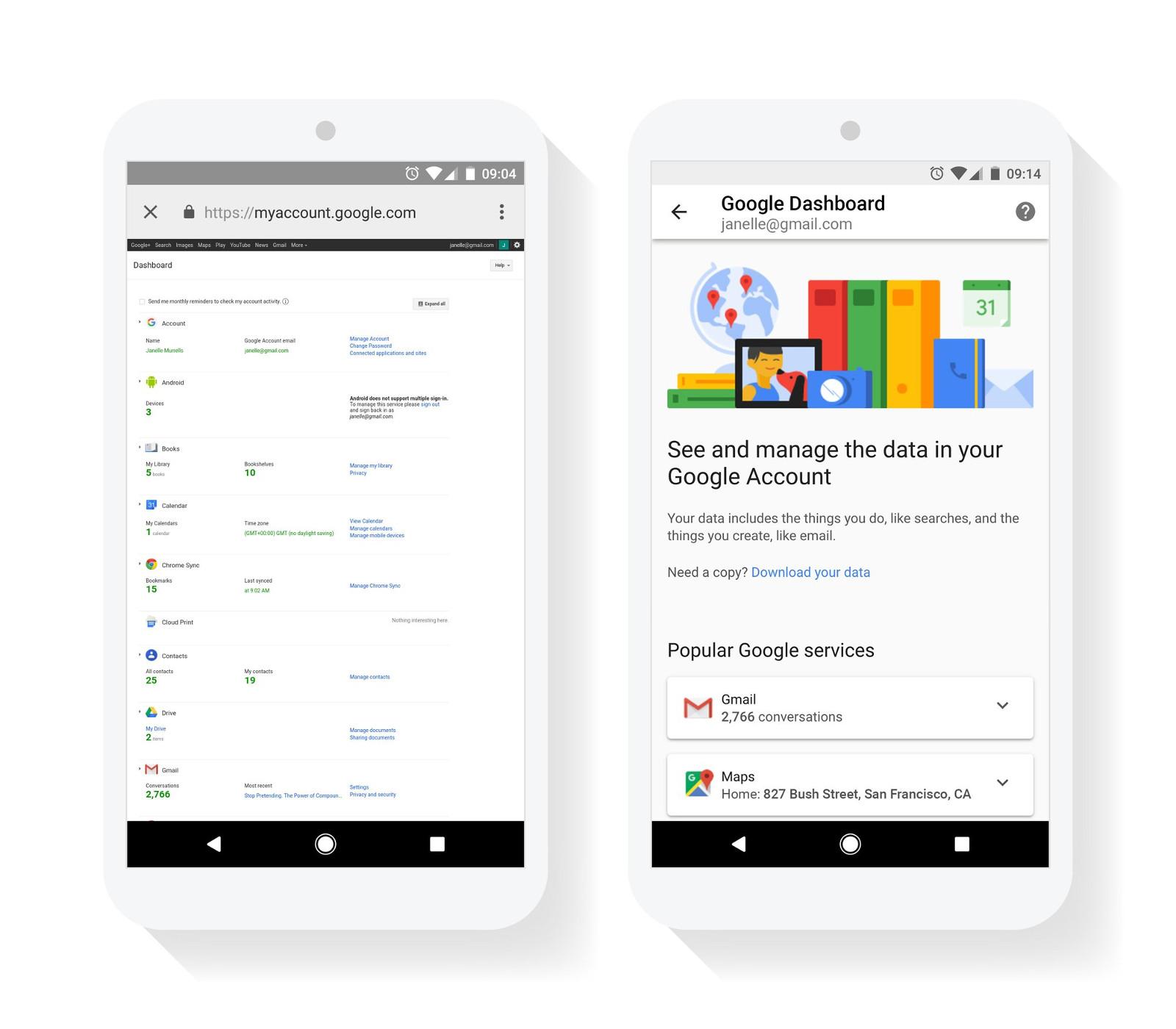 Google is also sharing some stats about its different privacy-related tools and how much people have used them. Coincidentally, it also shows how much Google has tracked people in that regard as well.

Being one of the most criticized, not to mention sued, companies in terms of privacy practices, Google really has not much choice but to give easy access to such settings. It’s not perfect and there will always be some parts that Google will keep tracking, no matter what, but it might be better than having no control at all.