The Google Play Store has often been criticized for its lax security and screening of apps but there are times when it swings the other way. There have been times when Android’s premier app marketplace seems almost too zealous in taking down violators that it takes down actually innocent or original apps along with other wrongdoers. The latest recipient of that ban is the popular FX File Explorer, accused of deceptive ad practices that came about by following Google’s own rules.

Given how once-popular file manager apps have seemingly gone rogue, it’s almost too easy to pass judgment on FX File Explorer. After all, after ES File Explorer’s exploits, ads seem to be common for these and other apps. Google Play Store’s system or people, however, may have simply given FX File Explorer’s case a cursory look and pushed the eject button post haste.

FX File Explorer does have a page on its settings that seemingly advertises a free theme pack made by the same developer and offers a button to install it. That may seem shady at first glance but an actual reviewer might see some problems with the preliminary verdict.

The “ad” is clearly labeled and explained, as per Google Play’s own rules. The icon pack is free, so there is no money exchanged. And, perhaps most importantly, the link actually goes to Google Play Store where the icon pack can be found. It would definitely seem that FX File Explorer tilebeck did everything by the book, which makes the removal of the app even more puzzling. 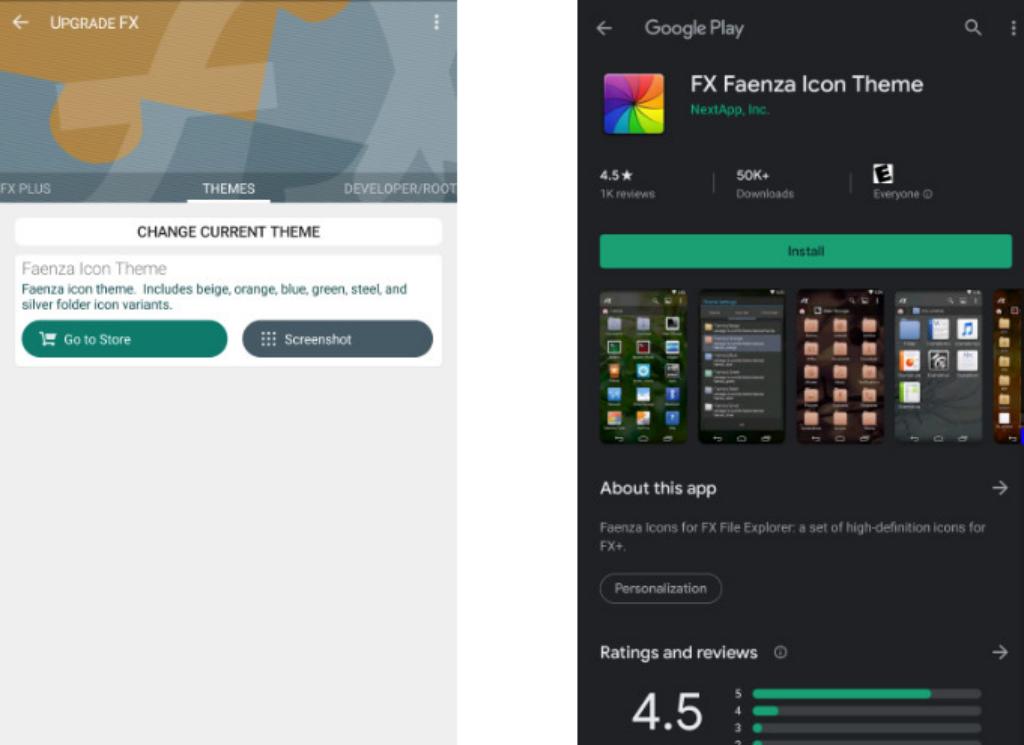 The developer has appealed the action but has not yet received a response. It may have simply been the victim of an overzealous automated security system since it probably would not have happened with human scrutiny. Just last month, Google Play Store removed a handful of torrent app clones, including one that was actually the original being cloned.