Google Photos is making it easier for users to find pictures specifically featuring their pets, eliminating the need to search for things like ‘dog.’ The change is arriving for ‘most countries’ as of today, and it works by grouping together images that feature dogs and cats. By doing so, all of the pictures of your beloved pet are in a single place, which can be further customized to make finding these shots easier.

If you’re like most pet owners, you likely have a decent (or maybe substantial) number of pet photos in your Google Photos account. This is particularly true for anyone who has their photos automatically backing up to Google Photos sans regular pruning, meaning every casual snapshot you’ve ever taken in found somewhere in the mass. 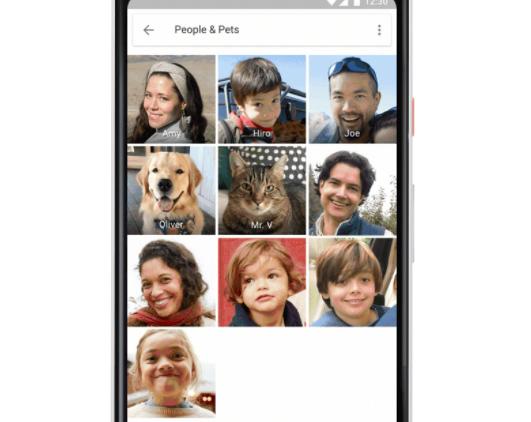 Google explains that these grouped photos will be found alongside grouped photos of humans. To make things fun, Google Photos now also allows users to search for photos of their cat or dog by entering the related emojis into the search field. Users may also find a surprise auto-created movie featuring the pets within the ‘Assistant’ view in Google Photos.

There are various features available to these users, such as the ability to generate your own movies featuring a pet by choose the photos, then tapping the plus sign and choosing to create a movie. The service has put half a dozen ‘pet-inspired’ audio tracks in the movie editor so that users can add a soundtrack to those movies.

This grouping action appears to only be applied to dogs and cats, so don’t expect to see your pet snake or parrot get its own section. Users have the option to put a label on these groupings (like the pet’s name), making it easier to locate photos of that specific pet.