For some people, ride-sharing services have completely changed the way they travel and live. Not everyone, however, will be able to get the experience of driving a vehicle, much less a train, to pick up random strangers for fun and profit. Google is all about making dreams come and starting today, not only will you be able to pick up passengers in locations you’ve never been to, you’ll also be able to eat them up to increase your passenger-gobbling capacity.

Yesss, snakes on a map is a Snake meets Uber kind of mashup game. It’s also a tasteful April Fools “prank” that thankfully hurts no one except pixelated avatars. Hopefully, they don’t live in a Wreck-it-Ralph kind of world. Not that they can do anything about it.

Simply select the very conspicuous “Play Snake” option in Google Maps’ app menu and you’ll be greeted by a not-so-subtle reminder that no laws are being broken in eating up your passengers. You can’t pick on your neighbors though as you’re limited to selecting just a few cities to go to, including Cairo, Sydney, and Tokyo, just to name some. 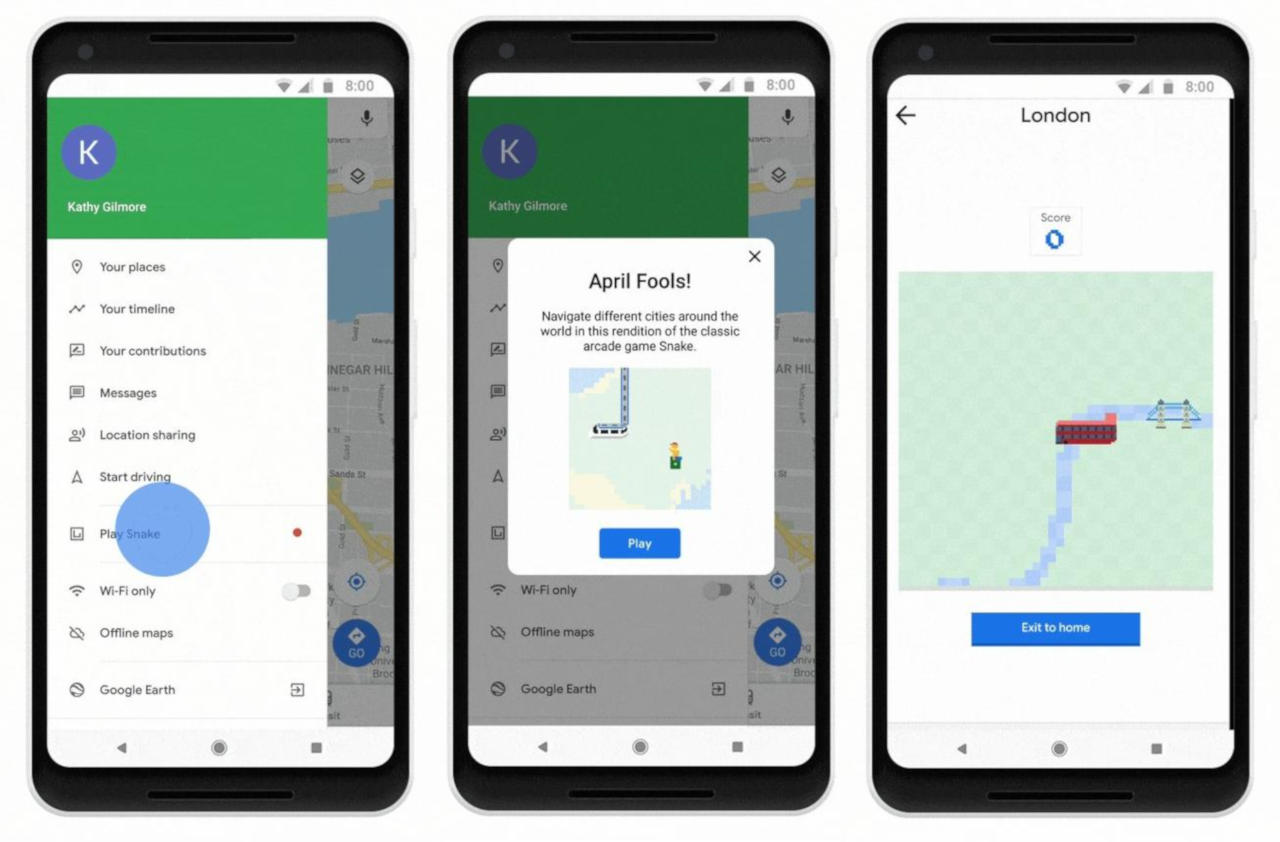 It plays just like any other Snake game except you eat, er, pick up passengers to increase the length of your bus or train. You can also run into the monuments that randomly pop up for bonus points. Definitely not things you should ever do in real life. Don’t run into yourself, just like in real life, or try running off the map or it’s game over.

Snakes on a map is rolling out to Google Maps on both Android and iOS as a fun and harmless way to celebrate 4/1. It’ll be around for about a week but don’t worry if you miss it. Google has put up a dedicated website for you relive your addiction forever.