Google pretty much wants Search to be pretty much the one place you get all your Internet-related and sometimes even app-related needs. Want to search for a restaurant? Search. Want to reserve a car? Search. Want to ask what’s in stock at Walmart? In the past, you’d have to call the store or at the very least strike up a conversation in Google Maps. Well, now you can do that right from Google Search, too, at least on Android, that is.

It’s been almost two years since Google introduced Business Messages in Google Maps, allowing users to contact a business after searching for them on Google Maps. Although initially made fun of, it was apparently quite a hit that Google is expanding its reach in more ways than one.

The biggest is, of course, being able to send a message to a business from Google Search. This removes the need to switch between apps since, most of the time, you’re probably Googling for a store or a restaurant first rather than looking for them on a map. Unfortunately for iOS users, they’ll have to stick with doing so from Google Maps for now. 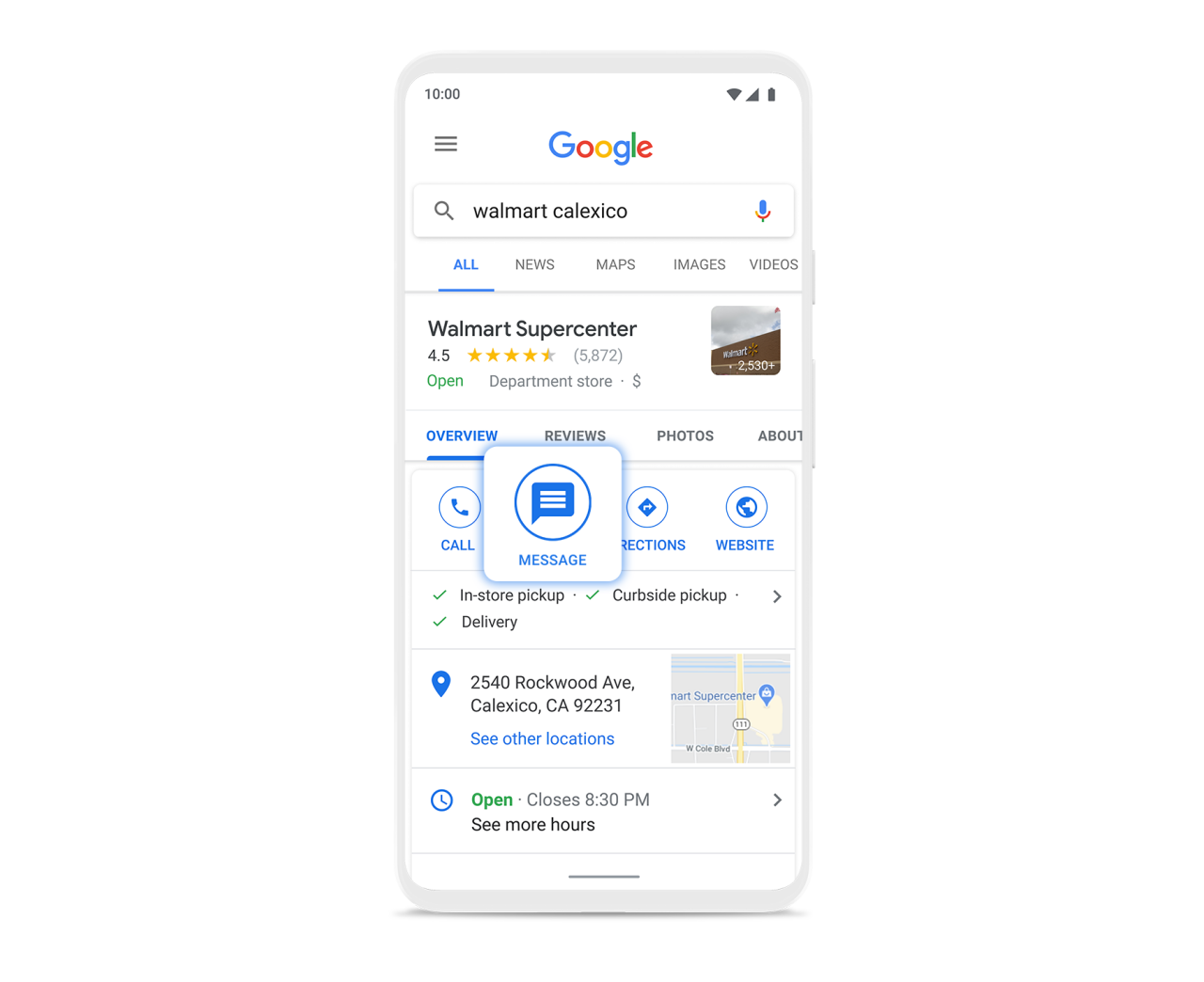 The set of features have also been expanded, now allowing businesses to integrate their own customer service platform with Business Messages. Visual product carousels can also be embedded in chats and customers will now have Smart Reply options. The new system also promises to be smooth in handing over questions from an automated reply to a live customer service representative.

Google’s expanded Business Messages has already been employed by Woolworths in Australia, Walmart in the US, and MyGov in India. It’s currently available only in English, though, and, as always, is an opt-in feature that partners will have to sign up for before they can offer that convenience to web searchers and surfers.