We have all been cruising down the road at one time or another and wondered exactly what the speed limit was on the road. Often this thought comes to mind right after we see a police car. The problem is for a lot of the roads there are no speed limit signs or they are few and far between. Google has an update for its Google Maps app rolling out that will help us know what the speed limit is.

Google Maps is now showing speed limit icons on maps on Android Auto and on the Android app. This is a feature that many people have bemoaned the lack of for a long time. The first hints that Google was set to roll out speed limits came in mention inside the APK for Google Maps v9.35 beta. A toggle was spied under Navigation Settings that would display speed limits or not, but in that beta the toggle didn’t work. 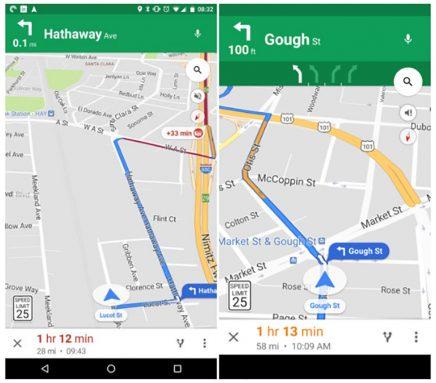 Now the feature appears to be rolling out with a user posting an image of Google Maps running on Android Auto in the car with the speed limit icon clearly seen in the bottom right corner. While some GPS devices on the market will also show you your actual speed and alert you if you go over the speed limit, it’s unclear if Google is offering this feature.

The catch for now is that the speed limit icon is only showing up for users here and there. It isn’t available for everyone yet. There is no word from Google on the new feature or how it may be rolling it out to all users. Presumably, it will eventually land for all, we just don’t know when or if this might just be a limited beta for a few users in some areas.