Google today detailed all of the updates on the way to Google Maps in 2021, and it’s safe to say that this should be a pretty big year for the app. All of the updates heading to Maps are based in AI in one way or another, and they’ll not only help you find your way around indoors, but also find routes that may be more fuel-efficient than others. Google Maps will also now give you weather and air quality information for your destination and show more details that will help with arranging curbside grocery pickup.

It’s hard to say which of these features is the most significant addition, but one that’s certainly very cool is Google Maps’ incoming Live View functionality. Live View has been giving people step-by-step instructions outdoors for a while now, but now Google is moving it indoors as well. Google Maps users will soon be able to use Live View to navigate places like malls, airports, and transit stations. 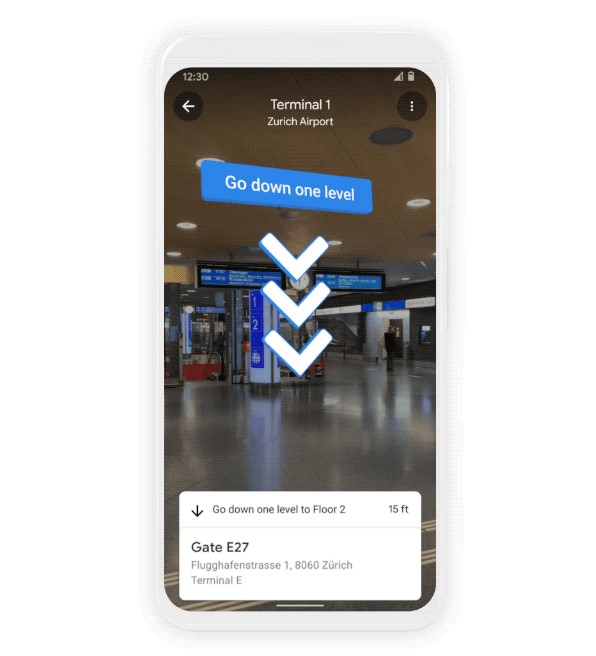 So, if you’re in a massive airport and you’re looking for the baggage claim or restrooms, there’s a chance that Google Maps will be able to help you out there. To start, Indoor Live View will have a fairly limited roll out, as it’ll be launching on Android and iOS with support for a “number of malls” in Chicago, Long Island, Los Angeles, Newark, San Francisco, San Jose, and Seattle. That functionality is live today, and in the coming months we’ll see support for airports, malls, and transit stations in Tokyo and Zurich go live.

Other major additions on the way to Google Maps are new weather and air quality layers. As the names suggest, the weather layer will show current and forecasted weather at a destination or in a city, while the air quality layer will – you guessed it – tell you what the current air quality is at a specific location. These layers use weather and air quality information from organizations like The Weather Company, AirNow.gov, and the Central Pollution Board, and they’ll both be rolling out on Android and iOS in Australia, India, and the US in the coming months. 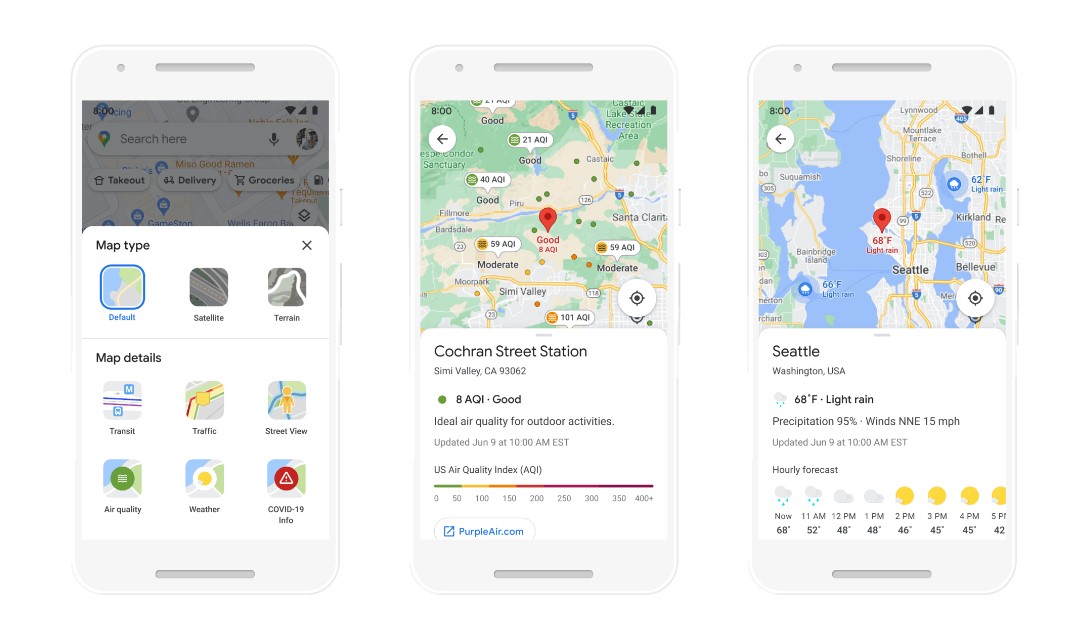 Next up we’ve got the addition of eco-friendly routes, which essentially give you the option of picking the most fuel-efficient route to your destination. Google says that Maps will determine fuel-efficient routes by taking things like traffic congestion and road incline into account, and that once this feature has rolled out, Maps will even default to eco-friendly routes as long as they have a similar ETA to the fastest route available (something that can be changed in the app’s settings). We’ll look for this feature to land on iOS and Android in the US later this year, with a global expansion to follow.

In addition, Google also says that it will roll out support for low-emission zones in cities that enforce them, letting drivers know if their vehicle is allowed in those zones and offering alternative routes or travel methods if not. This feature is landing on Android and iOS in Germany, the Netherlands, France, Spain, and the UK in June. 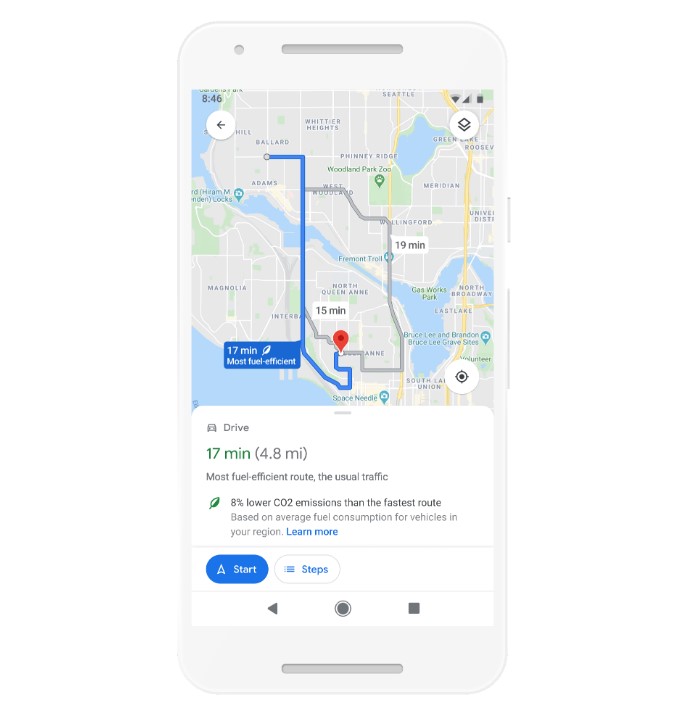 Google also plans to begin showing all routes and transportation modes in one “Trip Options” tab, where your frequent methods of travel and the ones most popular among other Maps users in your city will be prioritized. You’ll also see which transportation methods are eco-friendly at a glance, so this should make picking a travel method a lot easier. This feature will be launching globally in the coming months.

Finally, Google will be adding support for grocery pickup orders to Maps by adding information like delivery providers, pickup and delivery windows, fees, and order minimums to Business Profiles in the Maps app and in Search results. This will first go live with Instacart and Albertsons Cos. stores here in the US before expanding to other partners. Later this summer, we’ll seea Google and Fred Meyer team up that will allow users to add their grocery pickup information to Google Maps. This pilot program will only be going live at select Fred Meyer stores in Portland, Oregon, but we’ll hopefully see it expand to more stores in the future.