Google Fiber is getting no love in Austin, Texas

If you mention Google Fiber in most places, you’ll generally get one of two responses. Either people will be excited, because they’re getting (or have already gotten) the high speed service, or people are sad that the company hasn’t picked their city to get it. But in Austin, Texas, you’ll get a very different reaction.

Last year, 363 complaints were lodged with the city of Austin, in relation to internet service providers, and 254 of those were specifically related to Google Fiber. These aren’t complaints about slow speeds, or dropped connections, however. These are all related to the construction that comes along with installing fiber directly to the thousands of homes in the area.

The complaints range from damage to homes, landscapes and lawns, to contractors trespassing and parking trucks that block access to driveways. What’s more, some complaints refer to the flooding that happened back in October of last year. Some homeowners say that while the flooding would have been bad on its own, Google Fiber’s contractors left behind items which blocked storm drains, exacerbating the issue, and causing more damage to their homes.

The unfortunate thing with upgrading utilities like this is that there is no way to get around digging up areas, in order to lay new lines. When a company starts laying fiber, you’re going to see eyesores, and unfortunately, sometimes you’re going to see situations where a contractor makes mistakes and parks somewhere that they shouldn’t. And sometimes mother nature sends a massive flood into an area that’s not exactly known for having record-breaking rainfall. 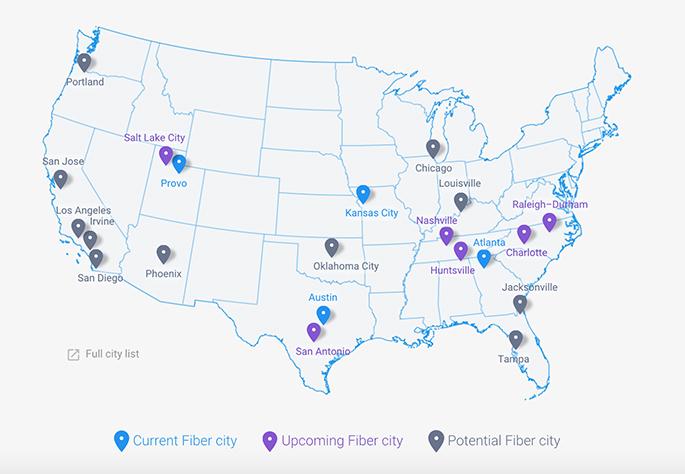 Google responded to the complaints saying “Google Fiber’s top priority is being a good neighbor. If Austinites are experiencing issues, we want to hear from them.” While they do have a 24/7 hotline that residents can call, if they have complaints, it sounds like they’re going to need to step up their public relations game in Austin.

While laying fiber can cause similar disruptions as road construction, or other utility service (my whole road was torn up for several months, due to new utility lines being ran last year), people are probably going to be a lot harder on a new company coming in and doing this kind of work. And if there have been damages to property, Google is going to need to do more than just issue an apology to get back in peoples’ good graces. Since Austin was one of the first three cities to get Google Fiber, they’re going to be looked at as an example.

One of the biggest questions that comes out of all of this is who is at fault. Is Google at fault, or are the contractors doing the work at fault? Legally, there is room for dispute. The permits for construction were issued to Google, which would make them responsible. However, if Google hires a subcontractor to do the work, they can also be held liable.

The real difference here is that while the subcontractors might be liable, their names won’t be the ones that homeowners remember. After all, they only see “Google Fiber” everywhere they look. If Google wants to continue their success with their Fiber service around the country, they’re going to need to do whatever it takes to ensure the citizens in Austin are properly taken care of.