Last April, Google gave the Interwebs a surprising reminder: Google Earth is not dead. It released an update to the globe-trotting software for the Web and Android, but iOS was noticeably missing. There was a good technical reason for this: Google Earth was part of the race of 32-bit iOS apps that Apple was pushing to extinction. It’s been more than three months, but Google finally pushed through. The 64-bit version of Google Earth for iOS is finally here, and it has the new features Google launched back then.

Apple has been aggressively pushing out old 32-bit apps from the iTunes App Store. They’ll still install and run, but you’ll get a big fat warning that the app won’t work in future versions of iOS. That future might be closer than you think, with iOS 11 just around the corner. Just in the nick of time, Google Earth comes with just the right 64 bits to remain on future iOS versions.

That is hardly the only thing in this big update to the iOS app. In fact, users might be more interested in the new features that are finally available on iOS. That starts with Voyager, Google Earth’s story-centric browser. Voyager offers interactive narratives around other users’ experiences in different places around the world. These stories can provide inspiration for your next vacation destination or the sights and activities you can enjoy when you’re there.

If you’re the type that prefers to learn about the history and trivia of places, Google Earth’s Knowledge Cards could give you your fix. Just swipe up to drill into the details about cities and landmarks, without even leaving your house. 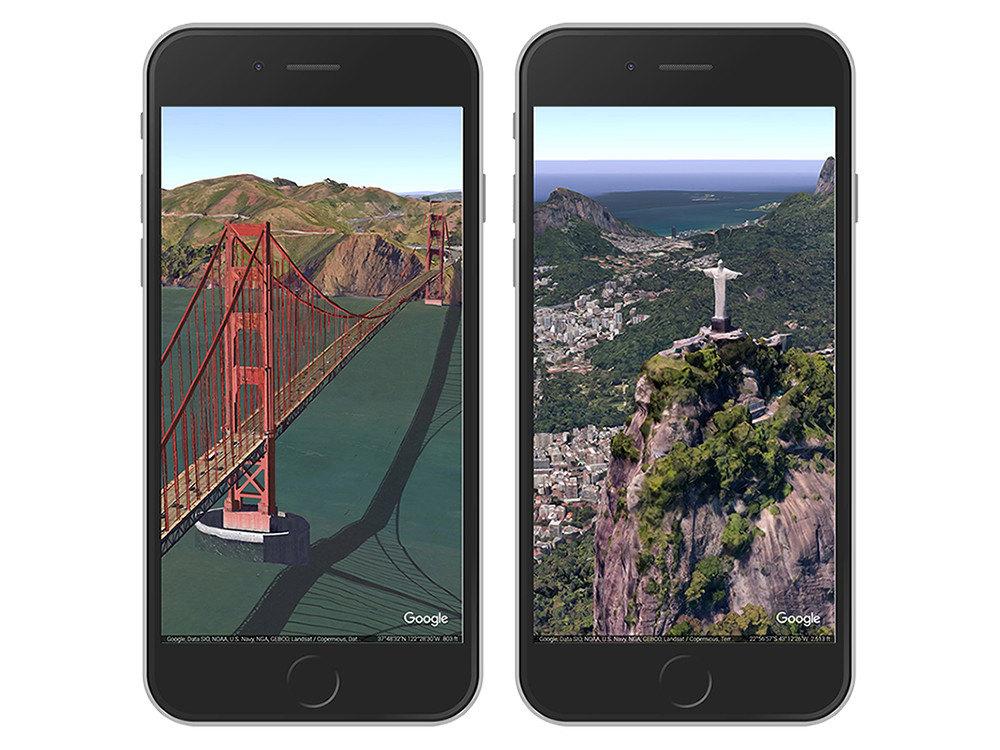 And when you’ve finally had your dream getaway, you can inspire others (or make them jealous) by sharing postcards sourced directly from Google Earth’s treasury of mouth-watering vistas. Of course, you could also do that even when you’ve never taken a step outside. No one’s going to be the wiser.