Google Assistant: How Google is making the OS irrelevant

Days before the Google Pixel finally broke cover, there was a lot of talk about the possibility of a certain Andromeda OS being revealed as well. Andromeda was an intriguing though highly debatable idea, a true unification of Google’s two operating systems, Android and Chrome. In the end, of course, it didn’t come to pass. But what Google did was not only not announce any such Android and Chrome OS merger, it actually revealed something that, in the long run, would make both of those irrelevant, or at least invisible, to the user, in a future where everyone has their own, personal, Google Assistant.

The evolution of computing

Like most product announcements these days, Google didn’t immediately jump into talking about the Google Pixel at is press event. In fact, the ratio of time the Pixel actually spent on stage was quite short. A good portion of the spiel was, instead, devoted to Google’s latest software baby: Google Assistant.

Google Assistant isn’t exactly new, but Google’s laser focus on it at its event was somewhat unexpected. It wasn’t simply a feature tacked on, like its ancestor Google Now. It was so central to not only the Pixel but Google itself that it dared claim that this was the next step in the evolution of computing.

In Google’s version of the history of computing, there have been three ages before this, separated by about 10 years. First, there was the arrival of the personal computer, followed by the Web. Today we are in the middle of the Mobile age. And, in Google’s crystal ball, the future will be defined by an “AI first” paradigm. 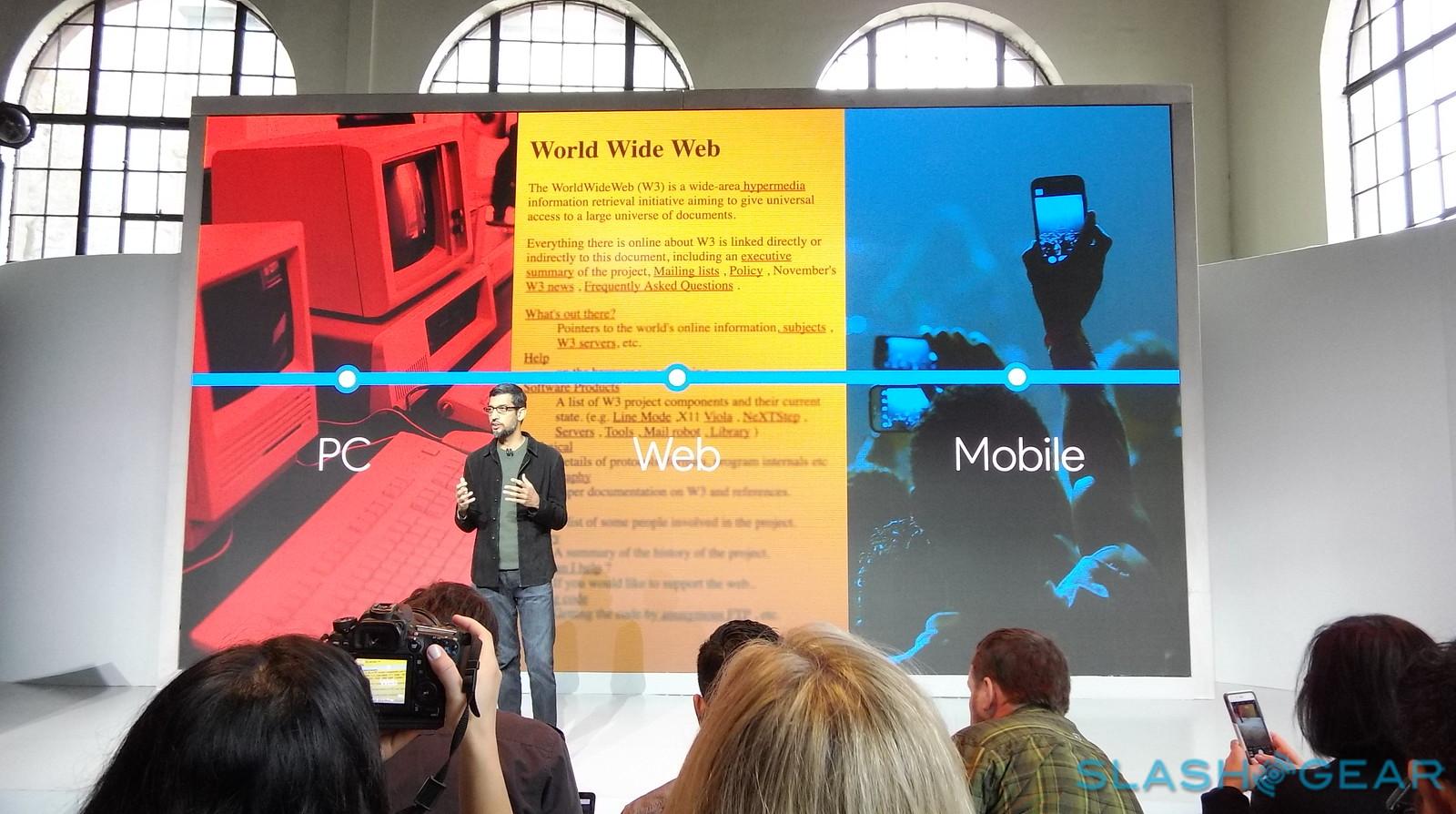 It’s not really hard to see proof of that these days. While the field of artificial intelligence is nothing new, it has taken a more mainstream character of late, invading mainstream media and showing up in more and more consumer products. And we’re not simply talking about the likes of Siri here. From self-driving cars to chatbots that will keep you entertained and informed, almost everything has one form of machine learning or natural language processing or another. Products, both hardware and software, are getting smarter. Sometimes even smarter than us. And that’s OK, because that is exactly what Google Assistant was built to do.

Your own personal Google

When was the last time you researched for a topic without using the Internet, by going to a library or diving into Encyclopedias? While it’s certainly possible, chances are your very first recourse for searching for information would be Google or, at least, some search engine. That is how ingrained the idea and behavior has become that it almost feels like second nature. Googling is actually accepted as a formal word today. And the company behind the name is taking advantage of that to make it the main, though not yet the only, way you’ll interact with computers.

The idea of voice-controlled, or at least chat-controlled, computers goes as far back as science fiction came into existence, perhaps best embodied by Star Trek’s iconic computer system. In many ways, we’re still a good few years, maybe even decades, from realizing that dream, but Google believes it has already made significant strides forward. At least in the on-stage demo, Google Assistant did seem to be as responsive as a human conversation partner.

But Google Assistant isn’t meant to simply be a voiced version of Google Search. That wouldn’t be ambitious enough. Instead, Google’s vision for the AI assistant includes, just like Search, learning about the user’s habits and preferences over time, adjusting its answers to those factors. Google Assistant will cover anything and everything you ask it, with each response carefully chosen to reflect the particular user, harvesting information from the Internet and local storage.

It’s like having a search engine tailor-fit for you, and one that really doesn’t matter what you’re running it on.

Neither here (Android) nor there (Chrome)

When Sundar Pichai laid out the foundations of Google Assistant’s brain, there was no mention of any sort of operating system. In fact, there was really nothing really there that indicated any deep ties to a particular OS. Or to be even more specific, none of those things happen on the device directly, though it’s certainly possible to offload some of it locally. Knowledge Graph, Natural Language Processing, Translation, Voice Recognition, Image Recognition, all of these mostly take place on Google’s servers, not on the smartphone or laptop. 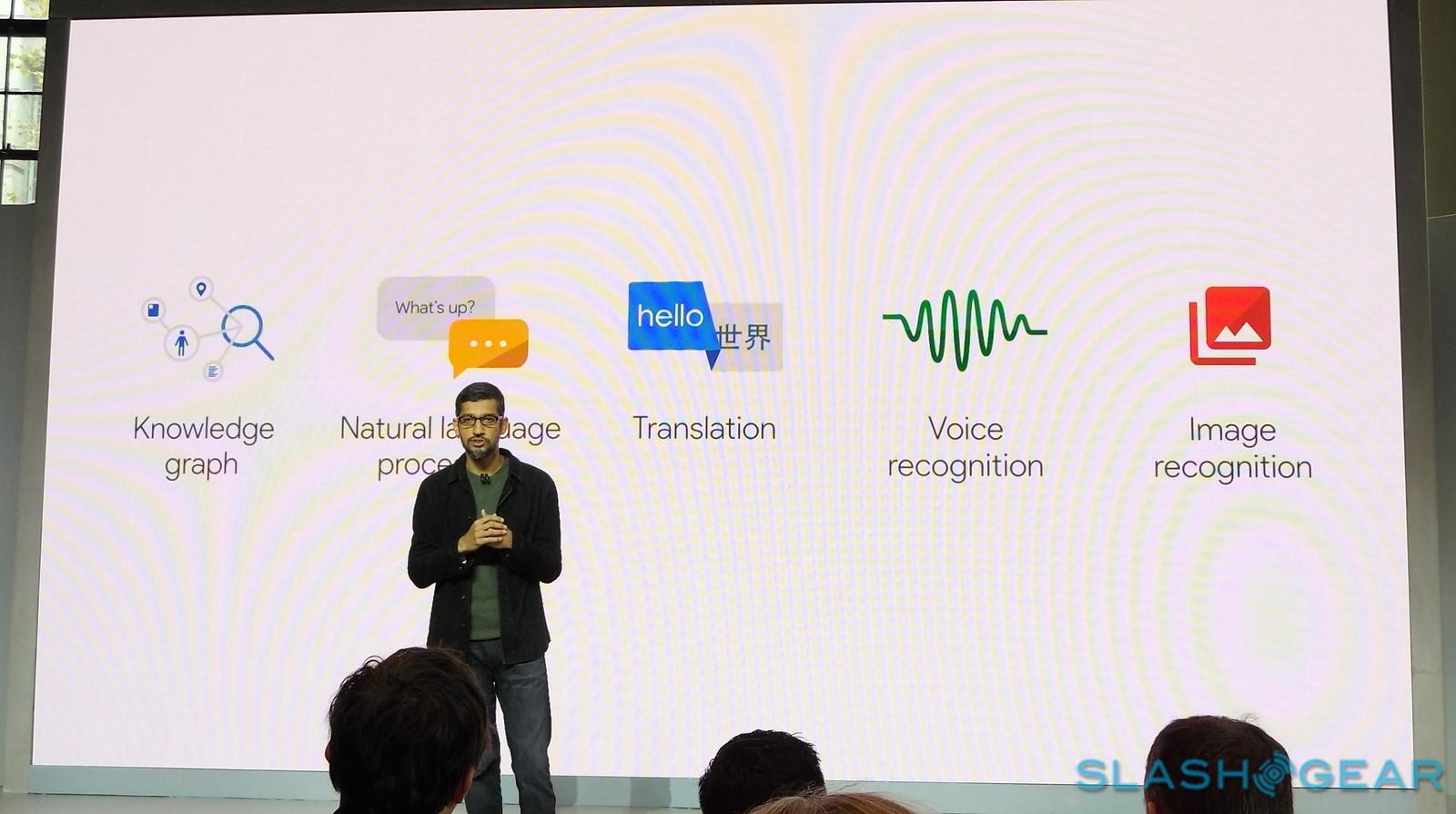 In short, Google Assistant is practically OS agnostic. That it is coming first to an Android-based smartphone and home hub is perhaps a simple matter of logistics. It would be easier to use and get it into people’s hands if it were in a fashionable device like the Pixel or a Google Home. There is nothing, however, that ties it down to Android, at least not from the bird’s eye view of its functionality.

Sure, Google Assistant will eventually need to hook into operating system features to work, like accessing the mic or getting permission to browse through photos. Those, however, can easily be provided by abstraction layers that would make Google Assistant work even on Chrome OS. And maybe, in the future, it will. 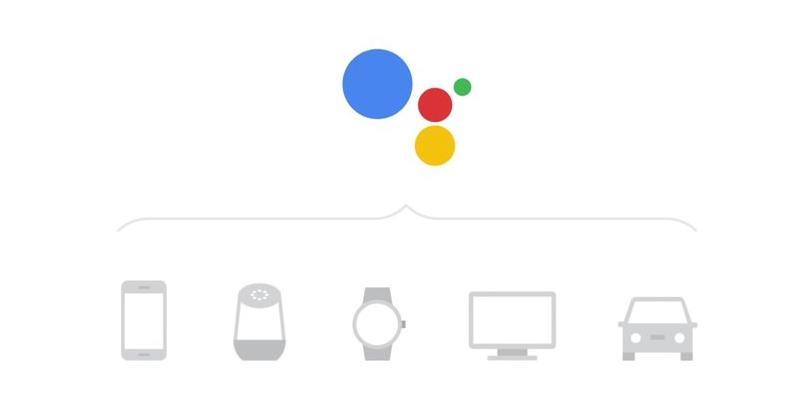 Or maybe, in the future, it wouldn’t even matter.

It might be a bit of a conspiracy theory, but Google’s attitude about the Google Pixel is strangely Android-agnostic at the very least. To an extent, it is almost downplaying Android’s role in selling the Google Pixel. Whereas other OEMs would even boast about their smartphone running the latest Android version, Google’s landing page for the Pixel barely makes a mention of it. It may also simply be a new marketing strategy, but coming from Android’s own maker and as the first “Made by Google” smartphone, that’s almost telling.

It’s almost as if, at least for the Google Pixel and Google Assistant, Google wants to make the OS, Android in this case, invisible.

As it should be

In theory, that is actually how operating systems, even the things we call the “desktop” should be. They should be completely invisible to the user, getting out of the way and letting the user do his or her task as seamlessly as possible.

In reality, that is never the case. Whole marketing efforts have been created around operating systems. Lines have been drawn and loyalties tested. The OS, especially in mobile, is as critical as the device itself. It wouldn’t be an understatement to say that some people are even willing to put up with a device, despite criticism, because of unwillingness to jump to a different OS. The OS, in short, defines the user experience.

To that end, the Google Assistant obliterates that convention. Interacting with a computer, in this case in the form of a smartphone, happens through voice or typing. results are shown inside the chat, with an option to jump to a specific app if needed. That said, there might come a time when you won’t even have to. Everything you need to do or want to know, Google Assistant will tell you. 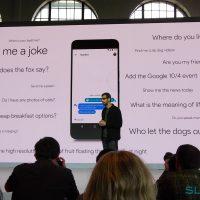 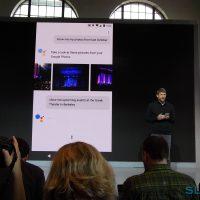 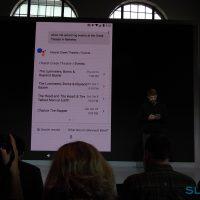 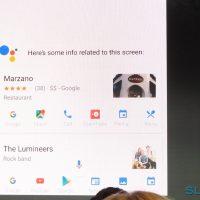 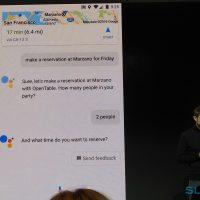 And in many cases, at least in Google’s world, it won’t matter what’s running underneath. Just as the Web works, or at least should work, regardless of OS, so would Google Assistant. It doesn’t even need a screen, as Google Home proves. It is, in other words, the perfect, invisible OS.

Not going anywhere (for now)

Of course, that’s still just the dream, and we might be years, even a decade, away from Google’s dream world, as fantastic or horrifying that may be. There will only be so much you can do with a virtual assistant, even one that will be as advanced as Google Assistant version 10.0 or whatnot. There will be tasks that simply can’t be done through voice or simple queries alone. You can’t, for example, edit a photo that way, much less create a video. You may be able to dictate a word document, but you certainly can’t a professional-looking slideshow.

In those cases, the OS, the desktop, the apps, the chrome, all of those will impose themselves on the user’s consciousness. But that’s OK. Those are practically focused and highly specific tasks that might not fall within the majority of computing use cases.

Sounds familiar? That’s pretty much the same arguments being thrown around in the never-ending “The PC is dead” debates. Substitute “Google Assistant” for “mobile device” and “OS” for “PC” and you pretty much have the same line of reasoning. Although there are definitely exceptions, especially with thins like Microsoft’s Continuum, most people use their smartphones for browsing the web, chatting,firing off emails, interacting on social media, playing videos and music, playing games, and, of course, searching. Most of those cases can be started off, or even completely done, in Google Assistant. Need to send a message or email? Ask the Assistant to do it. Need to know the open hours for the new Chinese restaurant down the block? Why bother opening a web browser when you can just ask?

Of course, operating systems as we know them, like Android, Chrome, iOS, and the like, aren’t going anywhere. At least not yet. It will be years before Google Assistant even becomes the very smart personal assistant Google wants it to be. And it’s going to take time before it even becomes available to a wider public. Exclusively available only on the Pixel and Home, the Google Assistant isn’t going to be replacing either Android or Chrome any time soon.

And it’s not like Google will suddenly drop Android or Chrome when that happens. They’ll still be running things behind the scenes, but that wouldn’t matter to the user anymore. Sure, there will be apps, which could probably be Android apps on either platform (hence Android apps on Chrome), but those will simply be at the service of the AI. 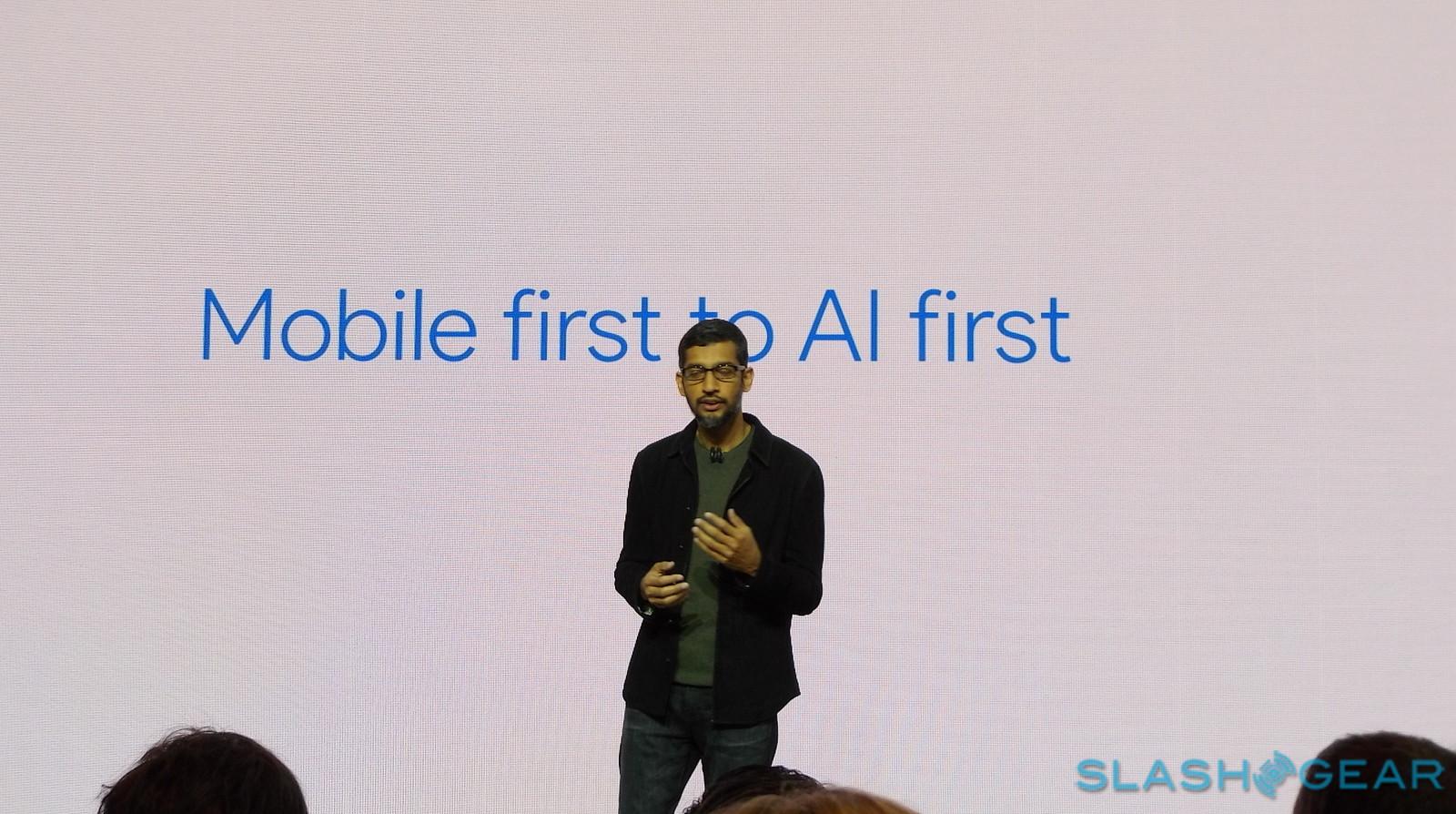 Google’s “AI first” battlecry isn’t simply a sign of its focus on this “new age” of computing. It also hints at what it thinks will be the user’s first or primary interaction with a computing device. In short, you interact with the AI first, apps second, and OS last.

That is how Google envisions the future of computing, and it’s no small coincidence that its technologies, services, and perhaps even ads, are at the center of it all.