Smart assistants have arguably become the centerpiece, figuratively and literally, of some people’s modern lives but the way we’ve approached them causally belies the complexity of behind the voice technology they employ. That goes not only for voice and speech recognition but even for the voices that talk back to us in different tones and genders. Those voices have come a long from the robotic tones of their ancestors but some users would probably still prefer if these voices had some personality. And when it comes to personality, few are probably more qualified than celebrities like actress and writer Issa Rae who, surprise surprise, is making a cameo as a Google Assistant voice.

Google Assistant already has an edge over its rivals by having a multitude of, in Google’s words, inclusive voices to satisfy almost all kinds of tastes. They do sound rather natural but from time to time, some people might want to hear something more than new or different. They may want to hear a voice that is both familiar and so extremely popular.

Google gave Assistant its first celebrity flavor in the person, or voice rather, of legendary artist John Legend. Google is now aiming for a more whimsical spirit with Issa Rae’s voice. The writer, actress, and producer is best known for her YouTube series “Awkward Black Girl” and starring in HBO’s “Insecurities” series. Now she’s coming to your phone or smart speaker for a limited time to give you the weather or tell you some nugget of wisdom.

Once you activate Issa’s voice, you will be able to hear the celebrity answer simple questions about the weather or some essential trivia. But where Issa really shines is when you ask Google Assistant to channel her voice to tell you a joke or inspire you, or inspire you by telling you a joke. 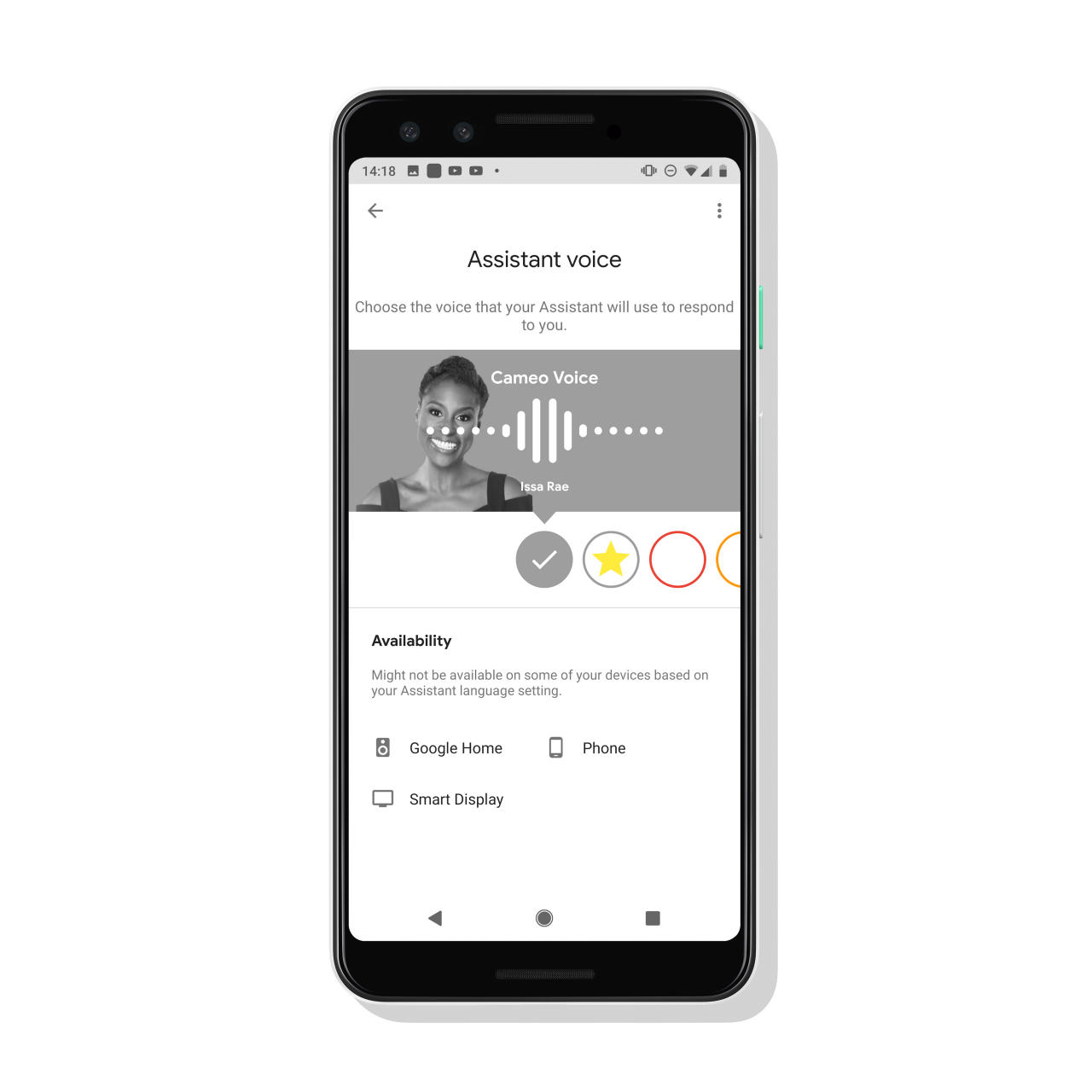