The latest Godzilla 2014 trailer has arrived, and with it we get a glimpse of the epic battle movie-goers are in for. The movie’s flying nemesis — a winged Muto, the rumors suggest, although there’s speculation concerning Mothra, as well — makes a triple appearance. We’ve some high-res stills after the jump.

Trailers thus far released have shown Godzilla in all his massive glory rampaging through the city, smashing the urban landscape and scaring years off the lives of more than a few citizens. With the newly released international trailer, we get a far clearer look at what the movie offers.

The winged creature is set on wrecking some havoc, it seems, and humans aren’t quite up to the task of taking it out. The trailer doesn’t make clear just what, precisely, this winged creature is — a Muto is the most likely answer at this point — but as the film’s Bryan Cranston says, “Whatever it is, it’s in there.”

We then get a look at a large slime-covered cocoon of sorts holding the beast, which makes three appearances throughout the rest of the short trailer. There’s no lack of destruction, and Godzilla gets a fair bit of his own airtime — some have criticized the latest iteration of the monster as being too hefty, but as the trailer points out, he isn’t a mere creature.

Concerning the winged creature, the question is posed, “Can you kill it?” To which the reply is succinct: “I believe something can.” Godzilla is that something, the trailer suggests. “A monster?” “No. A god.” 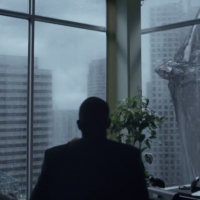 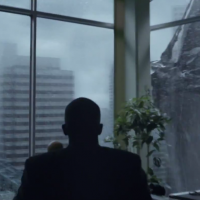 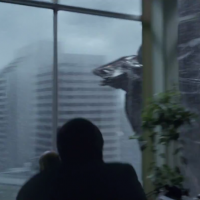 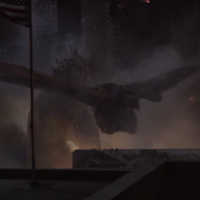 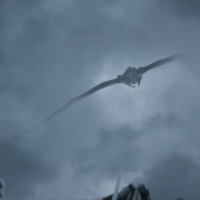 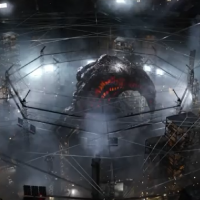