Some of the hype surrounding God of War has died down since release, but if you’ve finished the game already, Sony and Santa Monica Studio have given you a new reason to hop back in. The latest update for God of War – which brings the game to version 1.20 – adds a new photo mode that allows you to capture screenshots as you play. Though the PS4 already has a screenshot function built into its OS, this new photo mode gives you a lot more options when it comes to capturing the perfect image.

As announced over on the PlayStation Blog, God of War‘s new photo mode can be accessed either through the game’s options menu or by turning out on quick access via the Touch Pad in settings. Once you’ve started photo mode, you’ll use the thumbsticks to change your view of a scene, while the L2 and R2 buttons will pan left and right. Here are all of the features that are included in photo mode, with plenty of filters and settings to choose from:

Camera: Adjust the Field of View, Focal Length, and Camera Roll.
Aperture: Adjust the Depth of Field, Focus Distance, and F-Stop.
Filters: Adjust the Film Grain, Exposure, Filter, and Filter Intensity options.
Borders: Add a Vignette and adjust the Vignette Intensity, and Vignette Falloff. This includes a variety of Border styles and the official God of War logo.
Characters: Toggle the visibility of Kratos, Atreus, and all other characters in the scene. And my personal favorite, we’ve added the ability to change Kratos and Atreus’s facial expressions!

God of War is a very cinematic game, so giving players a more fleshed out photo mode seems like a no-brainer. Sony shared a few images that were captured through photo mode, and they look excellent. At the very least, photo mode is capable of producing some captures you wouldn’t be able to achieve with the PS4’s screenshot function. 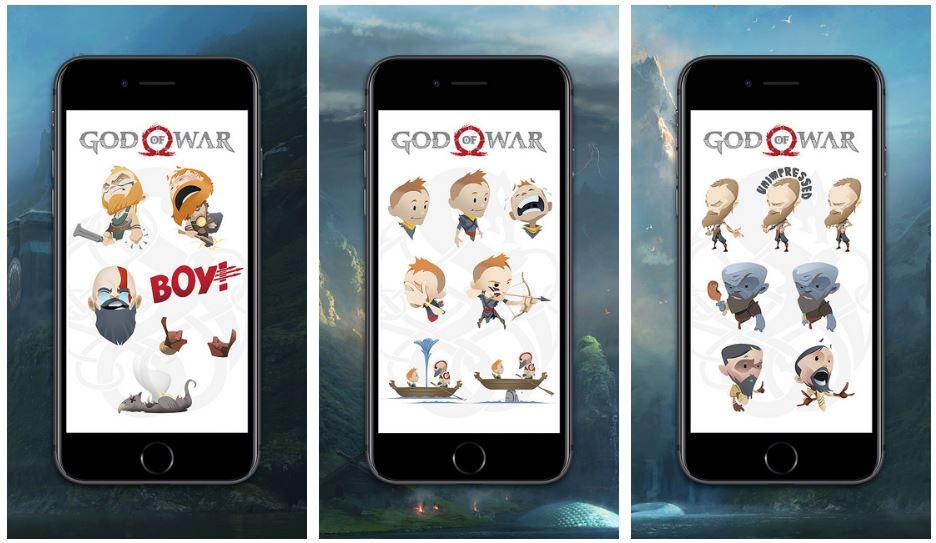 Photo mode isn’t the only thing shipping with God of War version 1.20. Santa Monica Studio says that it has also globally increased the text size of the UI and menus. Small text size been one of the few complaints players have had about God of War, so it’s nice to see it getting fixed. Finally, God of War fans are now able to download a God of War-themed emoji sticker set (which you can see above) for iOS devices from the App Store [download].