GE’s ecoROTR wind turbine has a dome for increased efficiency 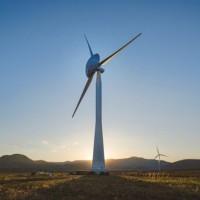 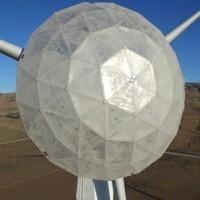 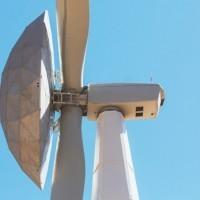 The dome on the test tower is very large and weighs in at about 20,000 pounds. GE says that data from the wind tunnel where the dome design was perfected shows that the dome could lead to more efficient turbines for windy locations that are too hard for the industry to reach right now.

The team of GE designers and researcher say that the dome allows them to build bigger rotors without lengthening the blades since the blades attach to the perimeter of the dome. That dome is also able to deflect wind from the center of the turbine and route it to the blades where the wind can be harvested. In wind tunnel tests scale models of the tower with a dome showed to be 3% more efficient than normal towers. In green power, a small increase can mean big improvements in performance.