Genesis GV80 is the first SUV for the brand

Genesis has unveiled the first images of its new SUV called the GV80. The GV80 is significant because it is the first SUV from the Genesis brand. Genesis uses a rear-wheel-drive platform for the SUV and says that it will bring versatility to the Genesis line.

GV80 buyers will have the option of choosing three rows of seating. The SUV will slot into the Genesis lineup along with the G70, G80, and G90 sedans. While the GV80 will roll on a RWD platform, AWD will be offered as well. Genesis says that the V in the GV80 name represents the versatility that a Genesis SUV can offer.

Genesis promises that the images of the GV80 offered now will be supplemented by some other engineering details in the coming weeks. The interior and exterior styling of the SUV comes from the GV80 Concept that was introduced at the 2017 New York auto show and was a collaboration between Genesis Design studios in South Korea, the United States, and Germany.

GV80 has a G-Matrix pattern that appears in light fixtures throughout the exterior, and the design of the wheels is inspired by orchids seen when diamonds are illuminated by light. The GV80 claims to focus on the beauty of open space. 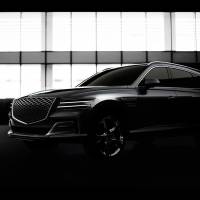 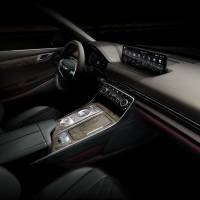 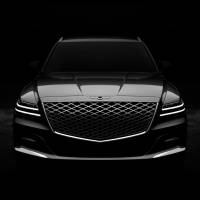 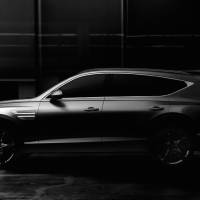 The vehicle is minimalist in detail with a “commanding” driving position that is surrounded by high mounted control surfaces. Air vents are slim and stretch across the front to highlight the width of the cabin featuring minimal physical buttons. A rotating electronic gear selector is in the center console. Genesis says that the GV80 is set to launch globally in 2020, and sales start in South Korea this month. Additional details will be offered closer to launch.