Gboard for iOS adds text translation support: Here’s how to use it

Google has released an update for its Gboard mobile keyboard for iOS, adding text translation support for all languages supported by Google Translate. The new feature enables iPhone and iPad owners to directly translate text-based messages without toggling to the separate Google Translate app, speeding up the entire process and decreasing disruption to ongoing conversations.

To use the new feature, hit the large “G” Google button above the mobile keyboard. On the next screen, a strip will show various options, such as direct access to YouTube and Search. One option reads “Translate” and has the familiar Google Translate logo. Tap that option to pull up the direct text translation feature. 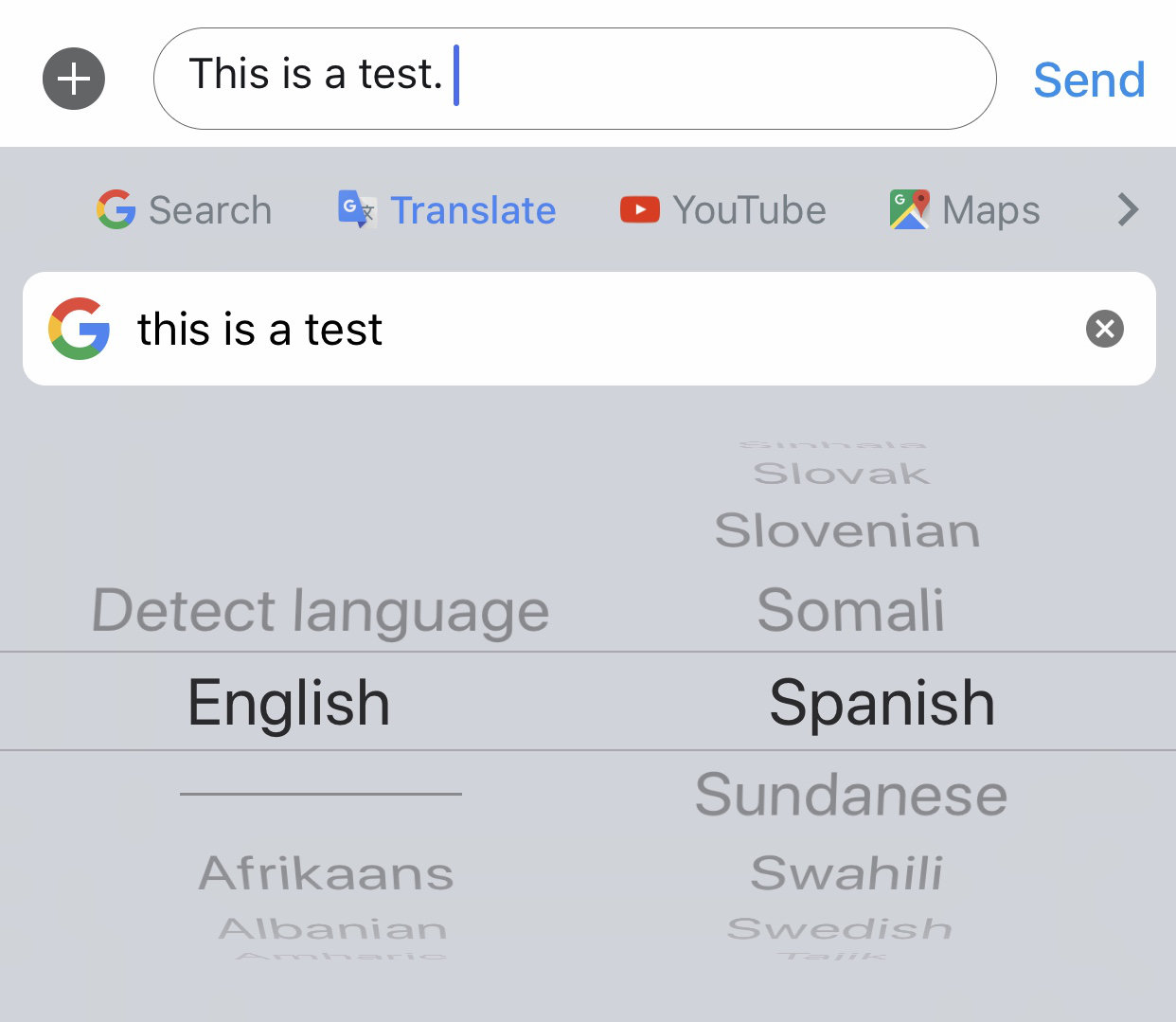 The user must type the text they want translated directly into the Translate app that appears, not the messaging app’s text field. Translate will automatically detect the input language and will have an output language displayed, such as Spanish. If you need to translate to a different language, tap the output language to pull up the selection menu.

The selection menu shows the familiar iOS scroll menus — scroll through the output language menu to see all of the supported Google Translate languages. Users can also manually choose the input language if Google Translate gets it wrong, though the app is often very accurate.

Once the correct languages are selected, the user merely has to hit the “Translate” button at the bottom of Gboard. The translated text will be automatically entered into the messaging (or other) app’s text field, eliminating the need to copy and paste. The Translate feature remembers the previous output language, speeding up future translations. Gboard from iOS is available from the App Store.