Garmin has announced a new smart device that’ll bring the best of Alexa into buyers’ cars. The device, simply called Garmin Speak with Amazon Alexa, is said to be the first in-car gadget that gives drivers access to Alexa, as well as navigation via Garmin’s own tech. Alexa can handle more than just tapping Garmin’s navigational database, though.

Garmin Speak is relatively tiny at 1.5-inches and it sports an LED light alongside an OLED display; the device attaches directly to a car’s windshield. The unit is designed to be interacted with using voice, such as asking Alexa to ask Garmin for directions to the nearest grocery store or asking Alexa to play the audiobook you’ve been listening to. The audio plays through the car’s own speakers. 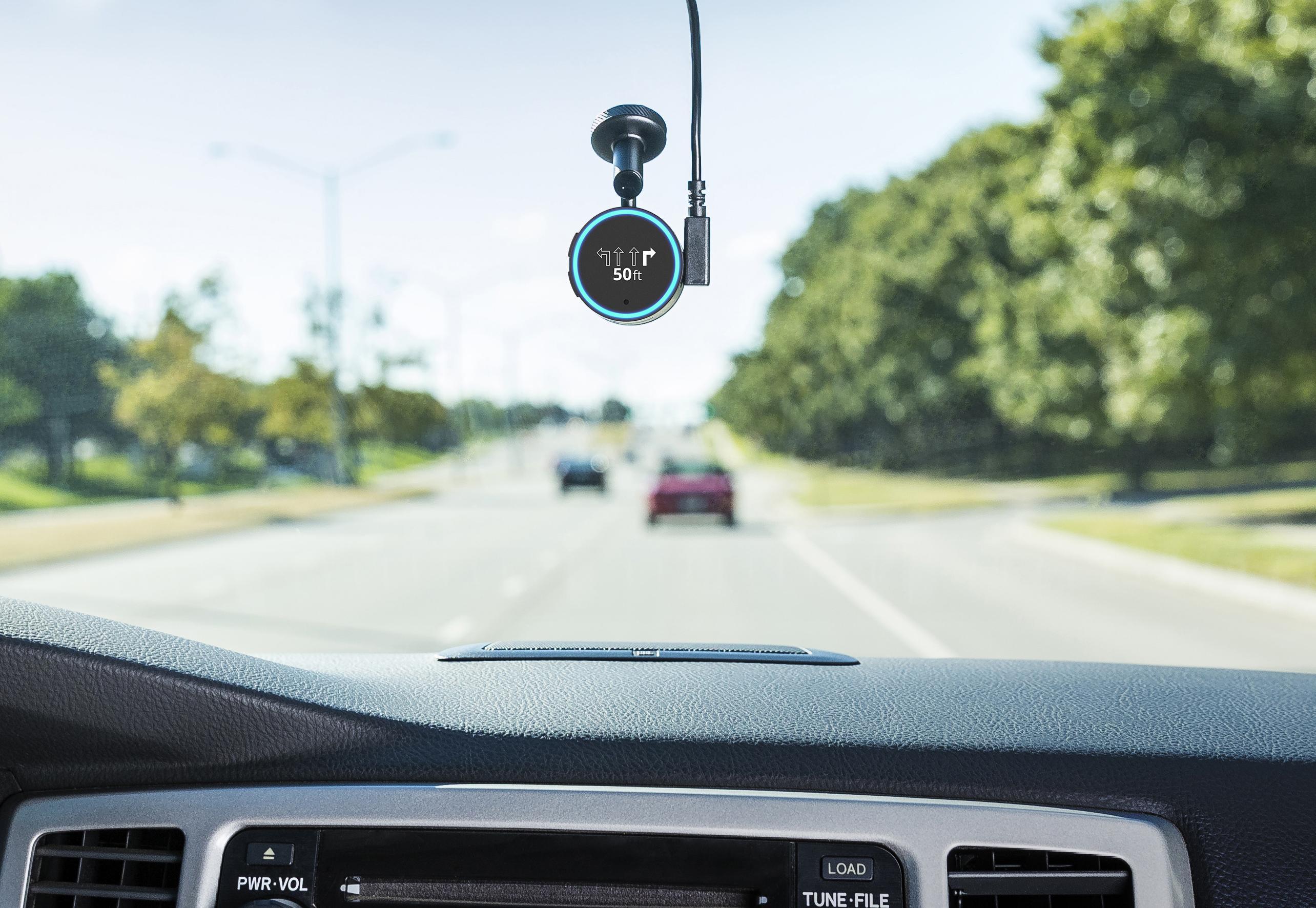 This is the first time Garmin has offered a device with both its own navigational tech and Alexa, and it could be a decent way to give a car a technological boost in the absence of something like Android Auto. The system also goes a step further than most, enabling users to control their home automation devices via Alexa in the car; this includes turning off (compatible, connected) lights and adjusting thermostats.

The device works alongside the free Garmin Speak app; it syncs with the phone running the app, utilizing the handset’s own data connection and abilities. Garmin Speak can be wirelessly connected to a car’s speakers over Bluetooth or through a regular wired 3.5mm cable if the car is older. As expected, the device can be used to take hands-free calls, too.

Ned Curic, Amazon Alexa’s automotive VP, said, “Our vision is that the Alexa service will be everywhere our customers want it, including inside the car.” The device is available now via Best Buy and Amazon for $149.99 USD.