Gamevice uses your Lightning port to give your iPhone a gamepad

There’s no mistaking the fact that the mobile gaming market has exploded over the past few years. With a smartphone in almost every person’s hand, it’s easy to just download a few games and spend your downtime poking at the screen. However, the biggest drawback is the fact that there are no physical controls. Thankfully there are accessories that help with this issue.

Most mobile games are designed with the input limitations that come with smartphones. However, there are some that would play so much better, if I had a D-pad and some buttons. The new Gamevice controller promises to be one of the more useful of the iPhone controllers on the market.

The new Gamevice isn’t the first controller to hit the market, but it has a few features that you won’t find on most others. First, it expands and collapses to fit around your phone, giving you a handy controller when you need it, but without taking up too much space when you don’t. The other nice feature is that instead of connecting wirelessly, it connects through your iPhone’s Lightning connector. 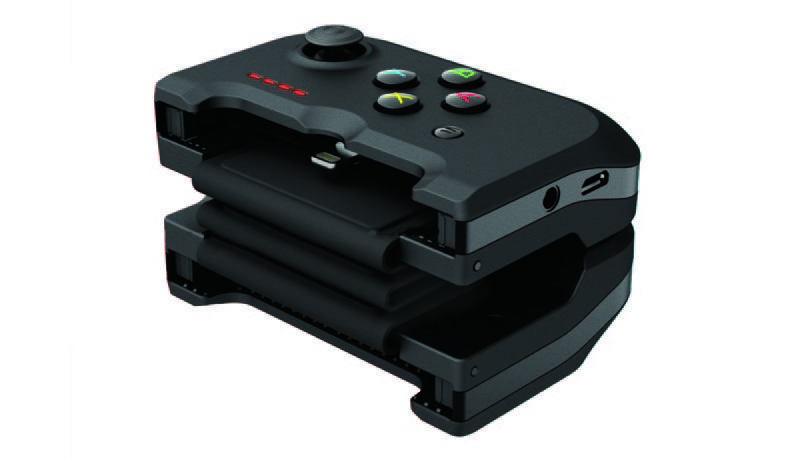 The pad gives you access to a pair of analog sticks, a D-pad, four buttons (five, if you count the pause button), two triggers, and two bumpers. Basically, everything you’ll need to tackle just about any game. For power, it features a 400mAh battery, which is recharged through a microUSB cable. It also uses pass-through audio to give you access to a 3.5mm audio jack.

The Gamevice comes in two models, one that fits both 4.7 and 5.5-inch phones, and another that is compatible with he iPad Mini. Both can be found for right around $100.