Game streaming is the future but it will isolate more players

With E3 2019 underway, there is naturally a lot of focus put on the latest trends in the industry. One of that is game streaming, which has gotten a large seal of approval when Google formally announced the upcoming launch of Stadia. Game streaming has the potential to break down device borders and simplifying playing games the way Netflix simplified binge-watching. But while the nascent technology does hold promise, it could end up isolating more players than it tries to pull in.

Game streaming services and platforms paint a rather idyllic future where you can play any game on any device with a screen. No longer do you need to have the latest and greatest PC hardware or the most recent gen console. You can even play on your smartphone if needed. No large downloads, no installation files. Just click or tap a few times and start playing.

To be fair, they do come clean on some hard technical requirements, most of the related to the user’s Internet connection. Just the latest 5 GHz Wi-Fi or Gigabit LAN is no longer enough. Google admits that you’ll need at least 10 Mbps to be able to comfortably game at 720p 60 fps. For the full 4K 60 fps promise, however, you’ll need 35 Mbps. PC Gamers calculated that it means using up 4.5 GB to 15.75 GB per hour. 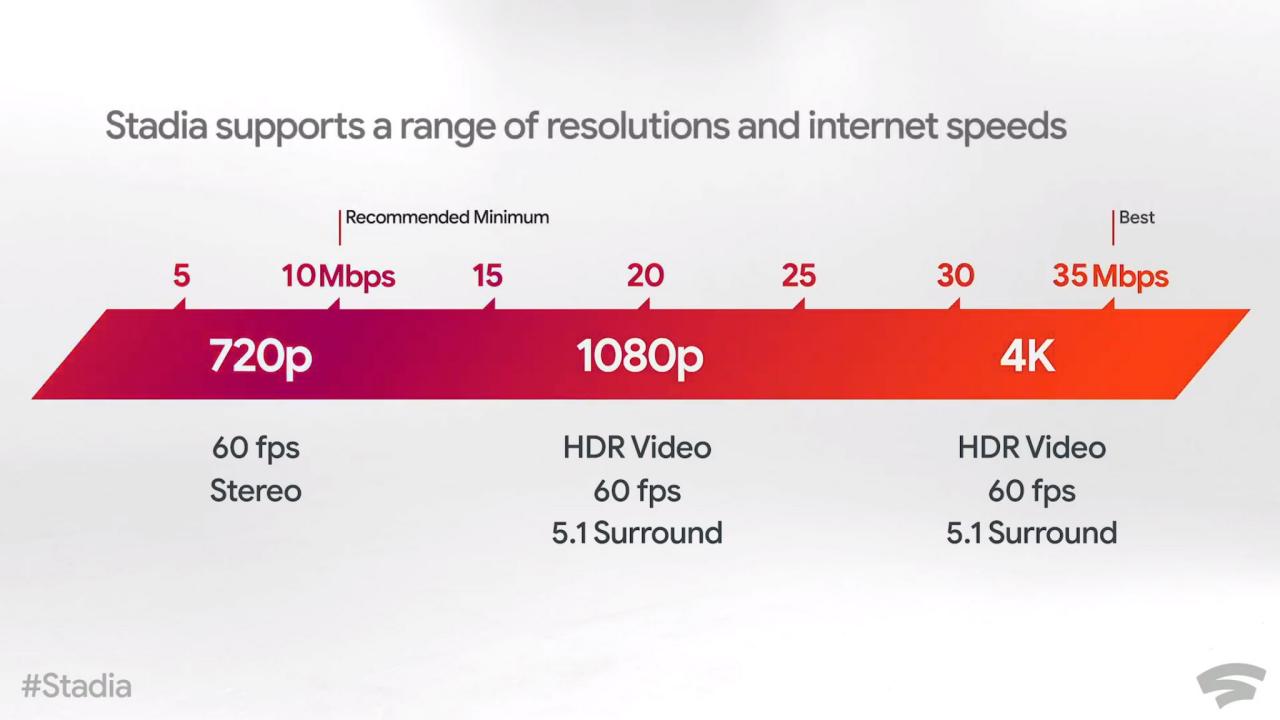 And that’s one of the most immediate hurdles to the adoption of game streaming more than any other form of media streaming. The high demands of interactivity and real-time responses means needing quality Internet connection. And given how long most players spend on a game, they’ll need close to unlimited data plans or at least very cheap ones.

Which is why such services often first start and sometimes remain in certain markets where Internet plans do meet those requirements. Limiting availability to certain countries, however, isn’t just in technical considerations. There’s an even uglier side of it called “region lock”.

Many content providers portray streaming as the convenient way to consume media anywhere and everywhere. What these providers won’t immediately say upfront, however, is that it depends on what media is made available depending on where they are. Video streaming services can block some regions from accessing content available in others. Worse, they might even block users from content they previously had access to just because they traveled to another country.

Granted, region lock has been present on at least console games but it isn’t always a hard line. It’s even easier for PCs with physical media like discs. Digital distribution has, to some extent, also imposed those regional limits but there have been ways to get around those, even legally. Game streaming, on the other hand, will hand over full control to streaming services, leaving gamers at their mercy.

With the hard requirement of an Internet connection that isn’t widely available even in majority of the world and convoluted licensing and distribution terms, game streaming will cater to an even smaller clientele despite the promise of greater availability. But if game streaming has such limitations, why are companies pushing it forward despite potentially reducing their reach and customers? That’s because that’s where most of the industry is heading and when it does work, it works great.

Most of the tech and entertainment industry is heading towards services and streaming as preferred distribution methods. While it does have benefits for users, it also has more benefits for publishers and distributors. It gives them the most control over access to content. Of course, that also removes that control from the gamers themselves.

In an ideal world, being able to play anywhere and on any device, no matter the hardware, is a gamer’s dream come true. Unfortunately, we’re still quite far from that ideal world. Unless proponents are able to resolve not just the technical but, more importantly, the legal issues of streaming, the future of gaming will be a very lonely and exclusive one.