The Internet is filled with Game Boy hacks, from boards turned into GameBoy clones to GameBoys themselves modded to do things that couldn’t even be imagined decades ago. And yet there is no shortage of new cool things people do with the venerable gaming handheld. Take for example, this project undertaken by Gautier Hattenberger, who turned the classic version of the Game Boy into a controller for a Parrot AR Drone 2. Perhaps best of all, it doesn’t actually require gutting the now rare and expensive gaming device to do so.

That said, it won’t be as simple as pushing buttons and expecting the drone to move according to your will either. You will need some specialized pieces of electronics to accomplish the magic, though very little needs to be done on the Game Boy itself, thankfully.

On the handheld side, you do need to purchase a programmable cartridge and make sure the device’s Game Link still works. You’ll need an Arduino and an FTDI board to convert those signals to USB data that a laptop ground station can understand. These are then relayed to the drone itself, converting button presses into direction commands and whatnot. 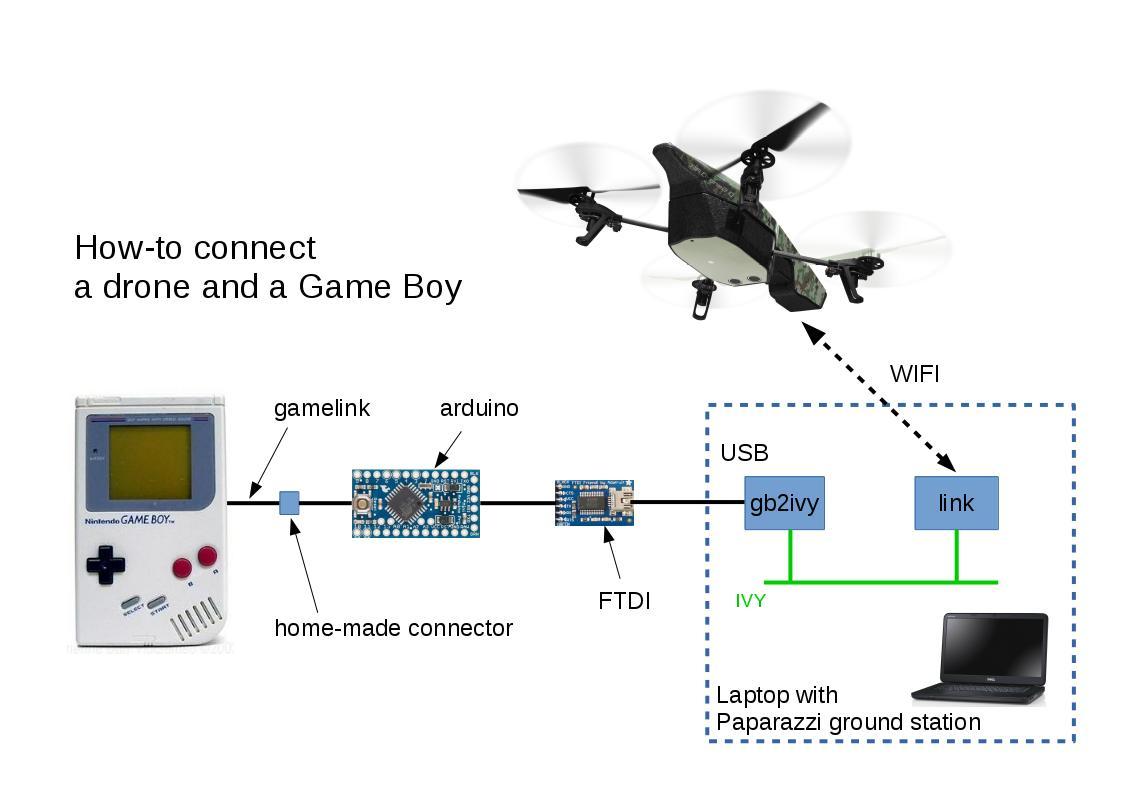 Fortunately, given all the pieces above, it is a reproducible project, too. The Game Boy drone controller utilizes an open source platform called Paparazzi UAV and Hattenberger himself generously provides all the source code needed to string up all pieces together. The result, a “retro” drone control.

Sure, it’s a rather roundabout way to control a drone with no practical benefits other than a “cool” factor of controlling a modern drone with an almost ancient gaming device. And yes, you need a physical link between Game Boy and laptop. But now that it has been proven that it can be done, maybe someone will be able to improve it and produce a wireless alternative as well.