With the launch of Samsung’s third foldable phone just last week, you might have presumed that, save for a few software improvements, the Galaxy Z Fold 2 is pretty much feature complete. Imagine the surprise, then, of many new owners when they discovered that the phone had one hardware feature they couldn’t use at all. Fortunately, Samsung has promised to right that wrong and is finally rolling out a new firmware update that enables the phone’s eSIM functionality.

It might not have been a huge deal for some buyers considering how eSIM support isn’t yet available in many markets around the world. That said, eSIM could already be available in markets where the Galaxy Z Fold 2 is being sold anyway. And if you’re paying $2,000 for a phone, you’d be forgiven if you feel a bit slighted if not everything in there works.

Samsung never really explained why it shipped the foldable phone with eSIM functionality disabled but it at least promised it would be enabling it in a future update. That was last week and it is now making good on that promise and is rolling out firmware version F916BXXU1BTIA with that fix. Amusingly, that fix may have been to simply add the SIM Card Manager settings that would let owners access both SIM “cards”. 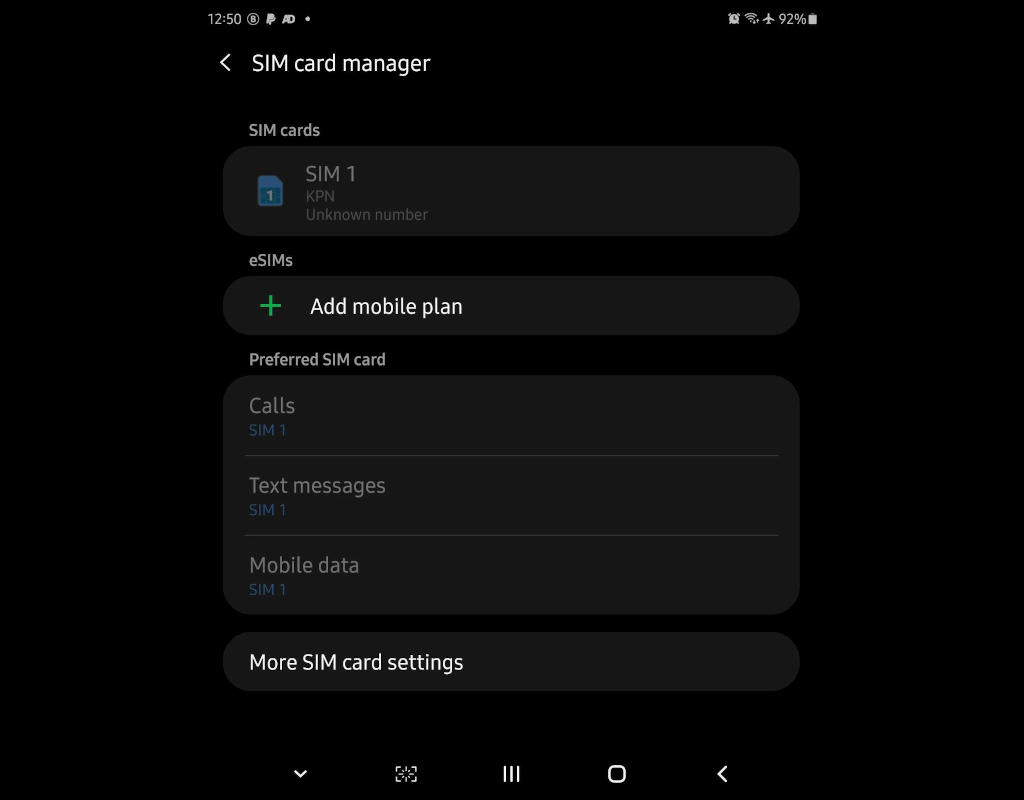 It has just been a week since the Galaxy Z Fold 2 launched globally and, save for this puzzling eSIM situation, things have been relatively silent and minimally positive for the foldable phone. Not unlike its predecessor that revealed its warts amusingly after pre-sale testers gave it raving reviews. Fortunately, Samsung has learned its hard lessons and may have finally come across the right but still not perfect formula.

That said, the $1,999 price tag is still a sore point for the phone and some are still hoping that Samsung will soon launch a more affordable version. That is unlikely to happen this year though, but Royale’s FlexPai 2, which comes with a $1,500 price tag, and the Microsoft Surface Duo could give Samsung pause for thought.