Galaxy S8 battery: What you should (and shouldn’t) worry about

If you, upon first hearing that the Galaxy S8 would feature a 3,000mAh battery, were concerned that it wouldn’t be adequate enough, you’re not alone. Many expressed concerns that Samsung banked too conservatively on its smaller flagship’s battery capacity, and though the S8+ has a larger 3500mAh model, it doesn’t matter much in light of the phone’s larger overall size. Now that the phone is out and has been subjected to everyday life, are the concerns founded? Yes and no.

READ: Samsung Galaxy S8 Review: On the shoulders of giants

I made the jump from a Galaxy S6 to the S8+, and though the S6 never had terrible battery life (for me, anyway), it wasn’t exactly something you’d write home about. I expected much of the same from the latest iteration of Samsung’s flagship, but the results were opposite and mostly surprising. Even with the phone at its max resolution, Always On display activated, and screen brightness turned up, the handset sipped at the charge.

I’ve been exclusively using the S8+ for many weeks now, and I’m yet to be unimpressed with the handset’s battery life (the high number of accidental Bixby summons are another matter). As nice as the full screen resolution is, I’ve primarily left the phone in one of three power mode options, the mid-tier power usage mode, which dials back the resolution a bit and makes some other mostly unnoticeable adjustments. Battery life has been nothing short of phenomenal: 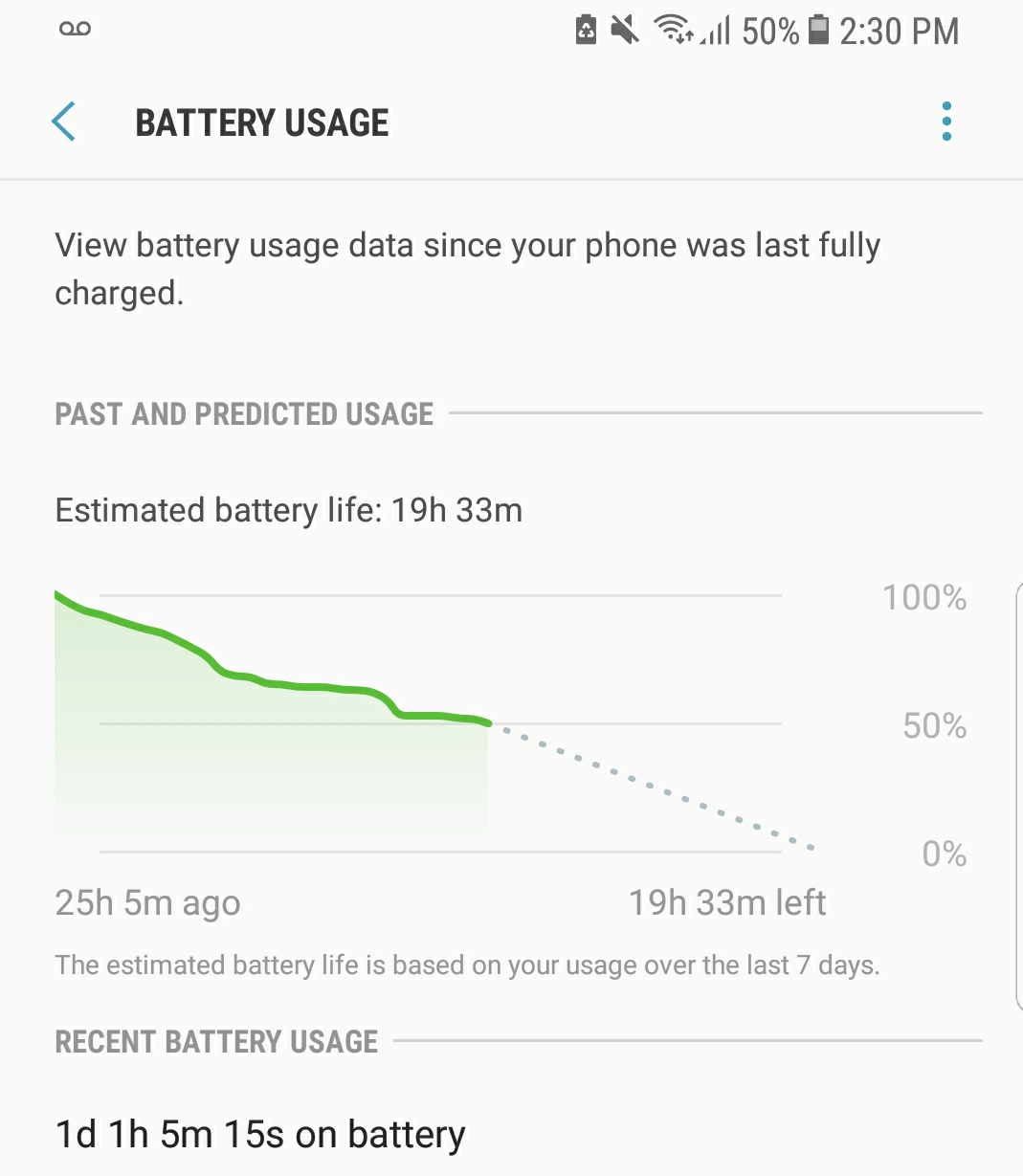 The screenshot above represents an average workday with the phone, including repeatedly turning the screen off and on for short periods of time, about an hour spent talking, some minor image editing and uploading, the uninstallation of a few apps, and nighttime Reddit browsing. During the weekend when phone usage is heavier, I charge it to 100% in the morning and regularly find myself not charging again until 7-8PM, and that’s after heavy (non-video or gaming) usage.

What you shouldn’t worry about

If you’re worried about being disappointed with the S8’s battery, don’t. Online user reviews reveal that my experience with the S8+’s battery is not unique among users of either handset, and that in fact most people are very satisfied with the phone’s performance.

Samsung went out of its way to pack a bunch of power-related features into this handset, and they lend a high level of control over how long your battery lasts. If you’re plugged in and watching Netflix or gaming, you can boost the display to full resolution and enjoy the full Infinity goodness. Once you’re finished, popping the phone down into the mid-tier power range involves exactly one swipe and one tap. 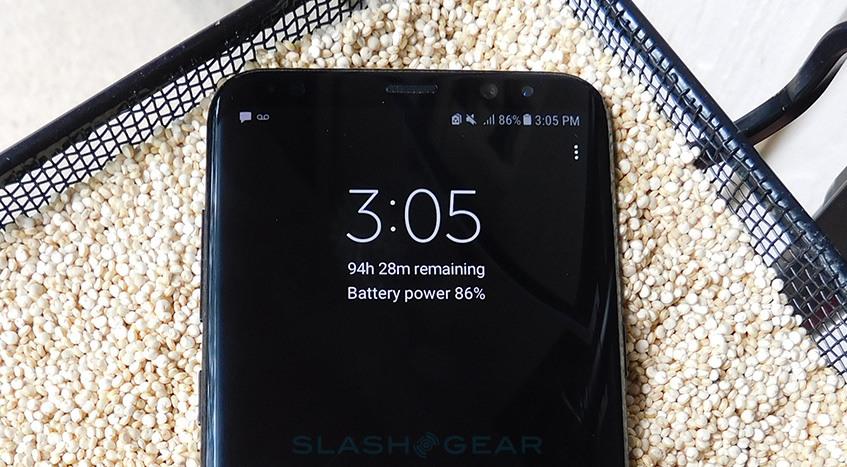 On top of that, the handset semi-regularly notifies the user about apps that are particularly power hungry, giving the user the option of stopping them to prevent wasted battery. The optimization tools require no effort on the user’s part, instead working silently to keep the handset optimized for best battery practices. For those times when you need the battery to last as long as possible, the ultra-power-saving mode remains, though it is more useable than ever. Turning it on can add days to the battery run time.

What you should worry about

When I say worry, I mean be mindful. While the S8’s battery is by and large wonderful, you’re still able to drain it posthaste with a bit of carelessness. Recording slow-motion video, for example, will make the phone hot and deplete the battery rapidly. Keeping the brightness and resolution maxed, all the wireless radios on, the Always On feature activated, and watching back-to-back videos will likewise put a big dent in the battery performance.

The Galaxy S8 phones have, relatively speaking, a small battery. Samsung has done an excellent job of squeezing every minute of possible life out of those batteries, though, so that you won’t feel like you’re missing out. With fast charging on top of it, there’s really nothing to be concerned about.