For years, Samsung Mobile has been dancing between two mobile processors, the Snapdragon chips from Qualcomm as well as the Exynos from its own sibling, Samsung Electronics LSI. In the past, the difference between the two chips in the same phone models hasn’t been that noticeably but that gap seems to be getting wider and wide. Matters have seemed to come to a head this year with the Galaxy S20 and its Snapdragon 865 and Exynos 990 variants. According to benchmarks and user testing, the two couldn’t be further apart in terms of performance.

Samsung’s flirting with two chips seems to have taken a rather ugly turn this year when it was discovered that the Galaxy S20 phones sold in its own home market of South Korea were, in fact, carrying US-based Qualcomm’s flagship processors. Media described Samsung’s chip division to have felt humiliated by the company’s decision.

In a statement to SamMobile, Samsung reaffirms its commitment to its own Exynos chips. It says that both variants have undergone the same rigorous testing and were subjected to the same quality standards. In short, it insists that the performance of those two are equal and consistent. Which, of course, is what you’d expect it to say anyway.

Benchmarks and reviews, however, paint a different picture. AnandTech’s data showed how the Exynos 990 variant of the Galaxy S20 Ultra lagged behind its Snapdragon 865 sibling. In addition to the performance gap, the Exynos chip was noted to throttle the GPU much sooner and its high-performance mode resulted in wildly inconsistent behavior. 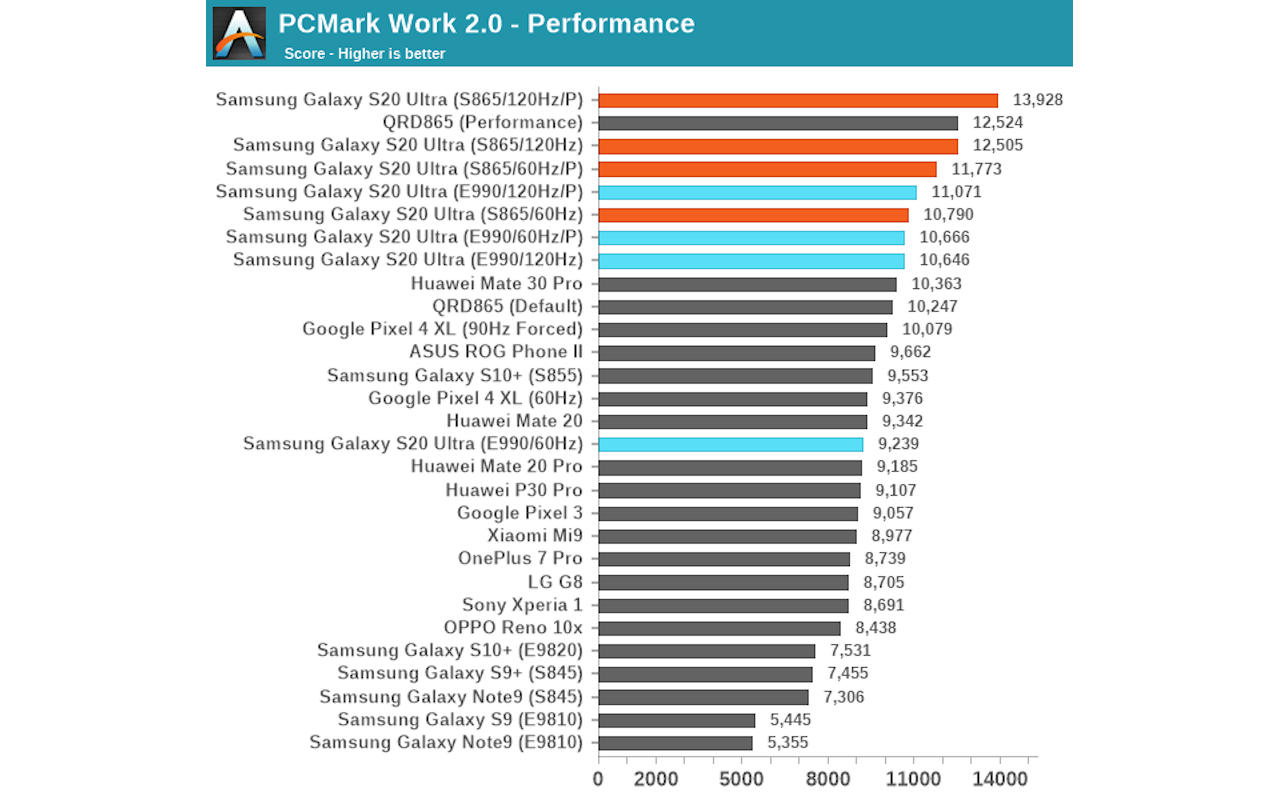 Consumers might not be complaining that much if they weren’t paying $1,400 for what may be a sub-par product. Making matters worse is how processor variants are chosen based on geography, leaving buyers little choice on the matter.