What should have been Samsung’s crowning glory this year is turning out to be a liability. Never mind that the Galaxy S20 series isn’t selling well since that can always be blamed on the COVID-19 pandemic. It is, instead, the Galaxy S20 Ultra with Samsung’s own Exynos chip that is giving users some doubts about the quality of Samsung’s products. This latest issue may not be directly related to that processor but its mere association is already sending some users speculating about the future of Samsung’s Exynos brand.

Samsung has recently been pushing its Exynos silicon as something other manufacturers could also buy and use but few phones outside Samsung, Meizu, and a single Motorola phone actually use it. Samsung’s processors have mostly been comparable to their Qualcomm equivalents but the gap between Exynos and Snapdragon is becoming more evident even to users.

As if adding insult to injury, a new software bug has popped up that affects only Exynos-bearing Galaxy S20 Ultra phones. Under certain circumstances related to refresh rate, brightness, and battery, Samsung’s most expensive 2020 smartphone starts exhibiting a green tint in some apps. It isn’t permanent but it tends to reappear when you least expect it to. 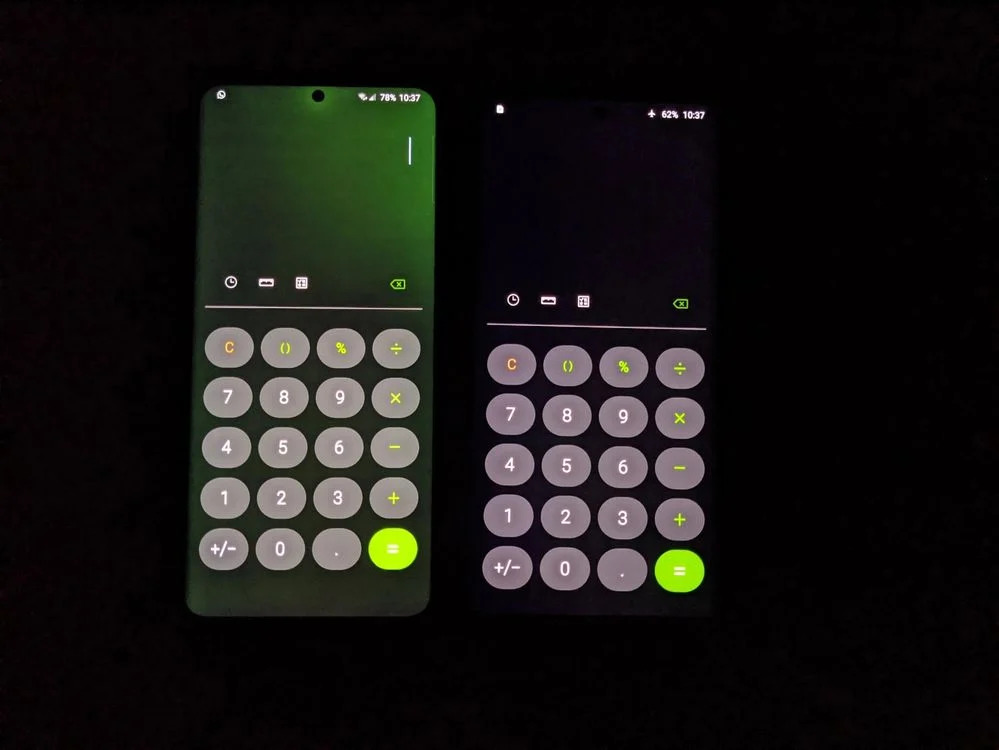 The bug started happening after Samsung rolled out the April update to the phones, hinting that it’s a simple software bug. It is, however, puzzling that it only affects Exynos variants. Given Samsung has more oversight over these, it’s definitely disappointing that such a bug got through QA testing.

This incident, even if not directly related, adds to the growing drama around Samsung’s Exynos chips. That drama even included a report on how Samsung’s own employees felt humiliated by the company’s choice to go with Snapdragon chips in South Korean models. There is also talk of Samsung dropping its custom CPU cores, practically repackaging ARM designs under an Exynos name.