Galaxy Note S Pen might have a camera inside for selfies

How much can you squeeze inside a thin stick like the Galaxy Note 9’s S Pen? Well, there is a button, a supercapacitor acting as a battery, a Bluetooth radio, and a spring. If that sounds like a lot already, apparently Samsung thinks that isn’t enough. For its next S Pen trick, it may put a camera inside. Still not satisfied, it might even add optical zoom that is mostly absent in larger smartphones.

Smartphone cameras are indeed getting smaller but the idea of putting a camera inside a thin S Pen plus the lenses necessary for optical zoom sounds almost preposterous. But judging by the patent filed in 2017 and just granted by the USPTO, Samsung might be taking a page from the likes of OPPO that arrange the camera in a periscope-like layout to maximize space.

But why go through all the trouble of cramming a camera inside the stylus? One theory is to do away with front-facing cameras completely. With a literal selfie stick, there would be no need for the camera and, therefore, no need for any notch or punch hole cutout. All you get is a clean, bezel-less, all-screen face. 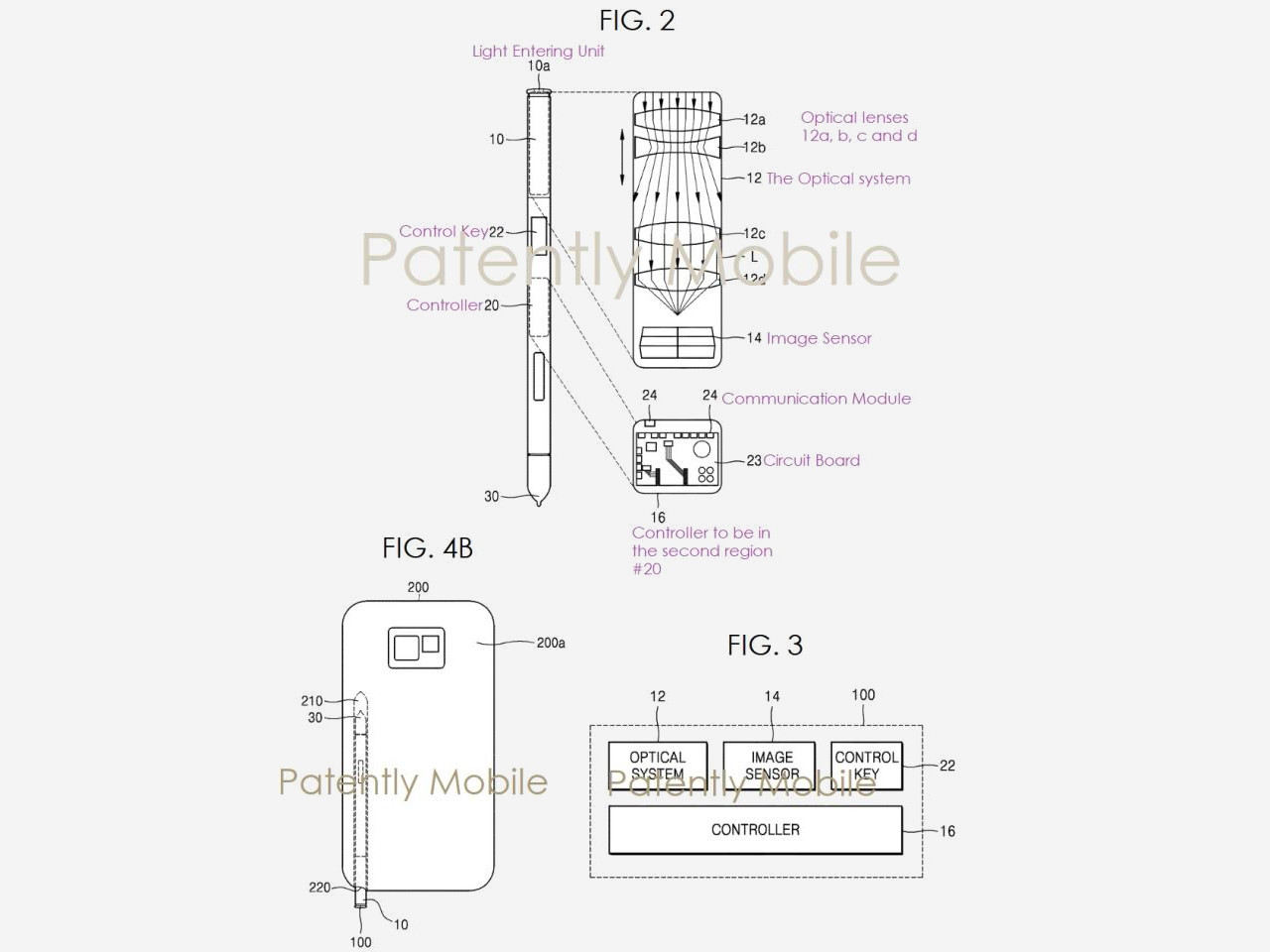 While the patent does note (no pun intended), that it is meant to be used for an upcoming Galaxy Note phone, it doesn’t say when or how. Of course, it won’t be enough for the camera-enabled S Pen to be able to take photos, it needs to also communicate with the phone to preview what’s being taken and to send the image or video from S Pen to the phone. And for some of those purposes, even ad hoc Wi-Fi might be too slow. Not unless, of course, Samsung manages to put flash data storage in the S Pen too.