The Galaxy Z Fold 3’s adoption of S Pen and Wacom technologies was widely praised, but its treatment of the stylus received the completely opposite feedback. Sold separately and without any home for it on the device, some regarded the S Pen as an optional afterthought rather than a selling feature. The balance between having a thin device and a comfortable stylus has always been a delicate dance, but a new Samsung patent plays around with the idea of a foldable device that does have room for the S Pen in a rather intriguing way.

The Galaxy Flex Note patent shows a foldable device so unlike anything Samsung has shown so far that it casts a lot of doubt on its viability. Unlike the “innie” foldables the company uses, this concept has an “outie” like the first Huawei Mate X and earlier foldable device prototypes from the likes of Xiaomi. One critical difference is that only one small section of the screen folds backward to cover nearly half of the device’s back, leaving what looks like a smartphone with a typical size and aspect ratio, unlike the Galaxy Z Fold 3’s narrower folded form.

That screen “flap” does more than just fold, though. It also hides a compartment for a rather flat stylus more similar to the Surface Pro X’s Surface Slim Pen. Presumably, that stylus also magnetically attaches to the back of the device even when unfolded, balancing the thicker section of the phone on the opposite side that most likely holds the device’s hardware and battery. Unfortunately, this balance wouldn’t work if the S Pen is being used, which is how most will probably try to use it when drawing on a flat surface like a table.

The patent doesn’t show any visible cameras on the device’s back but does suggest at least two under-display cameras on the foldable part of the screen. This would allow the same high-performance cameras to be used both for regular photos as well as selfies and video chats, reducing the number of sensors needed. Given the performance of the Galaxy Z Fold 3’s under-panel sensor (UPS), however, this could prove to be divisive and even disappointing. 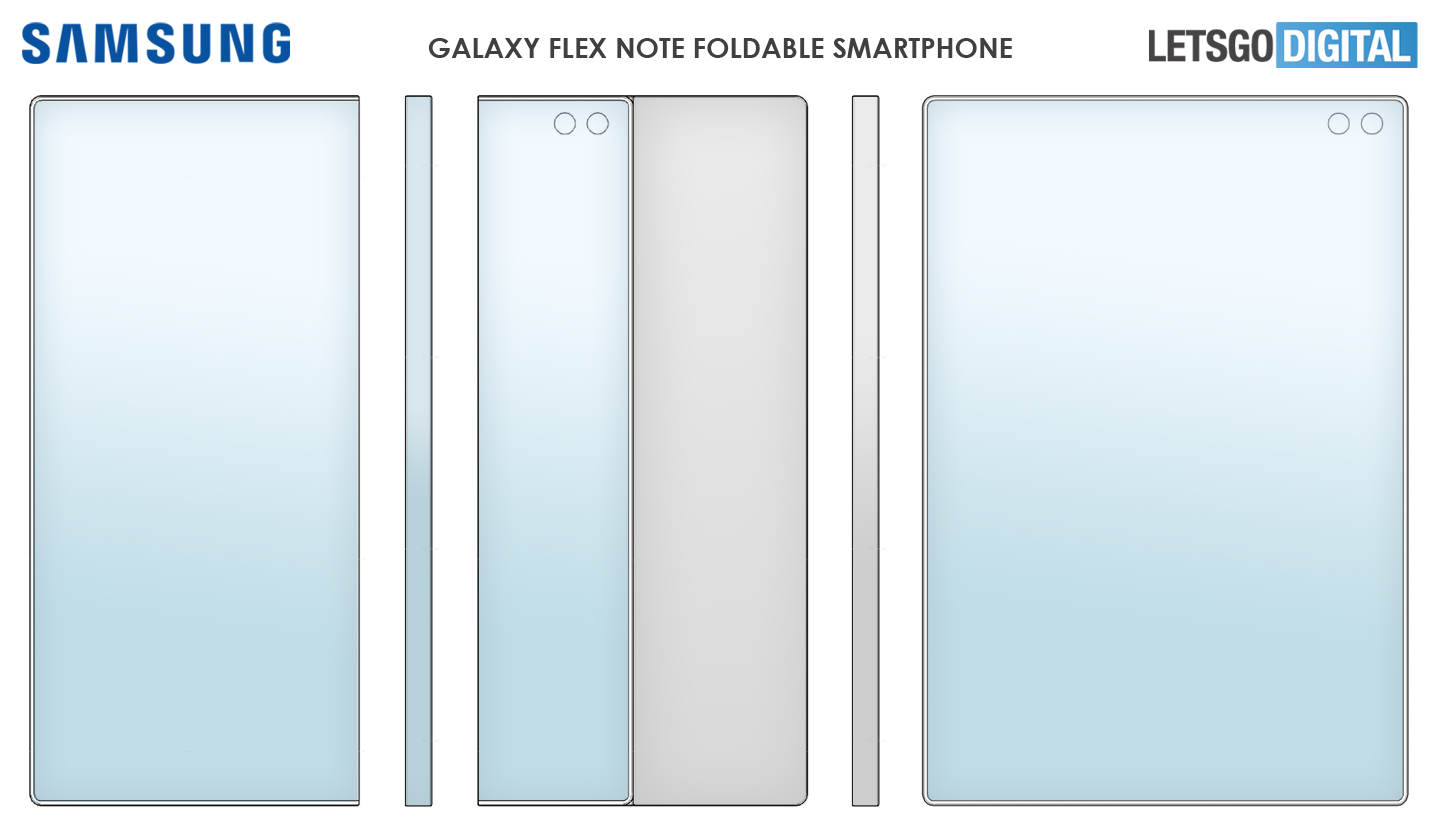 This is, of course, still just a patent, and the UDC technology might have already caught up by the time this Galaxy Flex Note becomes a reality. Of course, Samsung will also need to address other problems, like the durability of a flexible screen that will always be exposed and a flexible Wacom digitizer. If Samsung manages to pull it off, though, it would definitely be a killer device worthy of succeeding and replacing the Galaxy Note line.