Future Apple Pencil might work without an iPad Pro

It’s a bit amusing to see Apple embracing something it scorned in the past. Although it hasn’t completely adopted the stylus the Microsoft has with Windows Ink, Apple does seem to be playing around with the idea of expanding the Apple Pencil beyond the confines of iPad Pros. And, no, that doesn’t mean an iPhone Apple Pencil. In fact, based on this recently spotted patent, it won’t even need any iOS device at all.

Part of the Apple Pencil’s appeal is that it isn’t exactly like any other active stylus technology in the market today. Unlike Samsung or Microsoft, Apple didn’t simply license Wacom or buy out N-Trig. Instead, it made its own, giving it the complete freedom to expand it beyond its initial purpose of drawing digital ink on an iPad Pro.

This latest patent doesn’t even show an iPad, much less an iPhone. Instead, you have a Mac and a MacBook, both of which seem to be fitted with sensors on top of the display. As techies might have guessed by now, these sensors will be tracking the position, movement, and even orientation of the Pencil, all without the pencil touching a display.

In fact, the Apple Pencil in the patent can touch any surface and the sensors will pick it up, which can be useful in, say, trying to trace a 3D object into a digital copy. Somewhat ironically, this takes us back to the days of the lightpen, which used the same basic principles, but in a more simplistic and limited way. 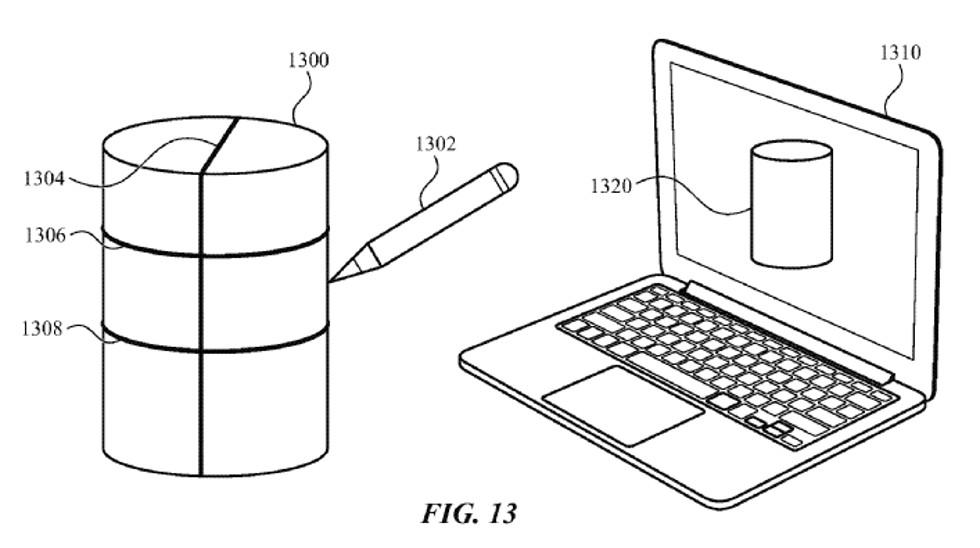 It would definitely be nice if Apple actually implemented this, but, as it stands, it’s just piling up Apple Pencil patents. It also has one that can be used on the touchpad of a MacBook and another where there are pressure sensitive sensors on the barrel of the stylus. While these may never be actually implemented, it’s still reassuring to know that Apple isn’t as close-minded about the stylus as it may have been.