As promised, Sony is currently hosting a deep dive into the PlayStation 5’s hardware, featuring none other than PS5 system architect Mark Cerny. This is the moment PlayStation fans have been waiting for – following up on the full Xbox Series X reveal earlier this week, it’s now Sony’s turn to show off its console to the world. One of the best ways to do that, of course, is by providing a spec sheet.

Though Sony’s presentation is still ongoing at the time of this writing, the folks at Digital Foundry have published a mostly complete specification sheet for the PlayStation 5. Digital Foundry says that the console’s CPU will be comprised of 8 Zen 2 cores clocked at 3.5GHz, with support for variable frequency. The PS5’s GPU is built using a custom AMD RDNA 2 architecture and boasts 36 compute units clocked at 2.23GHz that are capable of 10.28 TFLOPs. Like the CPU, the GPU in the PS5 supports variable frequency as well. 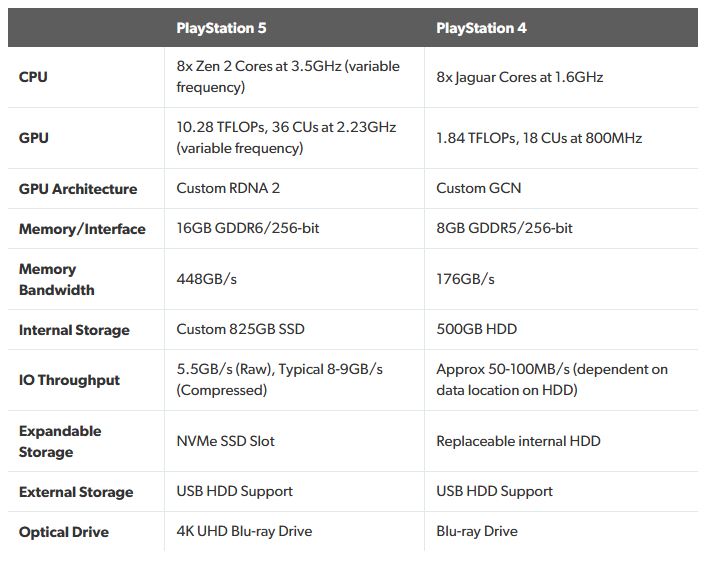 Like the Xbox Series X, we’ll see 16GB of GDDR6 memory, though bandwidth tops out at 448GB per second with the PS5’s RAM. While both consoles use SSDs for storage, there are some big differences between the two. For instance, the Xbox Series X SSD comes with 1TB of capacity standard, while the PlayStation 5’s SSD comes with 825GB.

That might be a knock against the PS5 in the eyes of customers who aren’t beholden to one brand over the other, but one place where Sony might win points is when it comes to adding expansion drives. The PS5 will offer an expansion slot for additional storage (it’ll also support USB expandable storage) just like the Xbox Series X does, but while the Xbox Series X uses proprietary SSD cards, the expansion slot on the PS5 will be an NVMe slot. 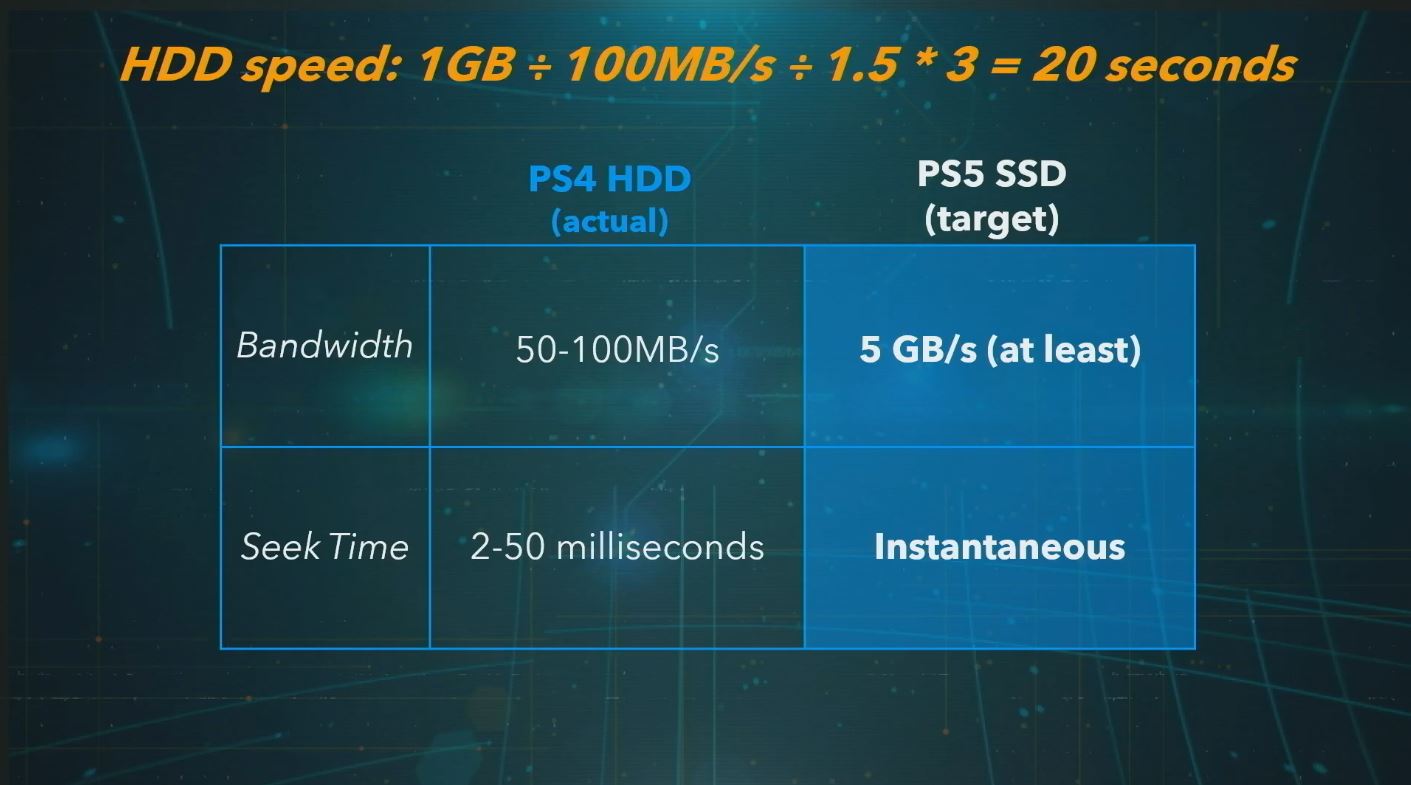 In theory, that means you’ll be able to pick up a compatible drive off the shelf and use that as an expansion drive for the PlayStation 5, but in practice, it might be a little while after launch before you can do that. As Digital Foundry explains, to get the most out of an PS5 expansion drive, you’ll want to get a PCIe 4.0-based drive, which will be rare and expensive when the PS5 hits shelves. Cerny also noted in his presentation today that Sony will be validating drives that are compatible with the PlayStation 5, so wait on Sony for more information before you rush out to buy more storage.

The final specification that Digital Foundry lists today is that of the optical drive, revealing that the PS5 will indeed have a 4K UHD Blu-Ray drive. So, with the PlayStation 5, Sony is finally fixing one of the biggest oversights of the PlayStation 4 Pro, which doesn’t support 4K Blu-Rays.

With Sony’s deep dive ongoing, we expect plenty more details about the PlayStation 5 to surface today, so stay tuned for that. In the meantime, head down to the comments section and let us know what you think of the PlayStation 5 specifications we’ve seen so far!