Canon and Nikon recently announced new digital cameras that were clearly aimed at the smartphone generation. Their spiel was to entice them with features that will help them graduate from their measly phone cameras. Fujifilm is following suit but is singing a different tune. it is, instead, bringing smartphone features to its mirrorless camera line, but, sadly, at the expense of some things that would otherwise make the X-E3 interesting to amateur photographers as well.

Fujifilm is calling the X-E3 a “rangefinder style”, by which it means it is like a rangefinder camera, but not quite. That’s because unlike the fancy new hybrid viewfinder you’ll find in the more expensive and more capable X-Pro2, you only get an electric view finder on the X-E3. Still, an EVF is better than no viewfinder, allowing you to keep an eye on the subject without a display getting in the way.

Speaking of that display, the X-E3 comes with a touch-enabled one, part of its appeal to smartphone users well-accustomed to touch interfaces. But there’s a rather big catch. Gone are the usual D-Pad and buttons you’d find in modern digital cameras, yes, even those with touch screen LCD displays. They are, instead, replaced by touch gestures and taps. So while you keep your eye focused in the EVF, you might find yourself fumbling to change the settings. At least the shutter speed and exposure dials are still there at the top. 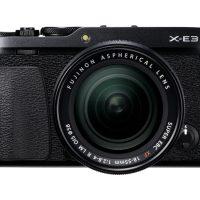 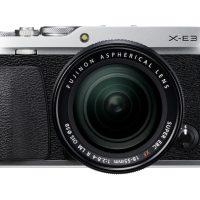 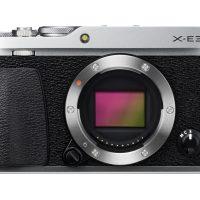 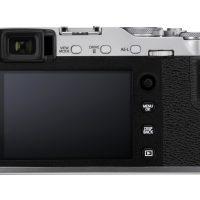 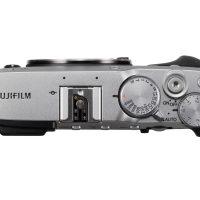 The other smartphone-related feature is the addition of Bluetooth Low Energy or Bluetooth LE. This is the first time Fujifilm as added the wireless connectivity option to its X series. This makes it easier to immediately transfer photos to a nearby camera and upload them to social media.

The rest of the specs almost read like the list for the X-Pro2, including the 24.3 megapixel X-Trans CMOS III sensor, the X-Processor Pro image processor, an ISO range of 200 to 12800, and the capability to shoot in 4K 30p. The Fujifilm X-E3 will go on sale end of the month for around $900.