Freshpet has recalled some of its bite-size dog treats over the possible risk of salmonella contamination, which could make dogs and their owners ill. Only one lot of the company’s Select Small dog Bite Size Beef & Egg Recipe Dog Food sold in one-pound bags have been recalled, with Freshpet providing identifying details like UPC and Lot codes.

The new recall is voluntary, with Freshpet noting that it hasn’t received any reports of illnesses or other issues related to dogs or their owners who purchased the treats. The recalled lot of dog treats may have been sold at various stores in some states, including some Target stores in southern California and Arizona, as well as Publix stores in South Carolina, Georgia, and Florida. 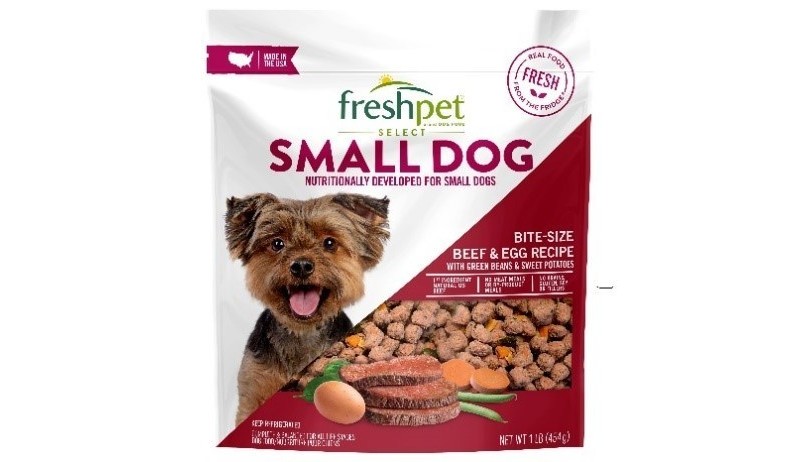 As well, Freshpet says that it was able to intercept most of this recalled product while it was still in distribution warehouses, meaning the majority of these products never made it to store shelves for consumers to purchase. The company explains that it had earmarked the lot for destruction, but a mishap resulted in some of the products being shipped to retailers in the aforementioned markets.

The recalled lot was shipped to these retailers between June 7 and June 10. Freshpet says that consumers who may have purchased one of these recalled bags of dog treats should throw it away; a refund is available from the company.

Consumers who think they may have purchased one of these bags should check out the company’s recall notice and compare the identifying details with their item. Among other things, the recalled bags feature the lot code “1421FBP0101,” which is printed on the bottom and back of the bag.