Four Internet “Faux Pas” That We All Need to Relax About

Drunken Facebook messages. Accidentally tweeting something that was meant to be a Direct Message. That moment someone tells you that you hit “Reply All” by mistake. Realizing the goofy video you posted to YouTube for your friends now has 100,000 views.

There are enough genuinely embarrassing and socially frowned upon things you can do online these days, that we don’t need to pile on with manufactured outrage over instances that don’t have malice or inadvertent intentions. The following are five examples of exactly those kinds of “Internet faux pas” that should make you stand up and think: maybe we all just need to calm down a little bit.

Okay, perhaps this one is a little too obvious; it’s certainly not groundbreaking to come out against the “politically incorrect” nonsense that this country is always so riled up about. Is this one too obvious? Maybe a little bit.

Impending Daily Show host Trevor Noah was put through the ringer several weeks ago when people started digging through his old tweets. Jokes about “fat chicks,” almost hitting a Jewish kid with a German car, and a joke about the unrest in Israel.

Outrage over tone-deaf or politically incorrect jokes is just a little bit ridiculous, especially when you’re talking about someone who is in line to host a show that is all about mixing controversy and satire. 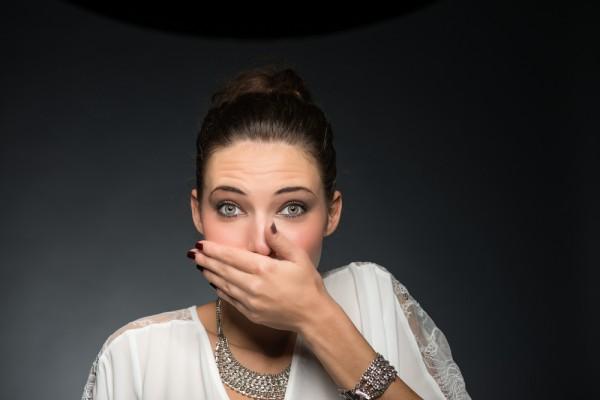 Noah is hardly the only one to face this kind of backlash. Roseanne Barr, Gwyneth Paltrow, Kenneth Cole, and countless others have all been lambasted for posting things on Twitter that were unfunny at best, weird at worst. But not blatantly offensive. Even Stephen Colbert ended up in hot water for a tame joke that he didn’t even tweet (a member of Comedy Central’s social media team did).

Everyone wants everything to be called offensive and controversial. Remember the good old days when Twitter was called out being the catalyst for paradigm shifts and political salvation, like the overthrowing of the Egyptian government? Now it’s used as a platform to demonize someone for making jokes about the effect of beer goggles on overweight women. Sigh.

Facebook, much more so than Twitter, is a platform where people feel safe to post their most personal and vulnerable feelings. So we’ve all faced the awkwardness of how to respond when we see someone posting about

Unfortunately for these situations, Facebook doesn’t have the appropriate mechanism to show your support in a quick and demonstrable way. Sure, you can write a thoughtful response, but maybe you don’t feel close enough to that person to interject yourself into the discussion like that.

So what’s left? Clicking the venerable “thumbs up” button. Sure, it might appear a little tone deaf – as Family Guy has demonstrated, and some people call this out as inappropriate social media etiquette, but let’s be real about this. Is there really anyone who’s hitting the Thumbs Up button sarcastically, in mockery? So why can’t we all just agree that clicking “thumbs up” on Facebook is a generic sign of support for the situation at hand, regardless of what it is.

Posting an asked-and-answered question on a message board

Whether you’re entering a tight-knit enthusiast community or posting a question on a major subreddit, if you have the gall to post a new thread asking about something that has already been discussed, even if it was weeks, months, or even years ago, you’re bound to come across someone who will show you no mercy over the fact that you didn’t use the message board’s search feature before.

This one is perhaps the most ridiculous. Asking a genuine question on a message board should not be frowned upon. Sure, if you’re on the Xbox One reddit and post the question “what is the Xbox One?” then you can expect ridicule.

But if you’re on the Delta Flyertalk forum to ask what the business class cabin is like on domestic transcon flights, there’s a good chance someone will rib you for not doing your research and looking at the other threads on that subject. The same goes for nearly every enthusiast community.

And this appears to be fairly accepted behavior among tight-knit online communities, which flies in the face of trying to incite continuing discussion. In the amount of time it takes to call out someone for not searching the message board archives and linking them to a prior discussion about the subject, why not just answer the question, and foster a new conversation about the topic at hand? Is that so hard?

They exist in every blog comment thread. They peer over the Twitterverse like a hawk. They are the people who feel the need to interject themselves into any conversation to let you know that something you wrote is gramatically incorrect.

Now, obviously, we’re a civilized society and we all want everyone to be literate and to be able to have a firm grasp on the English language and all of its intricacies. But to call someone out for technical, like starting a sentence with a conjunction, using a sentence fragment, or ending a sentence with a preposition (all of which have already happened in this article), is just unhelpful pseudo-arrogance.

But it’s also unhelpful to call out the grammar police on how unhelpful their comments are. Everyone should just stop responding to anyone who criticizes online grammar. These people just exist to fan the flames because they have nothing better to do; it’s best to just ignore and move on.

The term “internet faux pas” has nearly 5 million results on Google. There’s so much emphasis on over-analyzing every interaction everyone has with every platform they ever touch. Isn’t it all just getting to be a little bit too much? Let’s all just take a deep breath.