After being revealed at E3 2021, Forza Horizon 5 is here, and it’s taking us to Mexico. Forza Horizon 5 is one of Microsoft’s biggest launches of the year, and in fact, were it not for Halo Infinite, it would probably be the single biggest release for the big M in 2021. I’ve been spending some time with Forza Horizon 5 over the past few days, and while I’m not ready to write a full review about it just yet, I have played enough to give my first impressions of it.

For context, I’m something of a latecomer to the Forza Horizon series. I started with Forza Horizon 3 on Xbox One, then eventually graduated to Forza Horizon 4 on the same platform and, after a while, PC. I loved both titles and said both were among the best games of their respective release years.

While Forza Horizon 4 was an excellent game and I loved England, it didn’t quite have the same impact as a setting as Forza Horizon 3‘s Australia did. The shifting seasons introduced in Forza Horizon 4 were great, and those are returning for Forza Horizon 5, but even though Forza Horizon 4‘s take on England was beautiful, the setting sort of took a backseat in that entry for me.

The same is not true for Forza Horizon 5. Mexico is instantly engaging as the setting for this game. This is one of the most beautiful games I’ve ever played, and even in my short time with Forza Horizon 5 so far, I’ve seen enough of Mexico to feel compelled to explore more. From the jungles and deserts to the coast and the volcano that dominates the map, Forza Horizon 5‘s version of Mexico is a sight to behold.

It’s so pretty that I’ve ruined leads in multiple races because I was distracted by the scenery, and the images I’ve included in this article (captured with FH5‘s Photo Mode) capture just a few of the more striking places I’ve visited. In a series where the gameplay is a known quantity already, Forza Horizon 5‘s setting and map become the stars of the show, and Mexico definitely doesn’t disappoint.

A new setting with a familiar friend

Even though Forza Horizon 5 is immediately impressive because of its setting, I am slightly concerned that it feels mostly the same as past entries. Perhaps I need to spend some time with Forza Horizon 4 before my full review so I can make a fresh comparison between the two games, but Forza Horizon 5 feels very similar to the Forza Horizon games of the past. 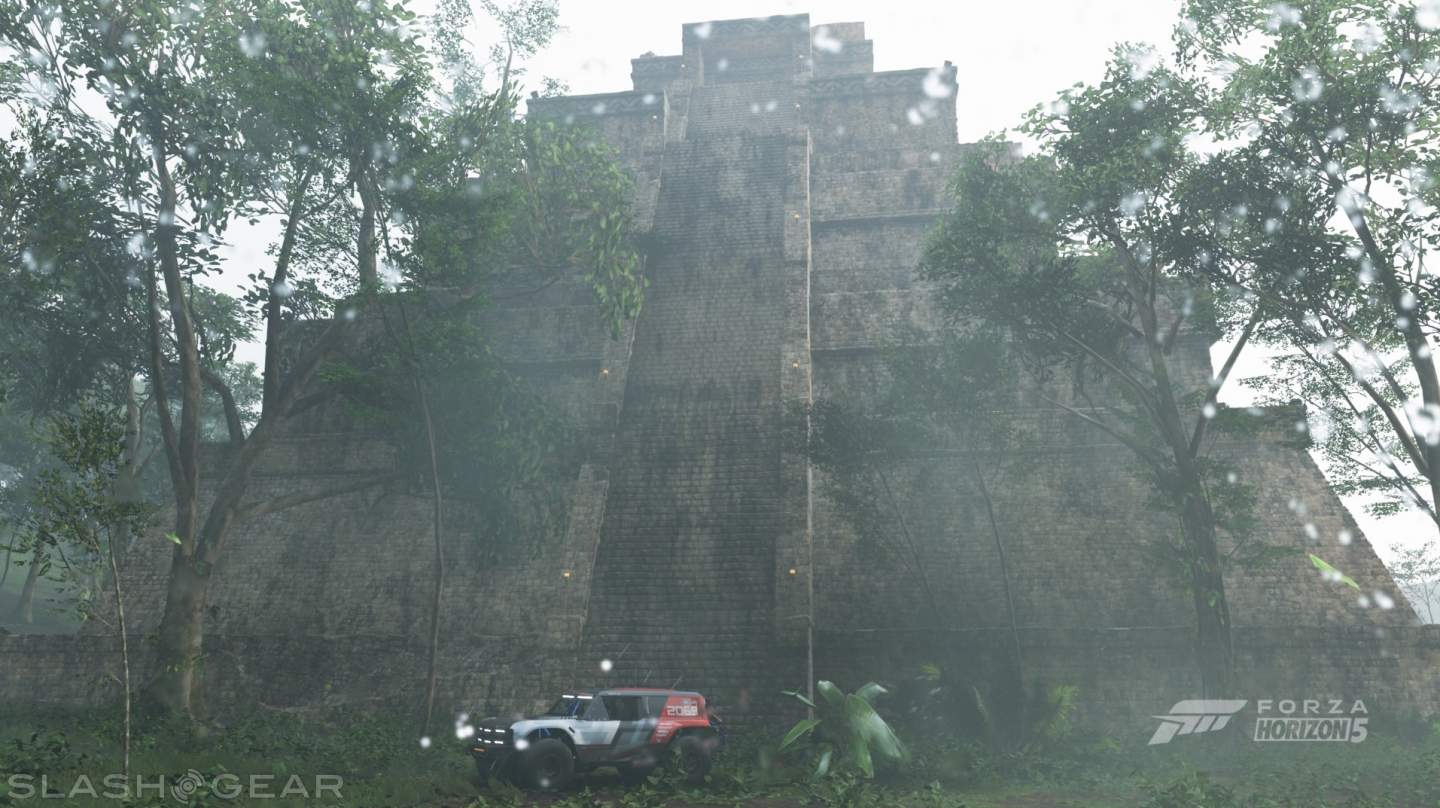 That’s not necessarily a bad thing because Forza Horizon has always offered stellar gameplay. The structure of Forza Horizon 5 isn’t exactly the same as past entries either, as it splits different event types into sub-stories that can be progressed individually. I like that a lot, but the core narrative of building the Horizon festival in a new location remains.

Maybe things will change as I progress further into the game, but for now, Forza Horizon 5 feels more like an iteration than a unique experience. As the saying goes, “if it ain’t broke, don’t fix it,” and that applies to video games as much as anything else. However, I do worry that the Forza Horizon series may not be doing enough to innovate from entry to entry, which may cause it to start losing players before long.

Still, for now, there isn’t a lot of indication that Forza Horizon 5 is the straw that will break the camel’s back – early reception to the game seems good, and as long as the gameplay remains fun, players may not have an issue with Playground Games and Microsoft erring on the side of familiarity. Unfortunately, I haven’t played enough of the game to determine just how similar it is to Forza Horizon 4, but at this early stage, it feels very similar to what I’ve played in the past.

I’ve been playing Forza Horizon 5 on PC, and I’ve been impressed so far. There have been some issues, but they’ve been mostly minor. I’ve noticed some problems with pop-in, and texture streaming for some far-off scenery seems like it can lag when it’s quickly brought into the foreground (such as during races). There was also an issue where I couldn’t find an online session for a few days, but that issue seems to be fixed at the time of this writing. 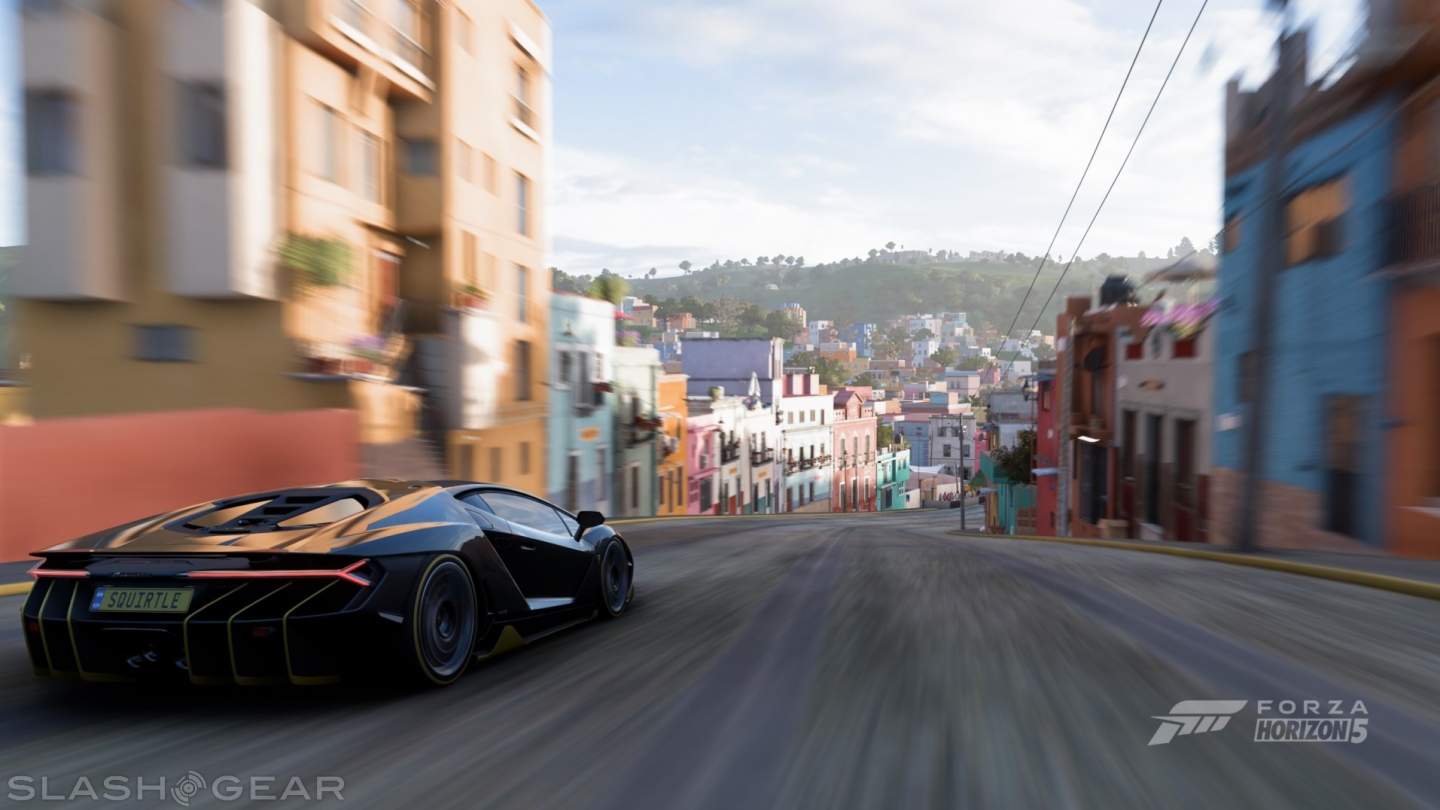 Obviously, this isn’t console gaming we’re talking about here. PC gaming can often be a mixed bag, so my experience may not necessarily be the experience that others have. For what it may be worth, playing Forza Horizon 5 on PC has been pretty smooth, though with reports of Forza Horizon 5 crashing on startup for some users, I may be one of the lucky ones.

So far, I’ve really been enjoying my time with Forza Horizon 5, even if it is a little too similar to past entries in the series. I’ll be publishing a full review of the game in the coming days, so be sure to keep an eye out for that.