Following multiple leaks indicating as much, Epic Games has officially confirmed that it has a Travis Scott event in the pipeline for its battle royale game. The event is called ‘Astronomical,’ and it’ll involve an experience that premieres a brand new song. Things will operate a bit differently with this in-game event compared to the last Fortnite concert; here’s what to expect.

The upcoming ‘Astronomical’ event will take place in Fortnite with what Epic refers to as multiple ‘tour dates.’ Players will be able to experience the event from April 23 to April 25 — the event starts at 7PM ET on Thursday, then goes live again starting at 10AM ET on Friday, with multiple chances to tune in through late Sunday. 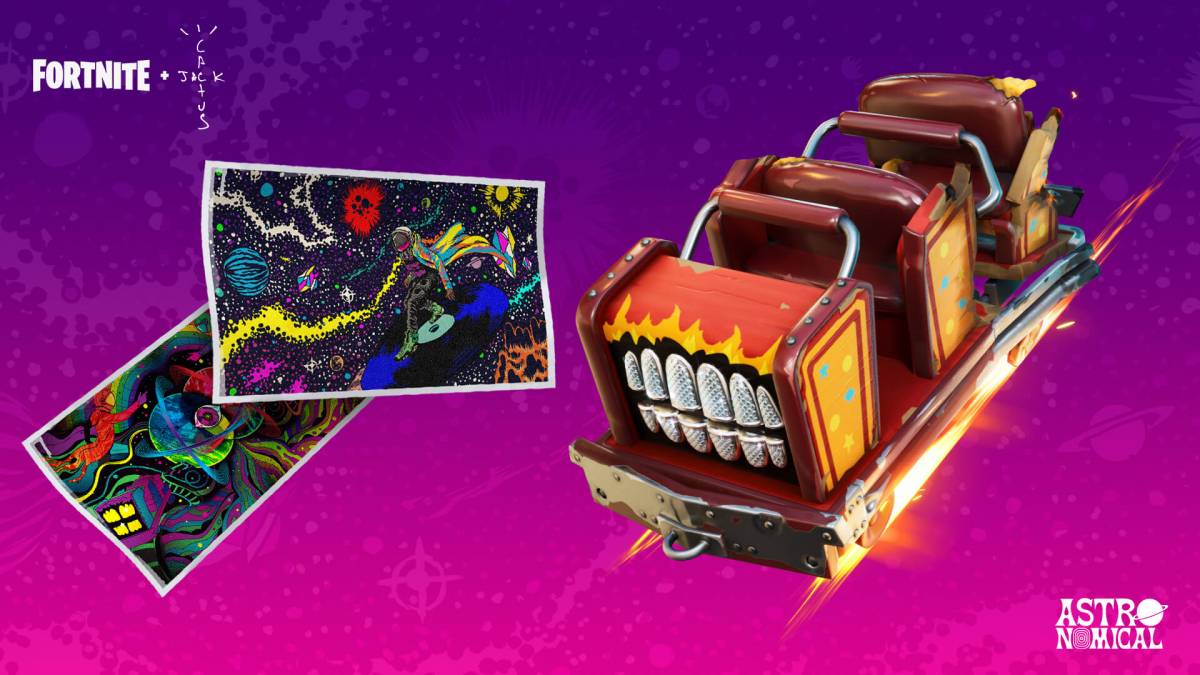 It’s unclear how, exactly, the event will take place. Epic refers to Astronomical as a ‘one of a kind musical journey,’ one that it says has been ‘built from the ground up’ within the battle royale game in order to offer players ‘an other-worldly experience.’ This tease follows the appearance of a small purple dot in the battle royale island’s sky.

This Audio & Texture just got decrypted! [Thanks to @MaikyMOficial for noticing the AES KEY)

YOU CAN HEAR TRAVIS SCOTT'S – HIGHEST IN THE ROOM SONG!! ITS CONFIRMED!! pic.twitter.com/HoUDRaiHq9

That dot appears to be a purple sphere carrying the Astronomical experience, at least based on some leaks that surfaced last week. The environment appears to be slowly descending to the ground, where it will presumably unfold to present the experience. It’s unclear whether players will jump into it or if it will feature a more traditional stage-based concert event.

A better look at the Astro World currently high in the Sky! pic.twitter.com/imRIzDJ1Uv

Ahead of the event’s arrival, Epic says that players can expect a new Icon Series in the Item Shop related to Astronomical, one that includes a new glider, loading screens, outfits, emotes, and more. These new items will be available starting on April 21, two days before the first day of the concert.