Earlier this week, Epic Games introduced Fortnitemares 2021, the latest Halloween event in its hit battle royale game Fortnite. One of the things introduced as part of this year’s Fortnitemares is Fortune Cards, which tease the new skins that will arrive in the game’s Item Shop. The first week’s skins have almost entirely been revealed, but there’s one left and it sure looks like a Walking Dead crossover.

The first Fortnite Fortune Cards week runs from October 5 – 11; the first three of the cards have been revealed, but one remains. The teaser illustration shows a cowboy hat with a sheriff badge and two distinct ties…the exact same style worn by The Walking Dead character Rick Grimes. 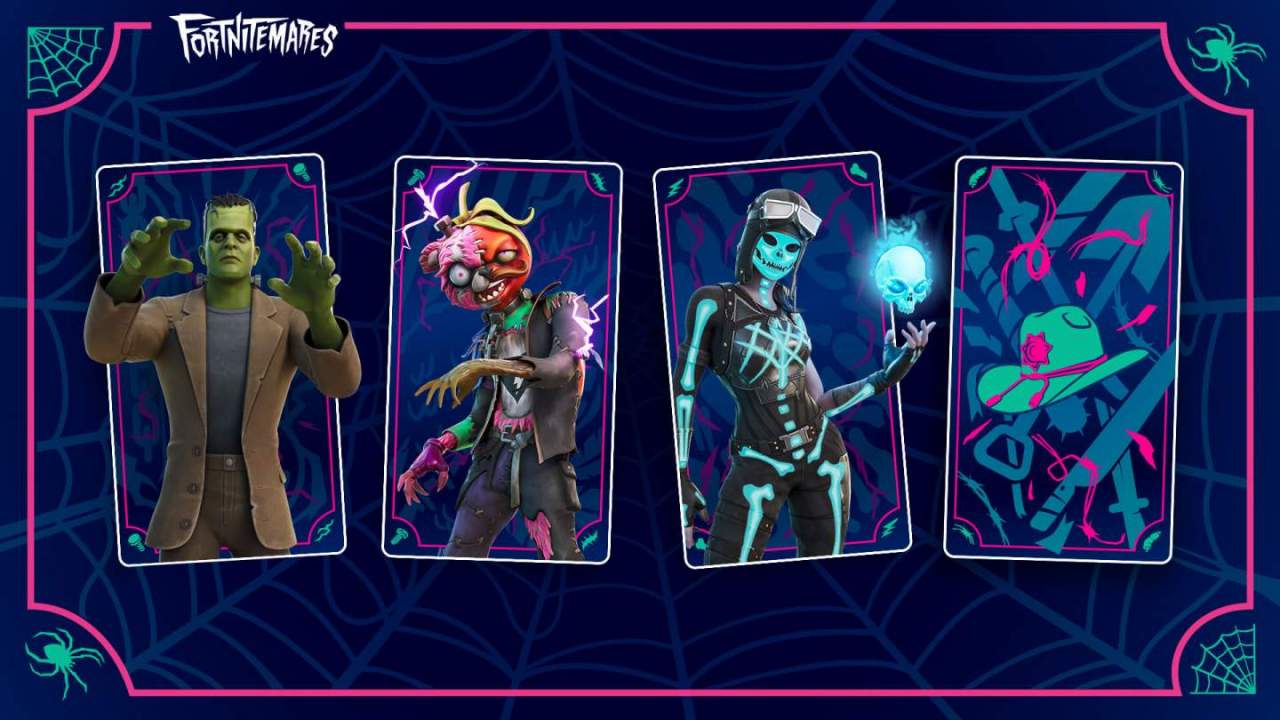 We’ve already seen one Walking Dead crossover in Fortnite, though it wasn’t a terribly large one with only a couple of skins. Halloween is the perfect season to add another zombie hunter to the game, though it appears it’ll be an Item Shop drop, meaning you’ll have to pay for it when it arrives.

The Rick Grimes skin hasn’t been confirmed, but the card is a solid indication that players can expect the crossover. This week’s already-revealed Fortune Card skins include Frankenstein’s Monster with the Vintage Frank style, a neon blue skeleton version of the Renegade Raider dressed as Skeletara, and the Curdle Scream Leader.

Epic says two additional cards remain for the first week; based on the remaining days and the current release schedule, it looks like the anticipated Rick Grimes skin will be revealed on October 9 followed by the week’s final skin on October 11. More details can be found on Epic’s Fortnite blog.