Formlabs is back with updated versions of its popular Form 3 and Form 3B SLA 3D printers. The new Form 3+ and Form 3B+ promise key enhancements — of particular note, faster printing speeds — made possible by a combination of updated hardware and software. As well, Formlabs has also taken the wraps off its new ESD Resin, a new material that can be used to print ESD-safe components. 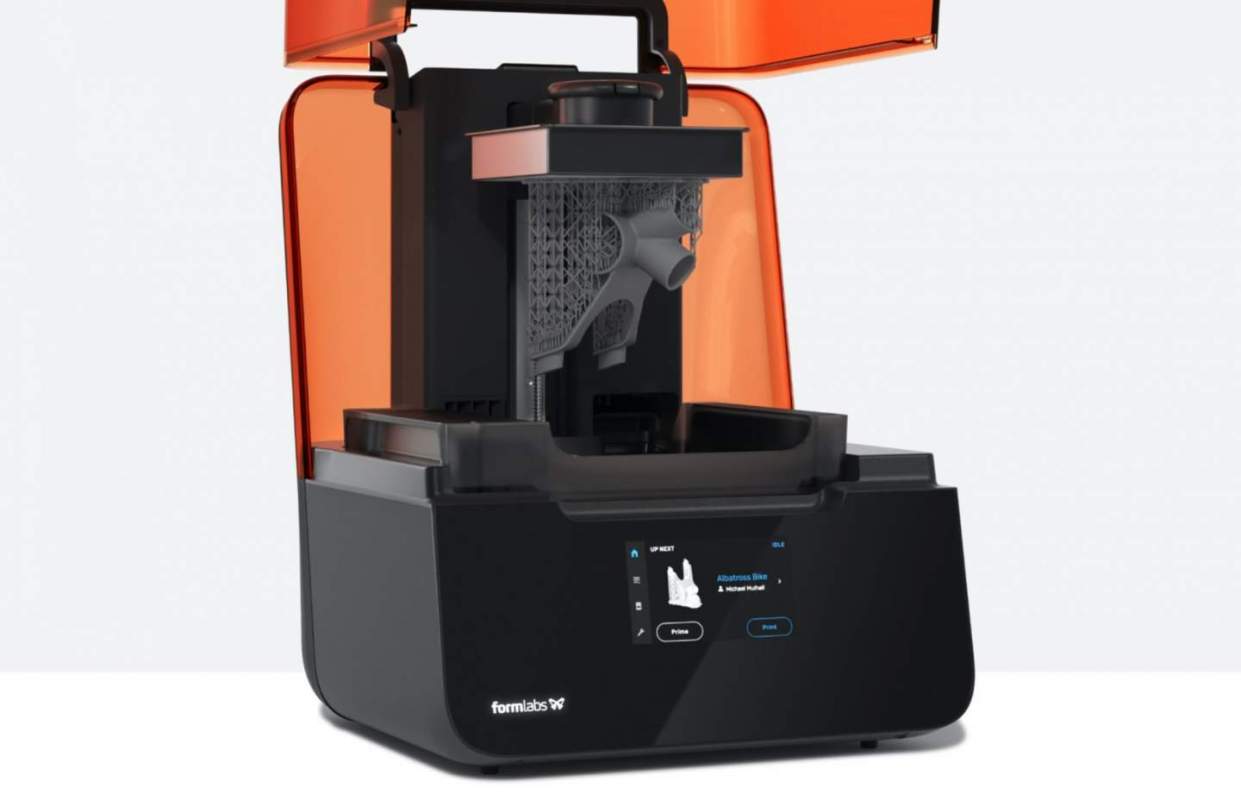 The Formlabs Form 3+ and Form 3B+ printers have certain things in common, including updated software and the next-gen Build Platform 2. The latter feature includes the company’s quick-release tech, which makes it easier to get prints off the build surface without tugging or using scraping tools.

Both models likewise feature new materials and, of note, more powerful lasers with a greater intensity level compared to the previous printer models. The combination of these changes boosts print speeds by up to 40-percent, according to Formlabs, while optimizing the laser exposure. 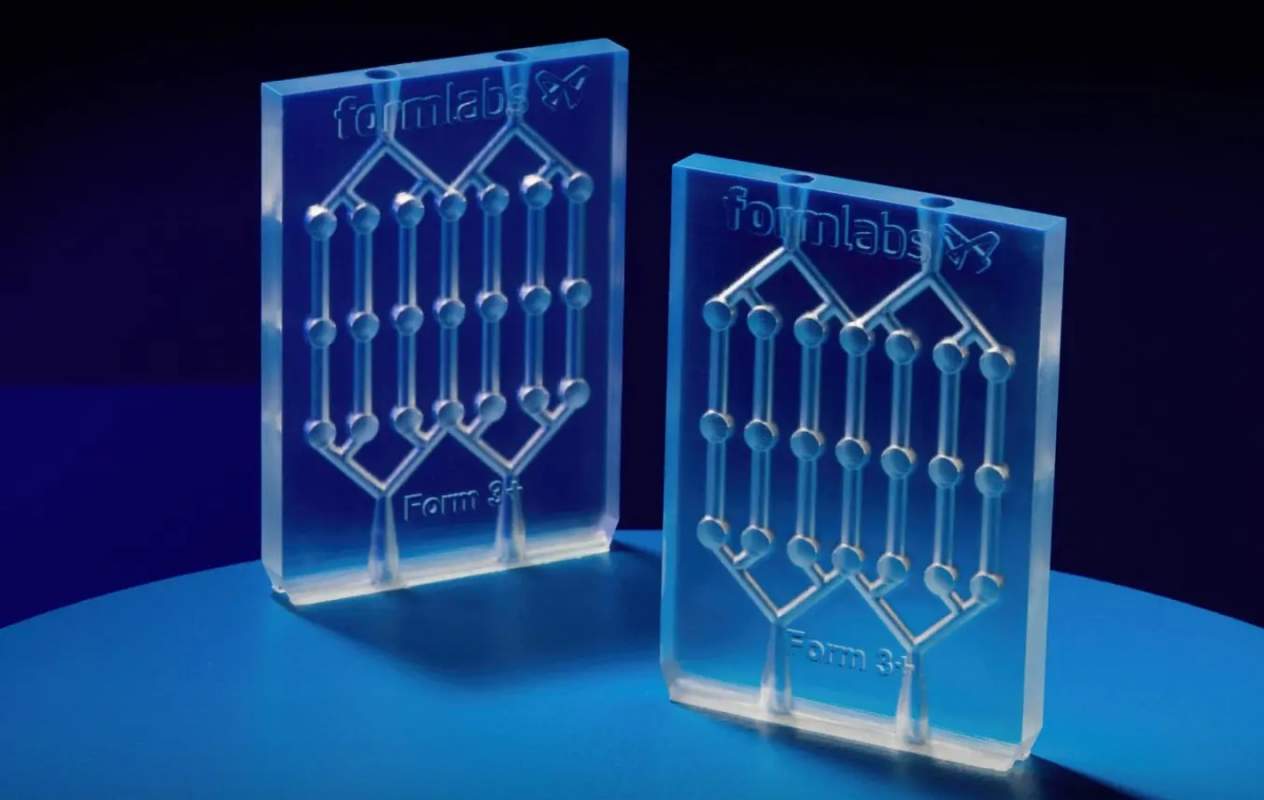 The Form 3+ model, in particular, is the more affordable of the two models (though still quite expensive) at $3,499 USD. Buyers can expect “industrial-quality” results, the company claims, underscoring the model’s high-end nature by showing off its ability to print dental molds.

This model features a 250mW laser and the ability to print models with layer thickness ranging from 25μm to 300μm. This combination allows for a high level of precision, making it possible to print models that feature fine details and shape edges. Despite the precision level, Formlabs says the Form 3+ can produce models rapidly.

Unlike filament-based printers, this resin printer eliminates the lines produced by printing one layer at a time. This is due to how the laser works: by producing a uniform laser across the full print surface. Beyond that, the 3+ includes adaptive layer tech for automatically adjusting layer heights across the model based on its own unique geometry.

While the Form 3+ is a very high-end printer, the Form 3B+ takes things to the next level with a design specifically tailored to healthcare needs. For that reason, it’s not surprising the 3B+ starts at $4,850 USD, putting out the reach of all but the most dedicated 3D printing enthusiasts.

This model works with Formlabs’ full SLA materials loadout, which means it can be used to print models using biocompatible resins and materials that can be sterilized. 3D printing technology has proven vital to healthcare settings, making it possible to print items that are uniquely designed for each individual patient.

Formlabs provides some examples of the kinds of objects its 3B+ can print, including surgical planning models, instruments, anatomical models based on a specific patient, visual aids to help doctors diagnose conditions, and more.

Printing a splenic artery using Formlabs’ elastic 50A resin, for example, would take around 8 hours and $13 in materials, the company explains. A laryngoscope would involve similar costs and time when printed in BioMed amber resin, too, at $12 and 6 hours. 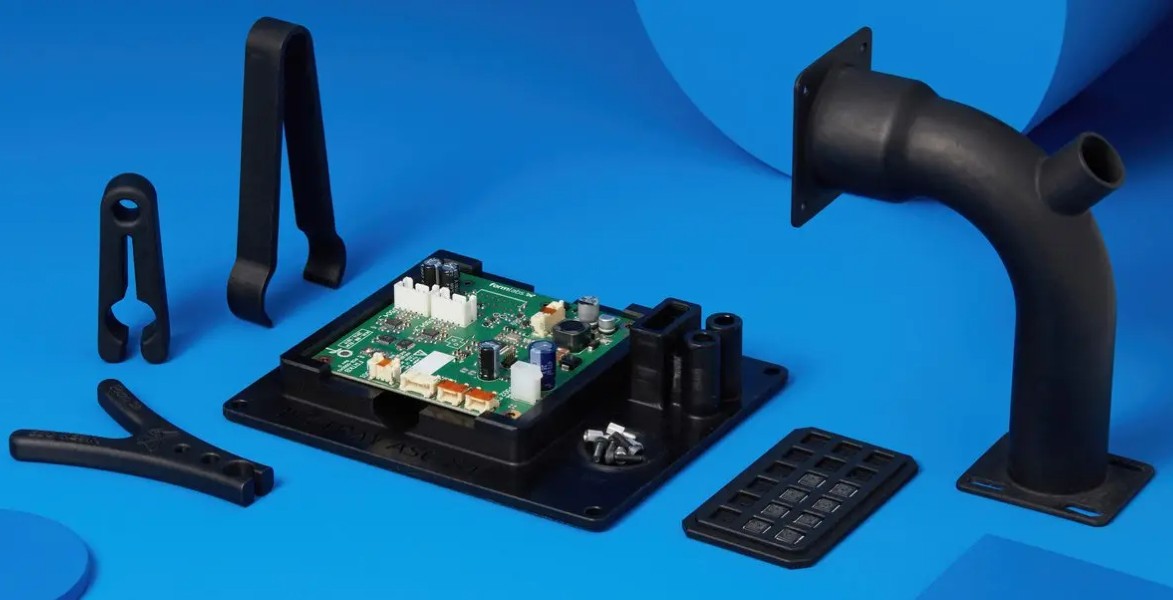 As mentioned, Formlabs has also added an ESD Resin to its product library, marking the first time it has offered a material that dissipates static. This material is vital for printing certain components, particularly ones that will be used to house sensitive electronic hardware.

The company has set its sights on more than just DIY enthusiasts who make their own arcade machines, though. According to Formlabs, the ESD Resin can be used for 3D printing projects across the aerospace, electronics, and automotive industries.

The Formlabs ESD Resin can be purchased in 1 liter quantities from the company’s online store now at $199 USD.