Ford has new robotic test drivers at its Weather Factory

One of the cooler buildings that Ford has for testing its automobiles is called the Weather Factory. At the Weather Factory, Ford can simulate all types of weather when testing its vehicles to ensure they will perform and function no matter the environment they’re placed in. However, with the range of conditions that can be created inside the building, it can become uncomfortable for humans to work for extended periods inside the vehicles.

Ford says it’s particularly difficult for human drivers to perform testing, such as altitude testing. Ford has built a pair of robotic test drivers nicknamed Shelby and Miles to test vehicles no matter the conditions. The names are derived from Carroll Shelby and Ken Miles, two of the main people behind the development of the Ford GT40 and defeating Ferrari at Le Mans.

One benefit of using robots rather than human drivers is that the robots can replicate test requirements perfectly time and time again. Ford’s Weather Factory is located in Cologne, Germany. It’s able to replicate conditions as wide-ranging as those found in the Sahara desert, frigid temperatures of Siberia, and high-altitude conditions found at the top of the highest mountains.

Previously, humans conducted high-altitude testing, but protocols required oxygen to be in the vehicle and medical equipment and paramedics on-site to monitor driver health. The robots can operate with no issues in temperatures from -40 degrees Celsius to 80 degrees Celsius while enduring extreme altitudes. 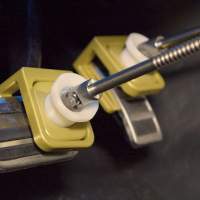 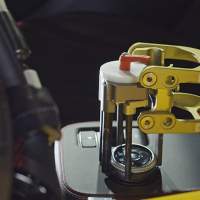 Robots are also programmable for different driving styles. Ford’s robotic creations can handle all aspects of vehicle testing and future legs to work the accelerator and brake as well as the clutch pedal for vehicles with manual transmissions. The bots also have an arm positioned to change gears and another used to start and stop the engine.