Ford expects the mild hybrid powertrain to deliver 17% better fuel economy than versions of the car without the hybrid technology. Ford’s EcoBoost Hybrid electrified powertrain has a 1.0-liter engine that delivers 155 PS and 93 g/km CO2 emissions. The 17% improved fuel economy is compared to the outgoing 1.5-liter EcoBoost used in the Focus.

Ford is also announcing a new true color 12.3-inch LCD instrument cluster along with improved connectivity and ownership experience thanks to the standard FordPass Connect modem. A new feature for that system this year includes an innovative Local Hazard Information system. Ford is also integrating a wireless charging pad and navigation system for the SYNC 3 voice-activated system that features an eight-inch touchscreen. 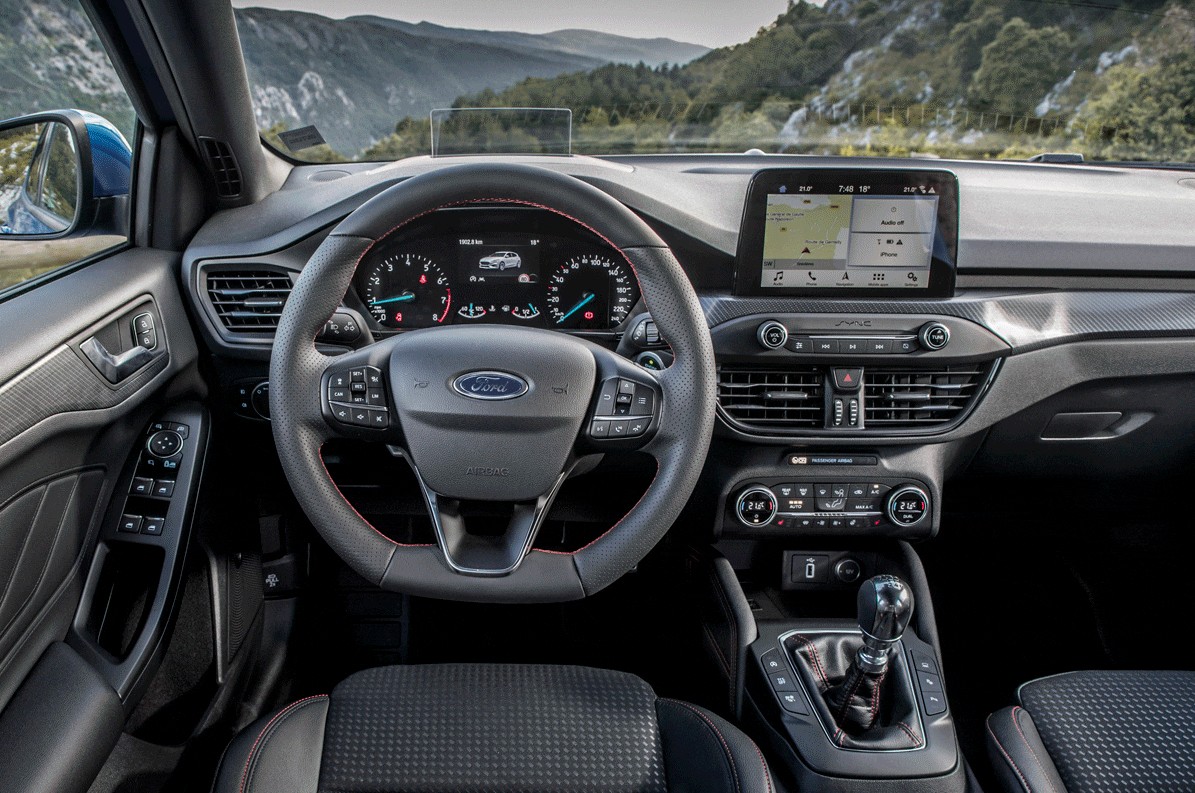 For 2020 Ford continues to offer the Focus in the Titanium, Focus Active crossover, Focus ST-Line, and Focus Vignale specifications. The vehicle will be offered in a five-door wagon and in some markets a four-door body style depending on the version. Ford’s new EcoBoost Hybrid powertrain is offered across the range.

Ford has come a long way with fuel economy and is bragging about a 45% improvement in fuel efficiency compared to the Focus offered a decade ago. Fans of the Focus in the United States are still unable to get the vehicle here. Ford discontinued all cars but the Mustang in the US relying almost entirely on trucks and SUVs in its home market. It’s unclear when the electrified Focus will hit showrooms in Europe.