When we think of fast vehicles, sports cars come to mind. Police agencies don’t use sports cars. They typically turn to sedans like the Dodge Charger, among other vehicles. Many agencies have been moving from sedans to SUVs and trucks for their improved utility. Recently, law enforcement agency testing found that the 2021 Ford F-150 Police Responder was the fastest accelerating of all police vehicles tested.

The Michigan State Police performed the testing. The agency found that overall improvements for the 2021 F-150 Police Responder cut up to 5.8 seconds off its average lifetime compared to the outgoing model. Ford notes that its Police Responder is the only pursuit-rated pickup built specifically for law enforcement in America.

In testing with the Michigan State Police, the truck recorded the fastest 0-60 mph, 0-100 mph, and quarter-mile times out of any vehicle in recent tests. Performance figures are important for law enforcement officers as every second counts in an emergency. Ford’s pickup accelerated faster than all SUVs and sedans. 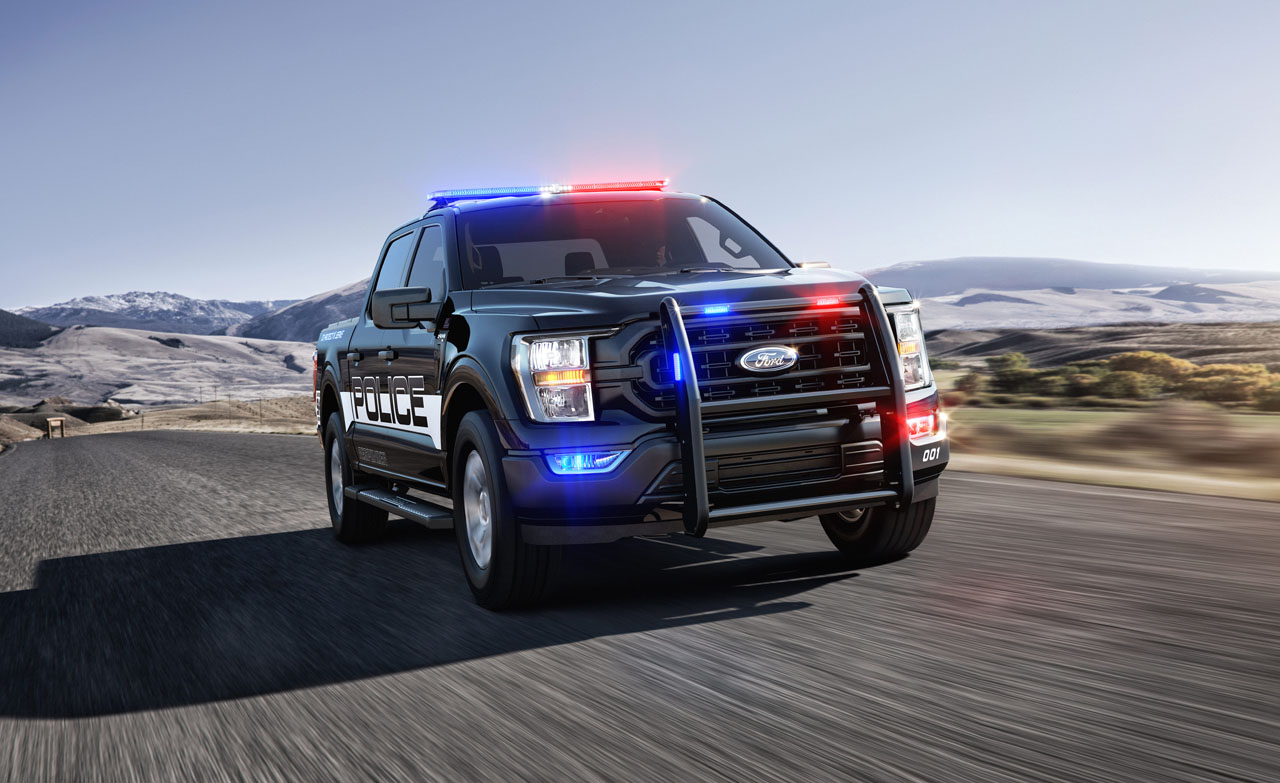 Testing with the LA County Sheriff’s Department showed the Police Responder had a quarter-mile time of 14.4 seconds, making it a full second faster than the outgoing model and 0.4 seconds faster than the closest competitor. Ford says the main drivers of the acceleration improvements are the increased torque and torque-on-demand 4×4 transfer case. The Police Responder uses a police-tuned 3.5-liter EcoBoost that produces 500 pound-foot of torque. The F-150 Police Responder will arrive in police fleets later this fall.