Ford has been working on a trial of a slick-looking exoskeleton that is not meant to make its production line employees stronger. This exoskeleton, called the EksoVest, is meant specifically for workers on the assembly line that must reach above their heads repeatedly during their shifts. Ford says that the vest helps workers that must lift the equivalent weight of a bag of flour or watermelon over their heads up to 4,600 times per day.

That sort of repetitive motion can lead to fatigue and injury for the workers and downtime for the assembly line for the automaker. Since Ford rolled out the exoskeleton in a trial it says that its incidence rate of lost time on the job in 2018 was one of the lowest years on record. Ford plans to use the EksoVest in 15 plants in seven countries around the world to help reduce the physical toll the jobs take on the bodies of the workers.

The exoskeleton is a wearable device designed to support the arms of the worker while they perform overhead tasks like reaching up with a power tool to screw bots to the car’s brace from under the vehicle. The vest fits workers that range from 5′ 2″ tall to 6′ 4″ tall. It gives assistance for lifting weight ranging from five to fifteen pounds per arm.

The workers wearing the exoskeleton say that it is comfortable, light, and not bulky allowing them to move arms easily. The pilot program for the EksoVest was in an assembly plant in Wayne, Michigan and another in Flat Rock over the past year. The workers using the exoskeleton helped to refine the device ahead of launch. 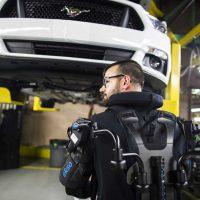 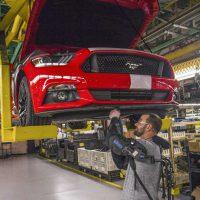 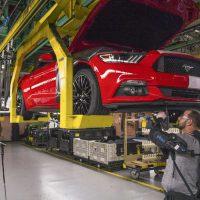 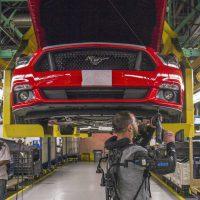