This week Ford is celebrating the 55th birthday of the iconic Bronco SUV. Part of that celebration involves Ford showing off five new adventure concepts for the all-new Bronco and Bronco Sport. The concepts show off factory-backed accessories that allow owners to personalize their Bronco vehicles.

Ford is also talking about the first Bronco Off-Roadeo location and returning to racing the Baja 1000. Among the Bronco concepts is the Bronco Four-Door Outer Banks Fishing Guide. That vehicle was purpose-built to support a professional fishing guide along the Cape Hatteras National seashore. It features a Bestop Sunrider first-row soft top, factory-style concept roof rails and crossbars, along with a Yakima LockNLoad Platform roof rack. It also features a custom fishing rod holder on the front of the hood.

Another concept is the Bronco Two-Door Trail Rig designed to be a hard-core trail rider based on the two-door Badlands series. It features a 40-inch LED light bar, Ford Performance winch, and factory roof rails with a roof rack. The Bronco Sport Trail Rig is also based on the Badlands and features 31-inch tires, and one-inch lift kit, and LED lights. Details on all the concepts can be seen here. 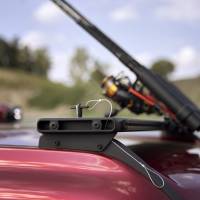 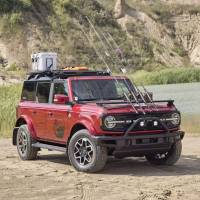 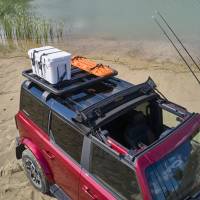 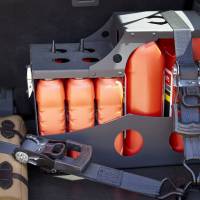 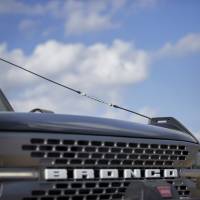 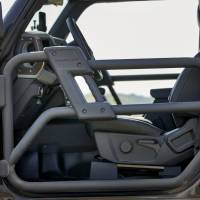 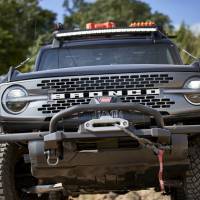 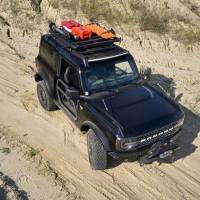 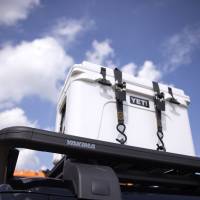 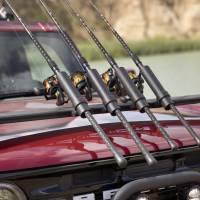 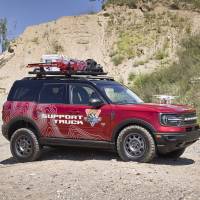 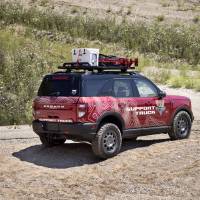 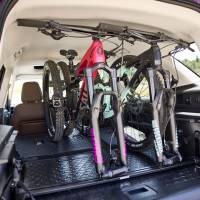 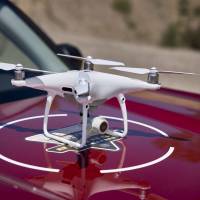 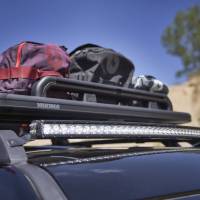 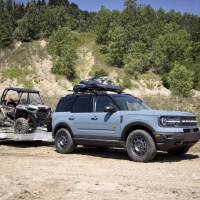 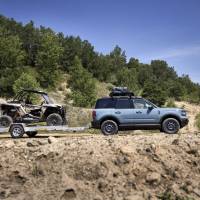 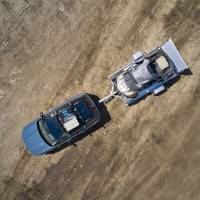 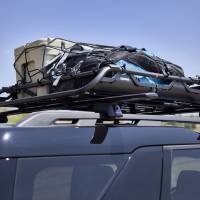 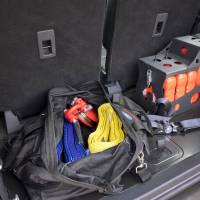 Ford announced Austin, Texas, as its first Bronco Off-Roadeo location. The location will open next summer and is available to two and four-door Bronco owners and Bronco Sport Badlands series owners. The outdoor adventure playground is designed for all skill levels with experiences meant to build confidence and inspire Bronco owners to get out in the wild.

The Bronco R is also returning to the Baja 1000 this fall. It would be based on the bronco four-door chassis and feature a twin-turbo 2.7-liter EcoBoost V6. The concept version raced the Baja 1000 previously, but ran into some issues after an accident.