ForcePhone lets you squeeze your phone to do things

When Apple introduced Force Touch and 3D Touch, it expanded the vocabulary of gestures we can use on smartphones by 1. However, it is still touch-based, short of mind control, the number of ways we can interact with our smartphones are basically limited to touch, voice, and some rudimentary Jedi hand waves. Engineers from the University of Michigan are working on yet another gesture, one that is both interesting yet almost comical at the same time. They want you to be able to squeeze your smartphone, not to death, but to control it.

We already grip are smartphones day in and day out, so squeezing won’t feel that out of placed. It does, however, open up new ways to interact with the device just as Force Touch did with the iPhone. Squeezing your phone to go back a web page is easier than having to either bring up your other hand or tap on the back button. A pattern of squeezes can also be interpreted as a specific action, like dialing 911.

The great thing about this implementation is that it is software based. In other words, it makes use of hardware that is already inside every smartphone: a mic and speakers. The speaker emits a tone at a frequency higher than 18 Hz, far beyond the human ear’s range. The mic, however, is able to pick up that tone. Squeezing the phone or even pressing hard on the screen affects and disrupts the tone, which the mic can then pick up to be analyzed by the software. That, in turn, can be interpreted into different actions, depending on the context. 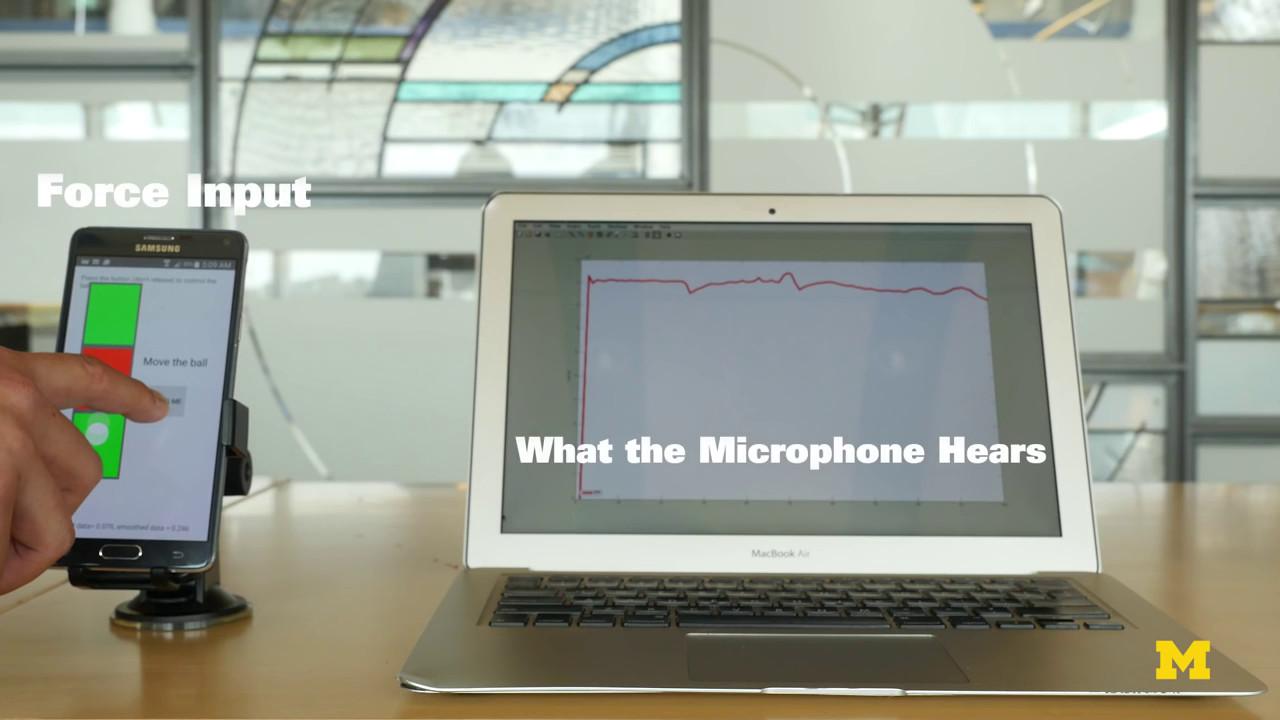 So unlike Force Touch, whether Apple’s or someone else’s implementation, this “ForcePhone” doesn’t require specialized hardware and can, in theory, be implemented on any smartphone. But the applications go beyond the squeezing gesture. It can even be used to implement something like Force Touch, which responds with a different set of actions depending on how hard you’re pressing on the screen.

It’s an interesting idea with very low costs of implementation. It will, however, still need to go through testing, not to mention certification. Even though inaudible, ForcePhone’s tones could be picked up by other equipment which may disrupt their operations as well. It’s also not as fancy as other gestures, so who knows which manufacturer will take up this idea.