Commercial aircraft today all have pretty much the same design. A company called KLM has teamed up with Delft University of Technology (TU Delft) professor Henri Werij to sign a cooperative agreement to work together to make aviation more sustainable. KLM will contribute to the TU Delft research into an innovative flight concept called the Flying-V.

This aircraft embraces an entirely different aircraft design than is common today. The designers say that the Flying-V is much more fuel efficient than models in use today. The aircraft promises to be 20% more fuel efficient than the Airbus A350 said to be the most advanced aircraft flying today. So far TU Delft and KLM have produced a flying scale model and a full-size section of the interior of the aircraft.

Both the flying scale model and interior mock-up will be presented at the KLM Experience Days at Amsterdam airport in Schiphol. The Flying-V was conceptualized as a potential aircraft design of the future and is comparable to the Airbus A350. The flying-V is said to be shorter than the A350 but has the same wingspan.

The size and wingspan allow the A350 to use the existing airport infrastructure, including gates and runways. The aircraft also fits inside the same hangars as the Airbus does. The Flying-V design matches the A350 in other key metrics. Notably, it carries the same number of passengers – 314 in standard configuration – and has the same cargo volume. 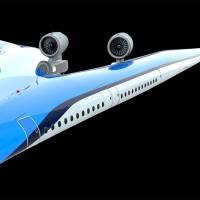 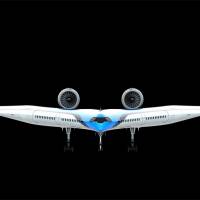 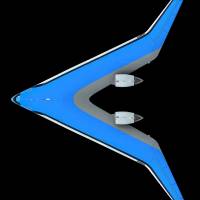 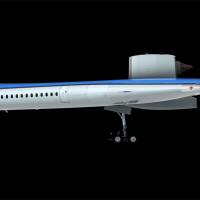 While matching the A350 in those key volumes, the Flying-V is smaller than the A350 giving it less aerodynamic resistance. The concept also offers designers the opportunity to make the passenger experience better in the aircraft putting seating the layout in the wings and redesigning the seats and bathrooms. Flying-V uses the most fuel-efficient turbofan engines that are available and flies on kerosene.