The current music industry pivot back to vinyl maybe have been exaggerated by the media, but it still warms my record-collecting heart to see so many new options available for those who enjoy listening to LPs. This includes a fresh crop of turntables being built by companies outside the mainstream of traditional platter-spinners like Sony, Technics, and Numark.

One of the latest to gain entry to this club is Fluance, an organization that had previously made a name for itself building home theatre audio gear as well as bundled speaker bars and setups. A Kickstarter campaign to help build the Fluance RT80 and RT81 turntables has led to these two products being added to the brand’s line-up.

I had the chance to spend some time with the RT81 and put it through its paces by way of my ever-expanding record collection, which is nearing the point where an intervention might be the safest path forward for my friends and family. 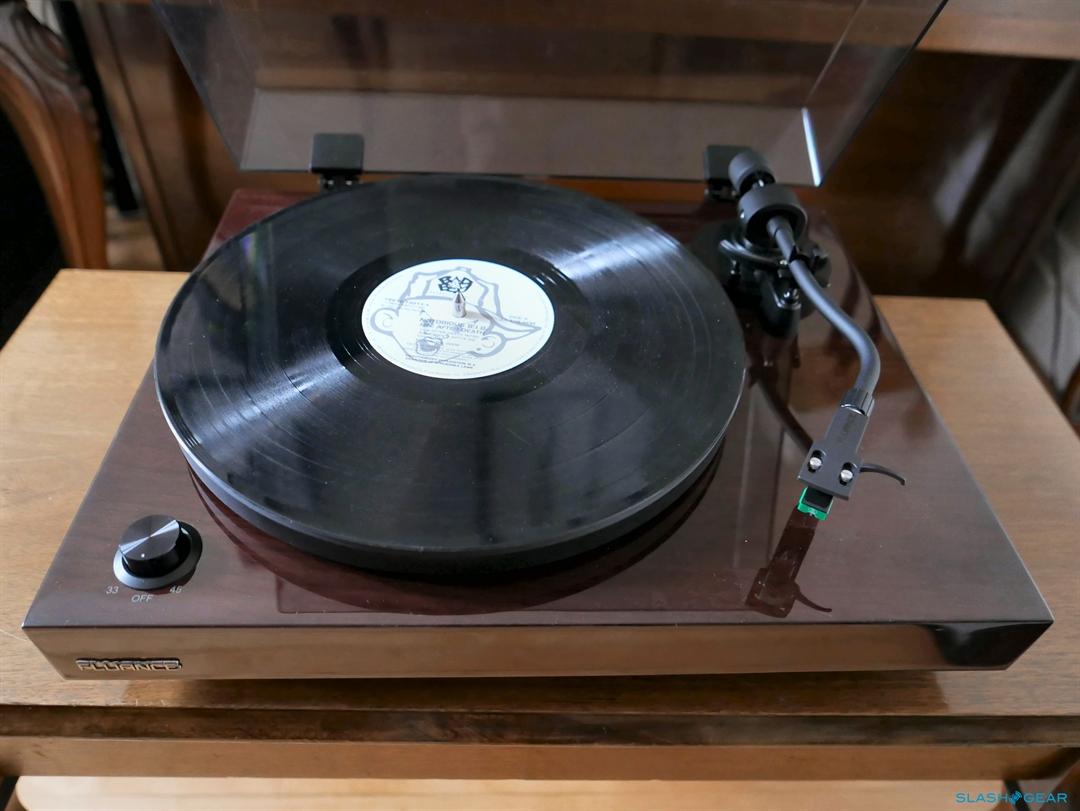 A few things you need to know about the Fluance RT81 right off the bat: it’s an upgrade over the RT80 in two key areas. The first is the cartridge and needle that comes with it, the venerable AT95e from Audiotechnica, which is a nice budget ‘audiophile’ cartridge as compared to the more pedestrian AT91 offered with the RT80.

The RT81 also offers a solid wood body to dampen vibrations and echo, versus the hollow construction of its more affordable sibling.

Of course, ‘affordable’ is a relative term when discussing these two Fluance products, because they really aren’t all that far apart in terms of MSRP. The RT80 stands at $199.00, while the RT81 adds $50 for a price tag of $249.00. This positions both turntables at the entry-level of the consumer vinyl market. 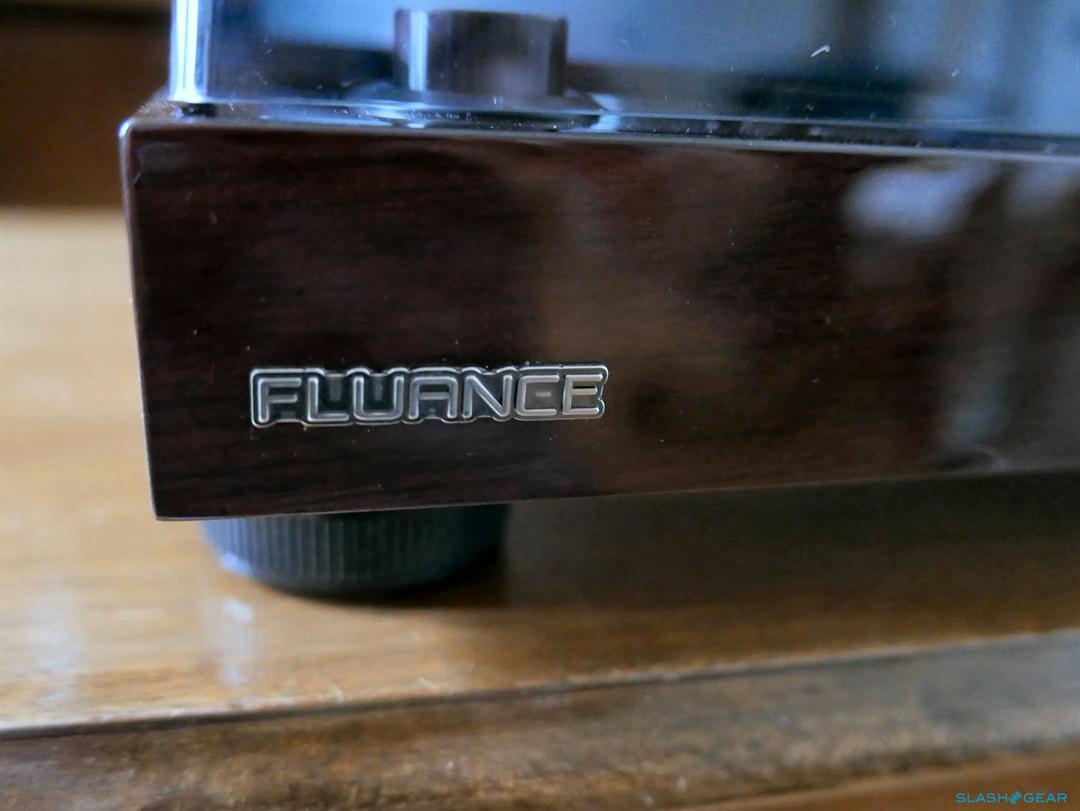 Right out of the box, the Fluance RT81 impresses with its walnut finish and the sheer weight its solid construction lends to its frame. It’s a sturdy implement of musical enjoyment, which had me confident that I wouldn’t need to worry too much about the needle skipping when someone walked by the table it was sitting on.

It also helps that the RT81’s body rests on four circular rubber feet, which are directly attached to the chassis (with no springs visible). 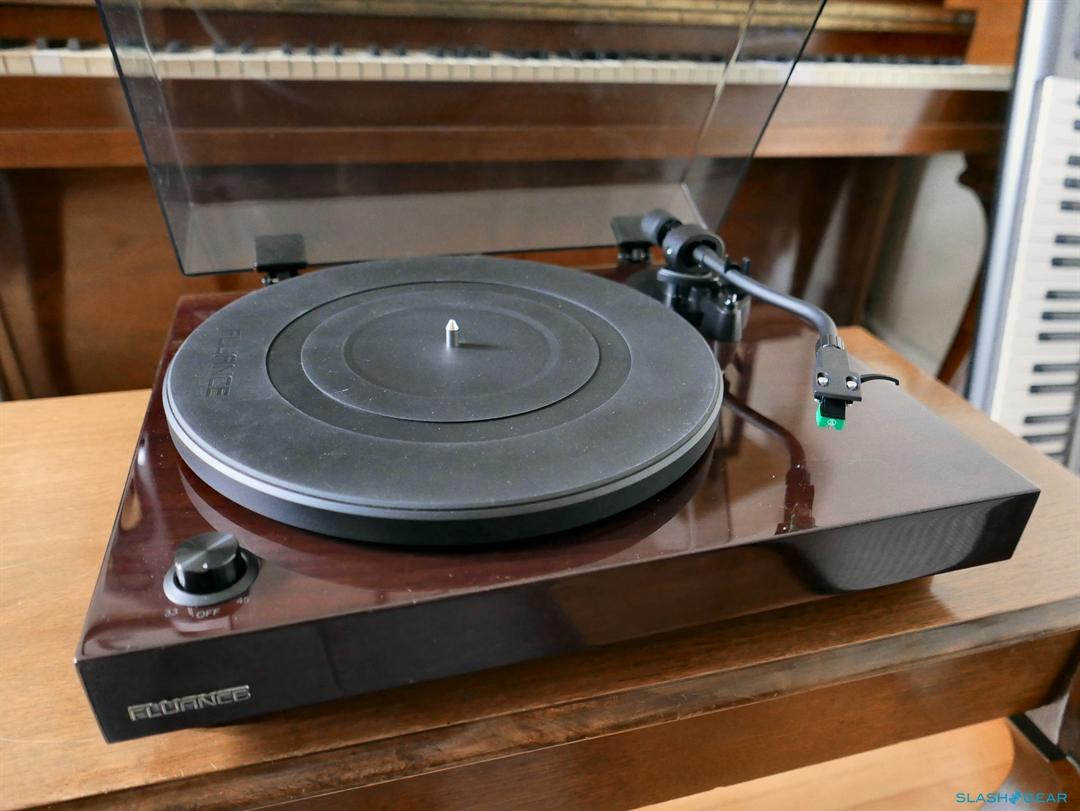 Setup was relatively painless, given that the Fluance deck comes with a discrete power cable as well as a pair of AV cables that include an integrated ground cord. The cables aren’t permanently attached to the turntable, which will make them much easier to replace should they ever wear out or become damaged. A clear plastic dust cover sits over the RT81’s mechanism, and a rubber slip mat (an upgrade over the RT80’s felt unit) is also included.

Once I had attached the AT95e cartridge to the tone arm and properly adjusted the weight and anti-skate settings, it was time to take a listen.

I connected the Fluance RT81 to the sound system I regularly use with my Technics SL1300 when playing vinyl, a Marantz 2230 solid state amplifier connected to a set of early-80s discrete channel speakers. 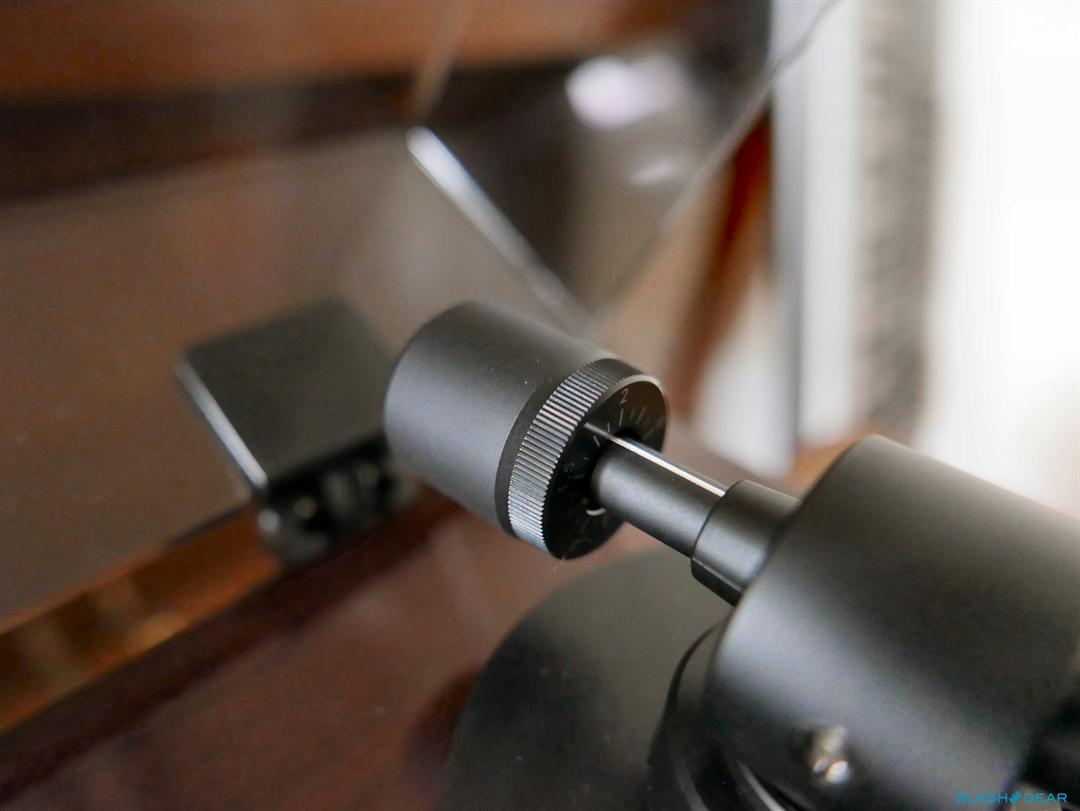 Although its aimed at consumers, the RT81 lacks some of the features you’d find on a higher-end turntable, such as a repeat function or auto-return for the tone arm once a record has finished playing. Also missing: the ability to fine-tune the platter’s speed or adjust pitch.

To its credit, the Fluance deck does automatically stop playback once the needle reaches the lead-out groove, so you don’t hear it bump against the label on an infinite loop. A simple 33 / 45 / Off switch gets things going at the bottom left of the chassis, and this plastic knob was the only part of the RT81’s mechanical bits that felt a little bit cheap. 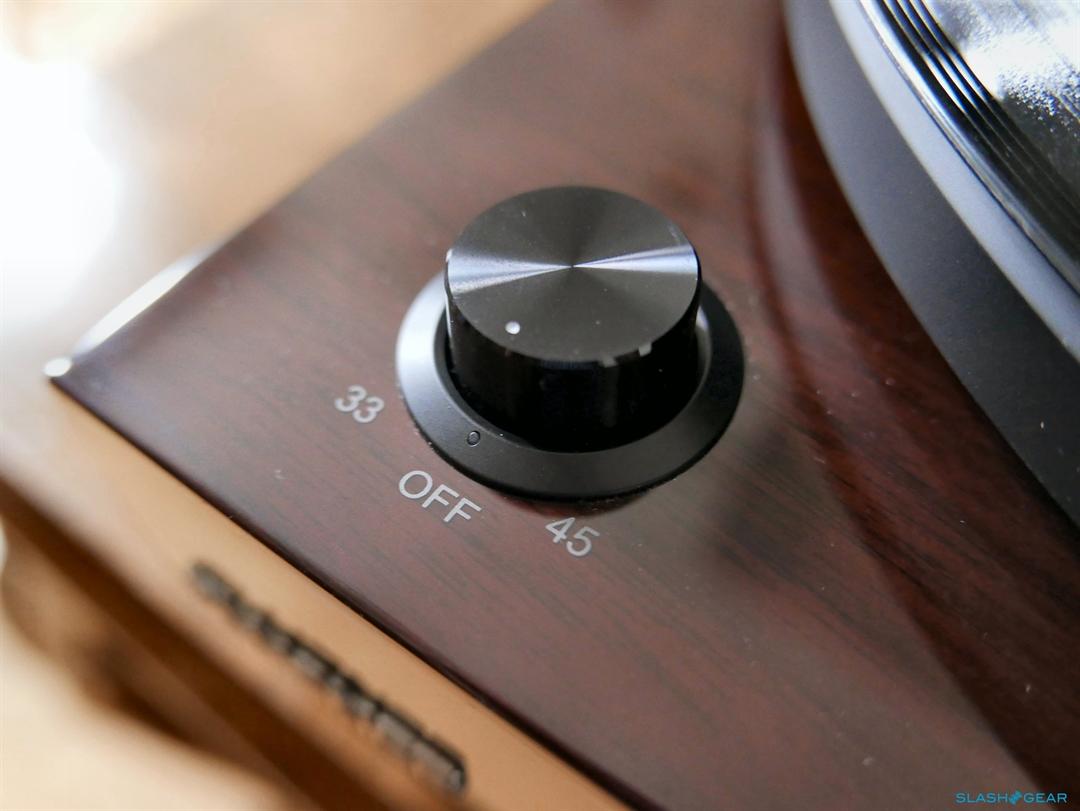 Playback from the RT81 was quite good, with even the deeper bass of hip-hop and some electronic music coming through smooth and clear. For the money, it’s hard to knock the audio quality produced by the turntable, and although it didn’t match the detail and precision of the sound reproduced by my SL1300, if you were to invest in a better cartridge you’d undoubtedly reap the benefits of improved sound.

This is true of almost any consumer-grade turntable, really, but the AT95e is certainly not a bad starting point. 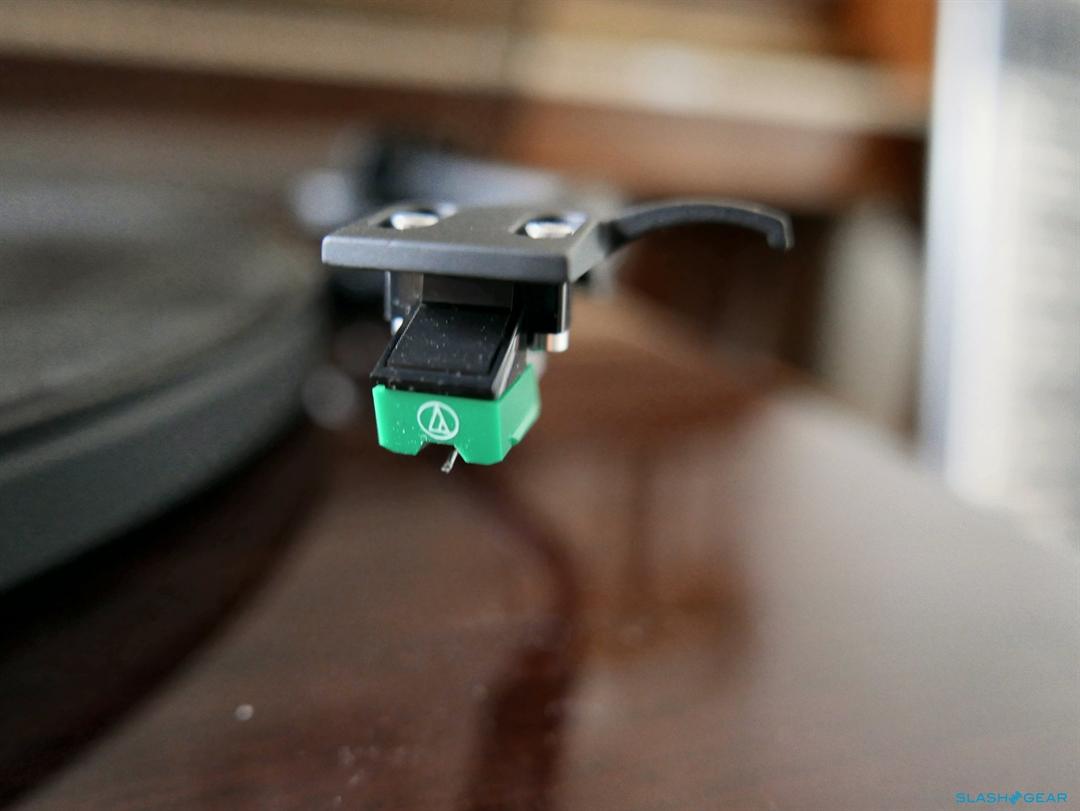 My only real complaint about the Fluance RT81 was the decision to go with a belt-drive design. Over time, a belt-driven turntable is more likely to suffer from pitch variance as the belt connecting the platter to the drive motor eventually loosens, as compared to a direct drive deck that offers a more stable platter speed alongside instant-on torque.

It’s less expensive to build a belt-drive turntable, however, as one doesn’t have to invest as much material in insulating against the vibrations of the direct drive motor, so I can understand the decision to keep costs down on a budget-friendly model like the RT81. 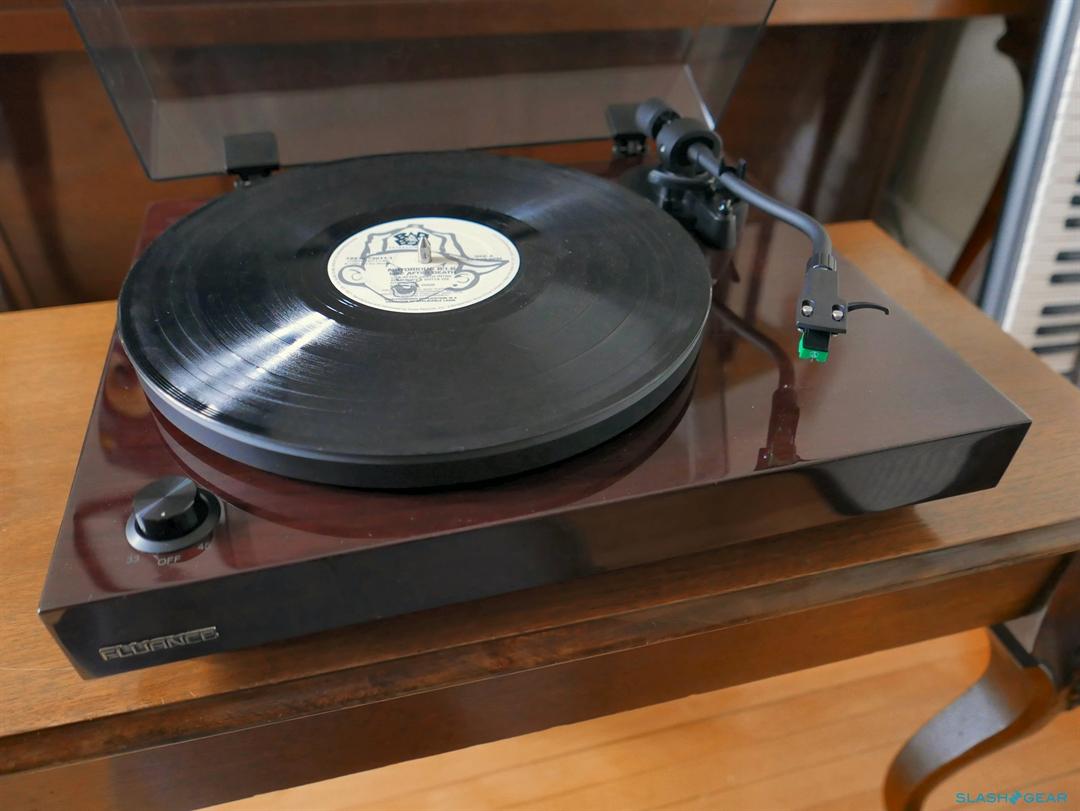 For $249.99, I can put the belt-drive aspect of Fluance’s new deck behind me and appreciate the RT81 for what it is: a slick-looking, walnut-bodied turntable at a very affordable price. With ‘good’ sound quality that’s most likely only a cartridge upgrade away from being elevated to ‘excellent’ status, the RT81 is a clear upgrade over the RT80’s plainer all-black finish and hollow-chassis design.