It is very rare that Square Enix would bring one of its Final Fantasy titles to the PC, so when it does, there is rejoicing. While Final Fantasy XIII might not be up there in the annals of gaming history (because Final Fantasy VII is already available on the PC anyway), it is notable nonetheless because there are actually three games that bear that name.

FF13 is notable for changing the battle system quite a bit again. Taking cues from Final Fantasy XII before it, the 13th FF title eschews those pesky random encounters for a more openly visible map, where you can choose to approach a monster or not to engage in battle. Once the battle starts, however, you get dumped into the traditional battle ground, using the “turn-based” Active Time Battle (ATB) system that introduced way back in FF IV. However, there is a slight twist here as well. You can only control your main character while other members of the party are completely controlled by the game’s AI. 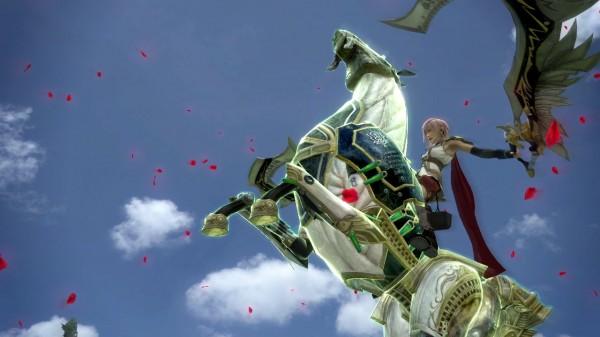 Square Enix isn’t giving out all three titles at once. Final Fantasy XIII is naturally first, coming next month, while Final Fantasy XIII-2 and Lightning Returns Final Fantasy XIII still have no announced dates. FF 13 is available for pre-order now on Steam for $15.99. However, buyers can avail of a 10% discount between now and until it launches on October 9.