As teased earlier in the month, today Fall Guys season 5 was officially revealed. The new season will see the addition of six new rounds, along with a new theme that seems to take a page out of Indiana Jones‘ book. Fall Guys developer Mediatonic also says that it will be experimenting with new gameplay modes throughout the season, giving duos and trios their chance to queue up together.

First and foremost are the season’s new rounds. Joining the Fall Guys round lineup are Treetop Tumble, Stompin’ Ground, Lost Temple, Lily Leapers, Bubble Trouble, and Pegwin Pool Party. It seems that each of these rounds will add some new mechanics; Treetop Tumble, for instance, will be home to log swings and expanding frogs, while Stompin’ Ground will pit players against three mechanical rhinos.

On the other hand, Lulu Leapers appears to be a rhythm-based round where players will have to jump along with the beat of a drum. Bubble Trouble is a new five-way arena round, while Pegwin Pool Party will have players cruising down slides as they attempt to grab Pegwins. Perhaps the most exciting addition is Lost Temple, which Mediatonic describes as its “most ambitious round to date,” as it’s a new final round that will regularly shake up the crown’s location. 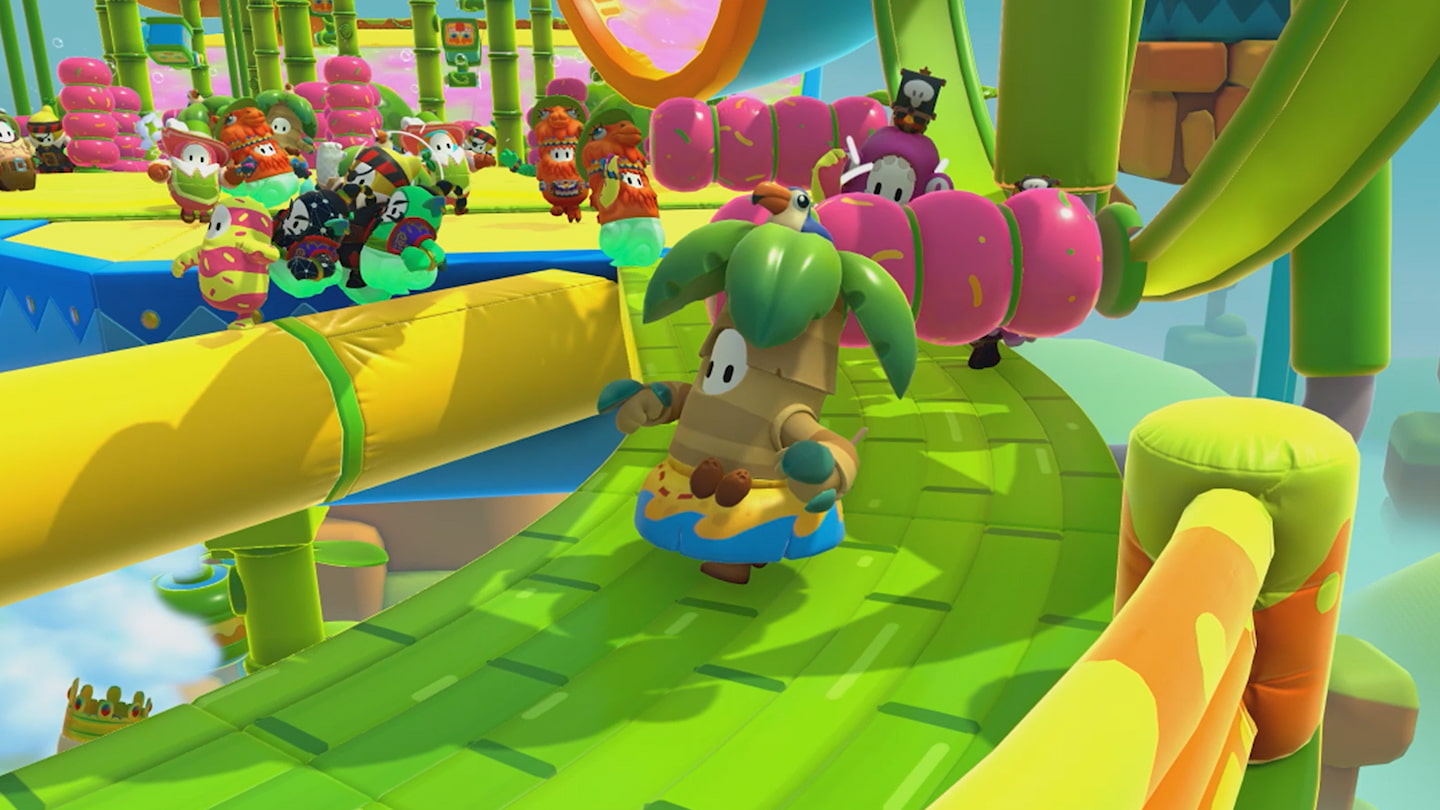 In addition to the new rounds, Mediatonic will be rolling out Limited-Time Events in season 5. We don’t know what the Limited-Time Challenges will entail, but we know that players will earn rare outfits and other cosmetic items by completing them. Mediatonic also suggests that these challenges could be used as vehicles to introduce “special guests,” so we’ll keep an eye out for more on those.

Finally, Mediatonic confirmed today that it will be experimenting with new game modes throughout the season, and two on tap are limited-time Duos and Trios Shows. More details will follow on those later, but for now, look for Fall Guys season 5 to drop tomorrow, July 20th on PC and PlayStation.