Facebook’s new eavesdropping tech is creepy, but might not be as bad as it sounds

If you’re a Facebook user, you’ve likely heard stories of people becoming convinced that the company uses the microphones that are everywhere these days (such as ones on a smartphone or laptop) to spy on its users. While those fears might just be the result of an overactive imagination, a new patent filing is fueling concerns that Facebook might actually be equipped to do just that someday soon.

Though Metro first covered the patent filing about a week ago, it’s getting widespread attention today thanks to a new Mashable report. In that report, we hear about technology that sounds like every privacy advocate’s worst nightmare.

The patent filing itself is densely packed with information, but the technology at the center of it would use high-pitched audio signals that are inaudible to humans and hidden within advertisements or other “broadcast content.” That audio signal could be used to activate a “client device” to record the ambient audio in the room and log an impression – which makes this sound like a system for tracking how many individual impressions an advertising campaign receives.

The abstract of the patent explains the system relies on client devices that are associated with each individual in a household, which has led many to believe that the patent is talking about activating the mic on your smartphone. The patent filing also features a number of images that depict the “client devices” as smartphones, which leaves little to the imagination. All of that, as you can imagine, has resulted in quite a few negative headlines accusing Facebook of once again overreaching when it comes to user privacy. 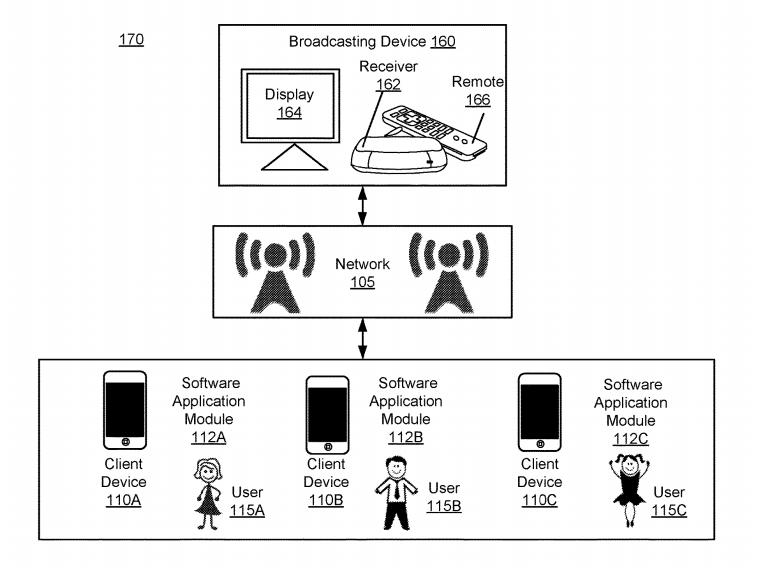 Nilay Patel, Editor-in-Chief of The Verge, has a different take, saying on Twitter that Facebook is essentially developing “Shazam for ads,” while also noting that the claims in the patent make no mention of smartphones. “It’s creepy and weird, but it’s also what you’d expect Facebook to work on while it makes, you know, a smart speaker,” Patel adds. “Nothing in these claims covers triggering a phone mic at all, though.”

Even if this isn’t as bad as it sounds at first blush, this patent filing is being made public at a time where Facebook under pretty intense scrutiny for failing to protect the privacy of its users. Perhaps that’s why the company immediately tried to distance itself from the idea that it would ever actually implement technology it’s looking to patent. When reached by Mashable for comment, Facebook VP and deputy general counsel Allen Lo made a rather interesting statement.

“It is common practice to file patents to prevent aggression from other companies,” Lo said. “Because of this, patents tend to focus on future-looking technology that is often speculative in nature and could be commercialized by other companies.” Lo followed that up by saying, “The technology in this patent has not been included in any of our products, and never will be.”

In the end, we’ll have to wait and see how this all shakes out. Patel could very well be right in claiming that the internet is overreacting, but on the other side of the coin, we won’t hold it against you if you decide to not trust Facebook when it says it will never implement this technology in any of its products.